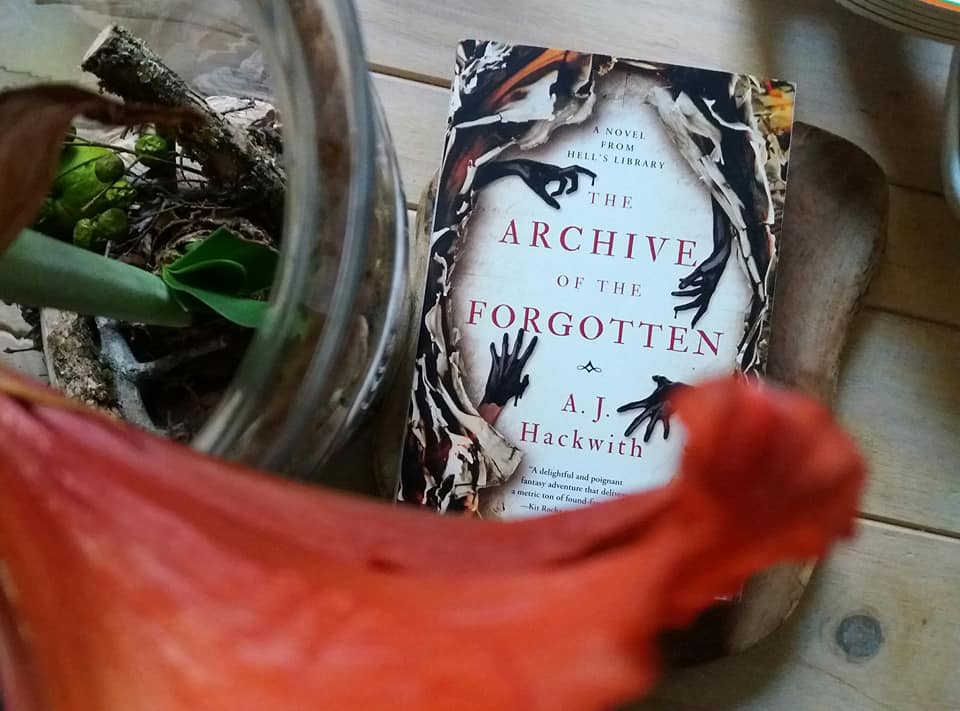 The Library of the Unwritten in Hell was saved from total devastation, but hundreds of potential books were destroyed. Former librarian Claire and Brevity the muse feel the loss of those stories, and are trying to adjust to their new roles within the Arcane Wing and Library, respectively. But when the remains of those books begin to leak a strange ink, Claire realizes that the Library has kept secrets from Hell–and from its own librarians.
.
Claire and Brevity are immediately at odds in their approach to the ink, and the potential power that it represents has not gone unnoticed. When a representative from the Muses Corps arrives at the Library to advise Brevity, the angel Rami and the erstwhile Hero hunt for answers in other realms. The true nature of the ink could fundamentally alter the afterlife for good or ill, but it entirely depends on who is left to hold the pen.

I read The Library of the Unwritten earlier this year and was immediately hooked. The Archive of the Forgotten immediately became my most aniticipated release of the year. I was not dissapointed.

The thing with these books is that it is all about the setting and the characters. The setting of a library in hell of unwritten books with an archive next to it of forgotten items. How does that not immediately appeal?

In this installment the characters are still dealing with the aftermath of the near destruction of the Library of the Unwritten. Claire is now head of the archive which in fact is a demotion. Brevity has become the librarian now. It has caused a big strain on the relationship between the two. Their interactions have gone from librarian and assistant to archivist and librarian. Their roles have changed and neither knows how to truly navigate that. 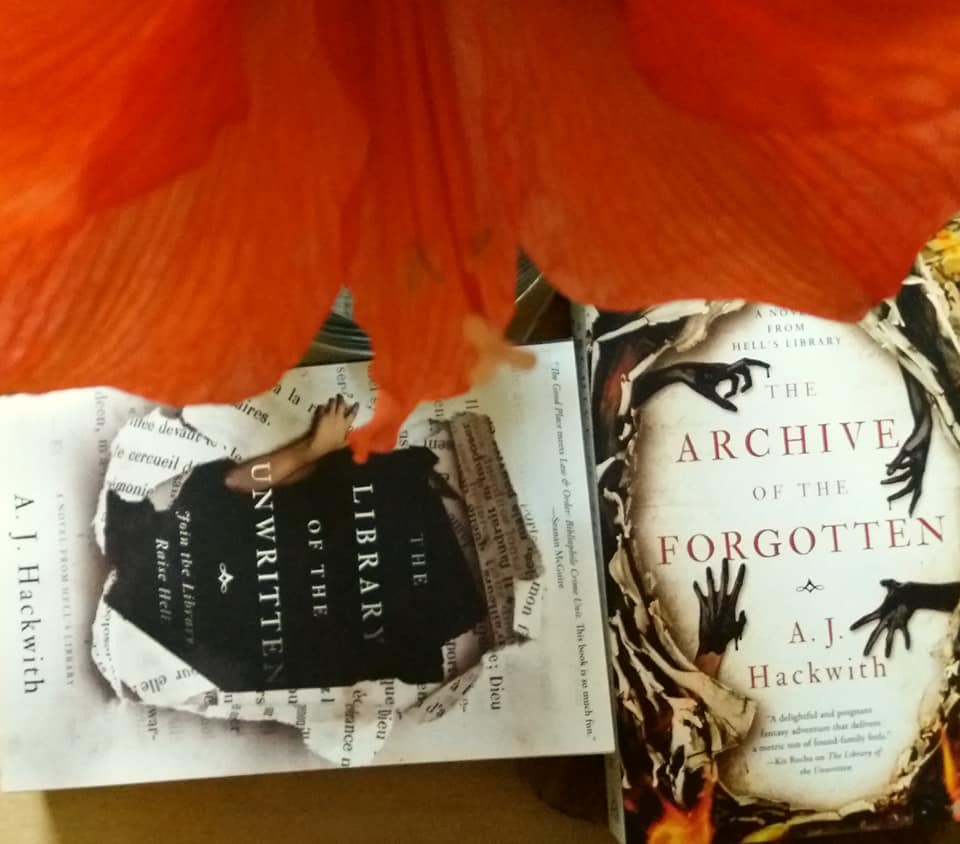 It is one of the biggest conflicts throughout the book that gets fueled extra by a muse friend of Brevity. The plot of the ink well that appears in the archive is secundary to this. It is used to explore the relationships between characters. Not just that of Claire and Brevity. But between Rami and Hero as well.

Hero, as an unwritten character without a book, has been stationed as the new assistant to the librarian while Rami keeps an eye on Claire in the Archive. They are very different kind of characters that try to navigate their bosses incability to communicate. In Hero’s case this consists of throwing his hands in the air, repeatedly.

All in all I enjoyed (read loved) the character relationships, the new deepening that is growing between characters and the setting.