August was a little difficult and so it took me forever to finish this spread coloring wise. It just took so much time that I didn’t really have. But in the end I did. As August was my son’s birthday month I decided to go for a theme he’d like and that was:

Butterbean’s Cafe is a NickJr. show that Merijn likes to watch. Its about fairies who start a cafe. It is cute and fun so it seemed fitting for my sweet tooth of a son, ha. 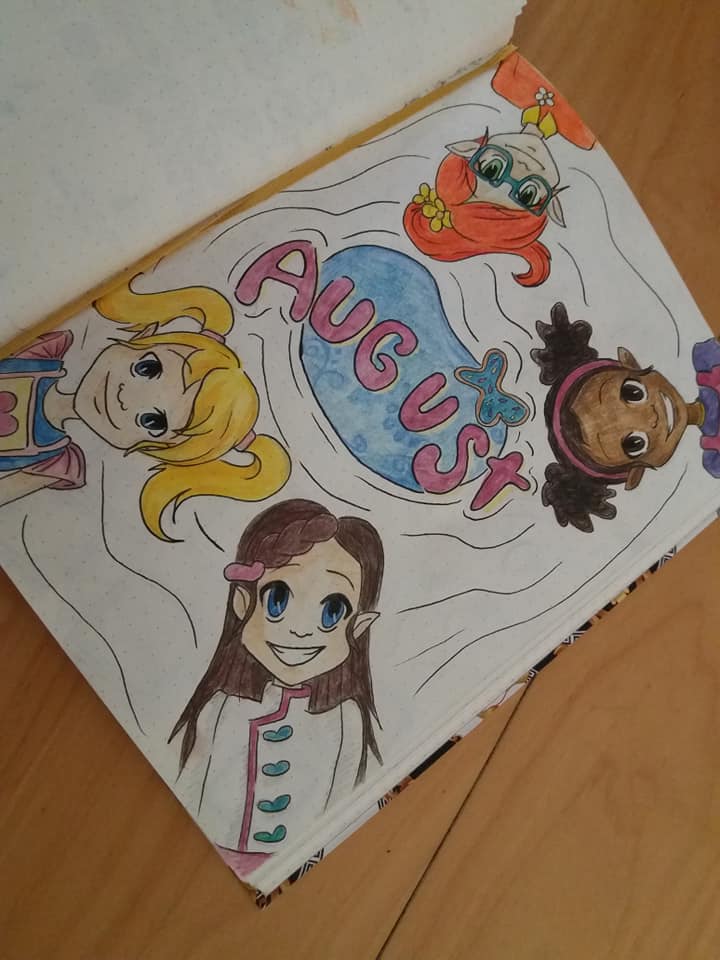 The cover page of August are the girls from Butterbean’s Cafe. There is also a guy but I didn’t feel like attempting to drew him. So I kept him out. I like how the faces are around the August that is based on Butterbean’s Cafes Logo. 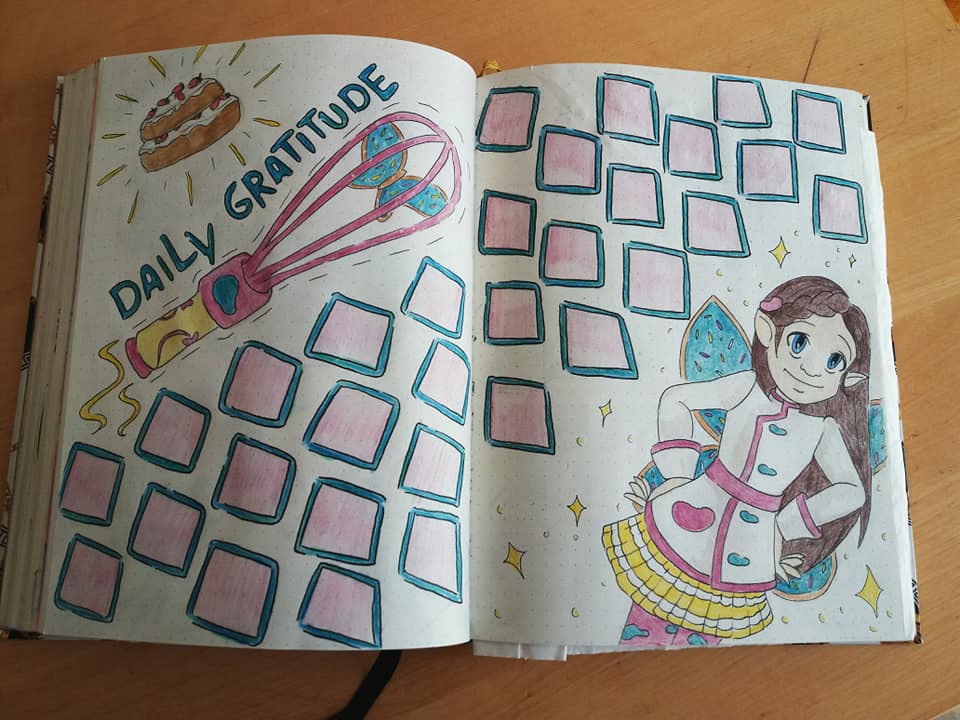 The Daily Gratitude page I did with Butterbean. She is the main character and it seemed fitting to have her with a page like that. She is always positive. I tried something different with the squares but I did it freestyle and it didn’t quite work. 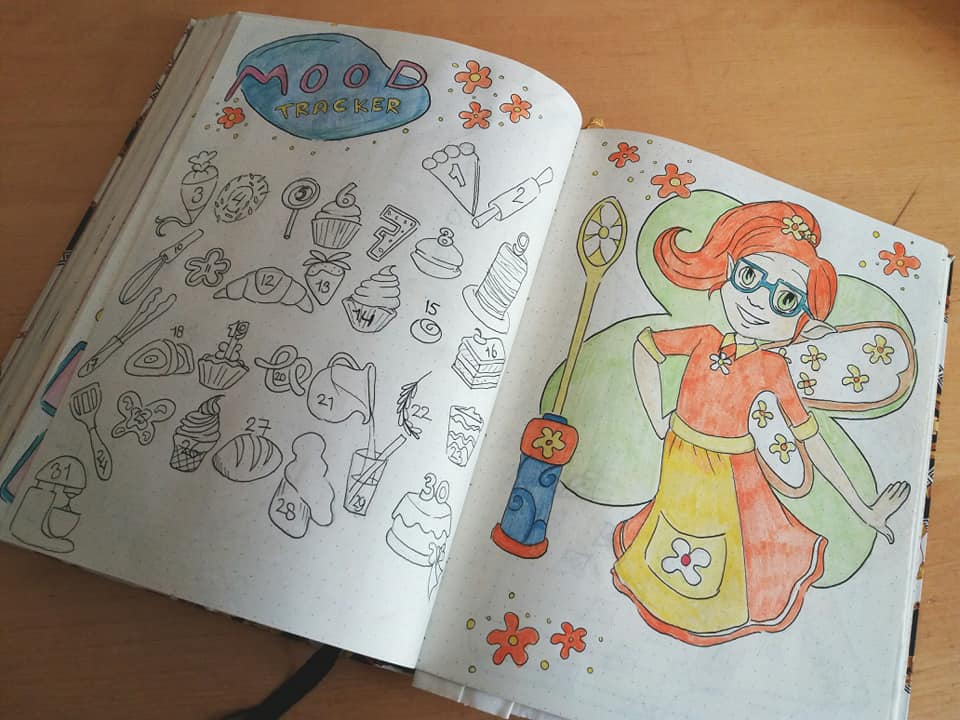 For my mood tracker I went with Poppy. She is the cook and baker. Drawing different kind of baked goodies and other things they made or have used seemed like a great idea for a tracker. But it was a lot of work! 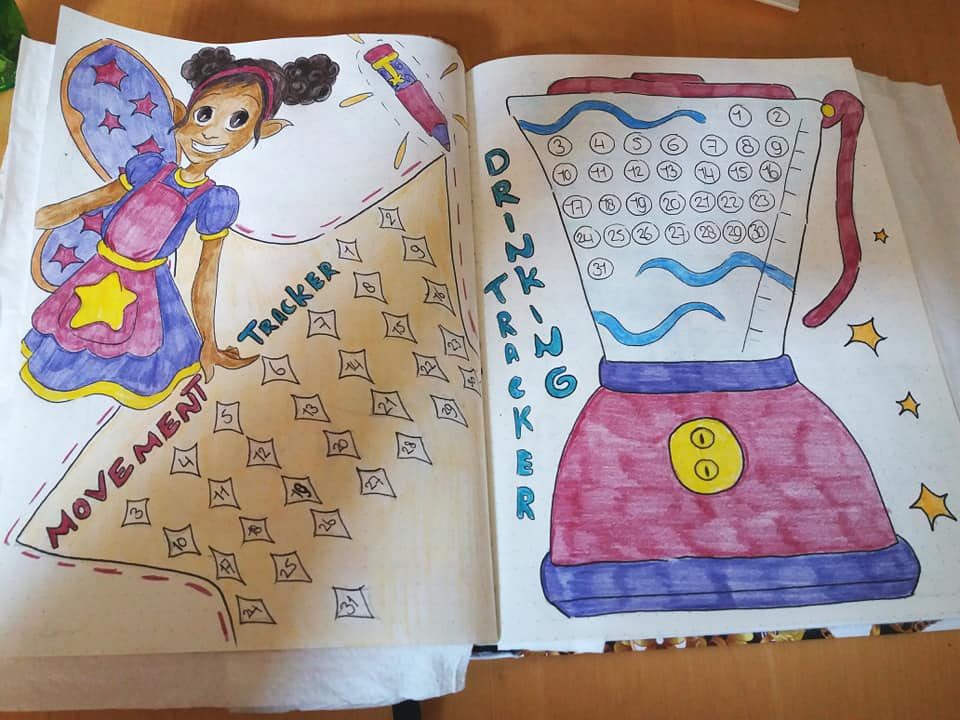 For the movement and drinking tracker I went with Dazzle (I still think it should have been spelled Dashel). She does the front and makes smoothies. I don’t quite like how she turned out but the blender was fun to draw. 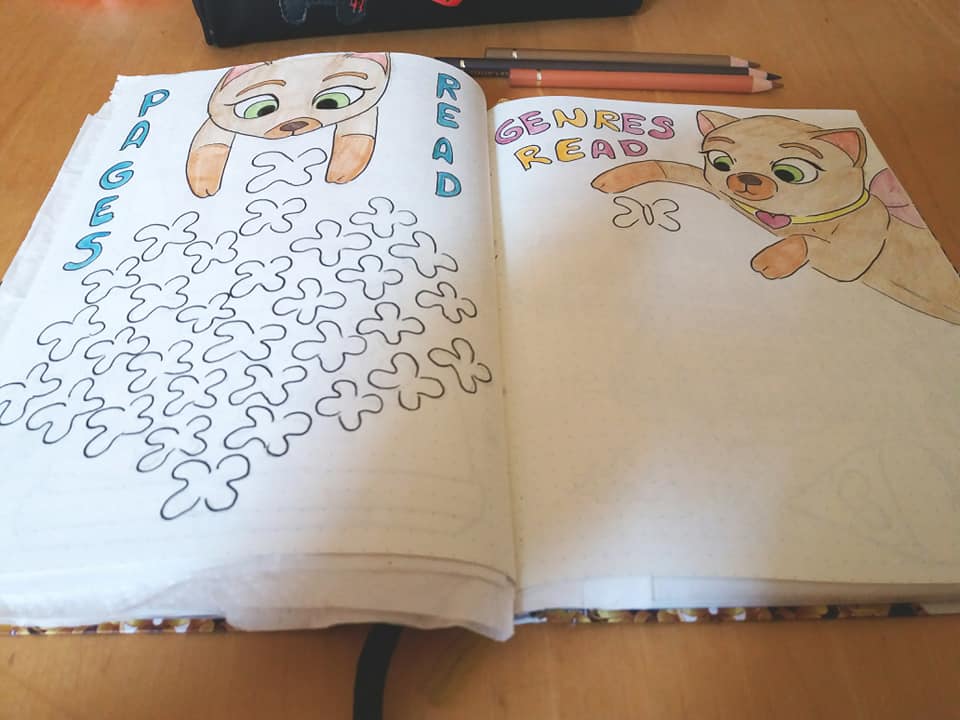 As for the page and genre tracker I simply used Cookie, the cat they  take on midway through the show. I thought that was pretty cute. 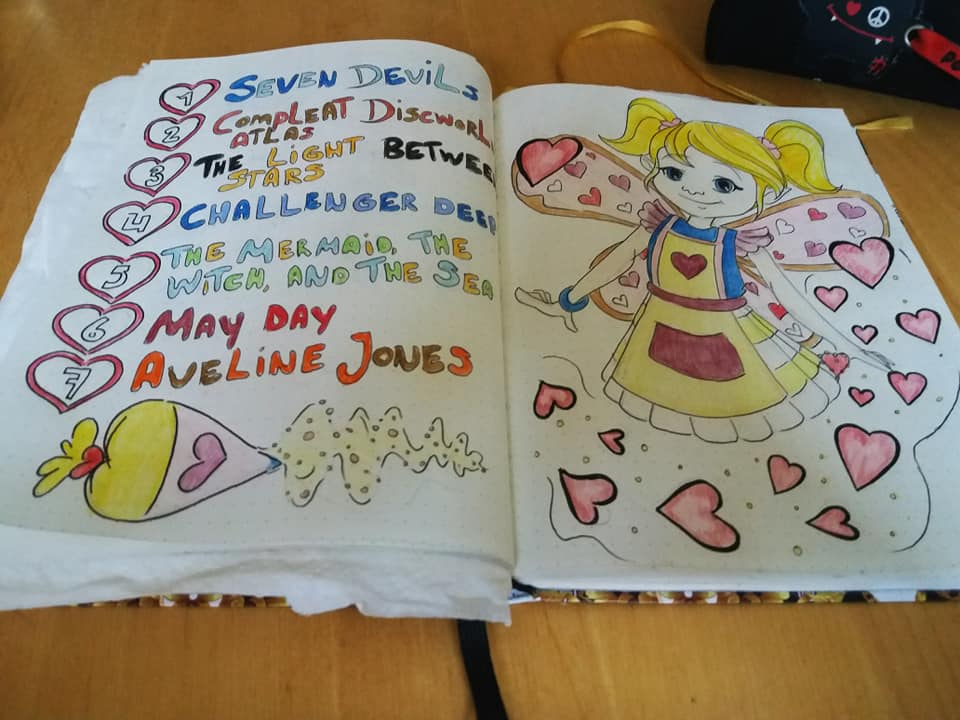 And lastly for the August TBR I went with the younger sister of Butterbean, Crickett. She likes to read and play and it seemed fitting to end it with her.