As some of you may know I have been struggling mental health wise. And at the start of May, as I was preparing to jump on my intended high fantasy TBR, my reading mood took a left turn and I acquired a bunch of Urban Fantasy to satisfy my need.

But what was that need? You can’t always account for the reading mood. It is a bit of a different desire that can just change at the top of a hat. For me this pull towards Urban Fantasy is interesting.

One of the ups of Urban Fantasy for me is that I read urban fantasy rather quickly. This isn’t a dig at the subgenre. But for me the urban setting is just very familiar from consumed media when I was younger. I don’t need much explanations about vampires, werewolves and the whole gang. While some things do get changed, the core is still very much the same and it makes it easy for me to step into.

We also often follow one character as our mc and so I don’t have to keep a lot of storylines seperate. It creates a quicker read for me, and sometimes that is what I need.

Adding onto that is the romance. Now I am not much of a romance person but I do like some to be present every now and then. With urban fantasy I know what I step into romance wise. It is very sexual, flirty, dominance fighting, but it also often takes a few books to go somewhere. I dig that. I mean I like romance that takes longer than a book to get to the I love you and all that. 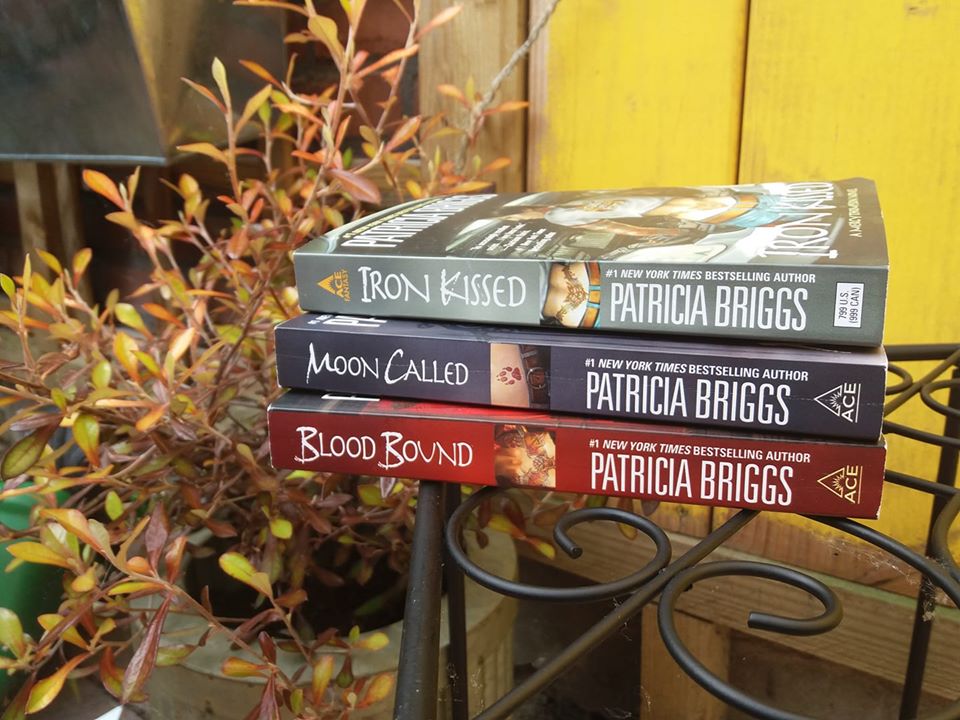 The Others by Anne Bishop
Read the 7 published books.

The Others is set in an alternate urban setting in our world where The Others, as they are called, have control over the world. The Others are creatures of nature. The ones we see are shapeshifters that can go from an animal to a human counterpart. Like wolves, crows etc. But there are also elementals and those close to vampires. Enter a runaway woman, Meg, who can see flashes of the future when she is cut. She gets taken into the world of The Others.

Night Huntress by Jeaniene Frost
Read 2 of the 7 published books.

Cat is a half-vampire, killing the undead to get to her father who ruined her mothers life. When she gets caught by a vampire bounty hunter she ends up agreeing to an exchange. For help to find her father, she will be training with him. Cue sexual tension.

Kate Daniels by Ilona Andrews
Read 6 out of 10 published books.

In this world we settle into Atlanta. The world has suffered a magical apocalypse and it pushes at our technological advances. Kate leaves nearby Atlanta where she tries to hide those that wish to seek out the magic running through her veins. But when her mentor gets killed in Atlanta, she has to find out who did it.

Mercy Thompson by Patricia Briggs
Read 3 out of 13 published books.

Mercy is a very talented mechanic in the Tri-Cities Area of Washington. She also happens to be raised by werewoves, can shift into a coyoto, has a gremlin as mentor, a vampire as friend and a werewolf as neighbor. You know as one does.

Enchanted Inc. by Shanna Swendson
Read 7 out of 9 published book.

Katie thought all the weird things she had been seeing in New York were just normal New York things. Until she gets offered a job that tells her that what she has been seeing has been the New York hidden magical community and that she is immune. Oh and she gets to work with that hot, shy wizard. Sign here?

As a psy Sascha has had to hide her feelings who are considered undesirable to the psy. She feels flawed, damaged. Until she meets Lucas, a changeling, she has to work with. He opens her eyes to the rest of the world.

Mac travels to Dublin from America to find out who killed her sister there. Instead she uncovers a big underlying community of the magical with Fae and Changelings. And she isn’t quite as untainted in all this either…

Rosemary and Rue by Seanan McGuire
Read book 1 of the October Daye series of 18 published works.

Toby is a changeling (half human and half fae). She has turned her back on the fae world until a murder comes knocking on her door…