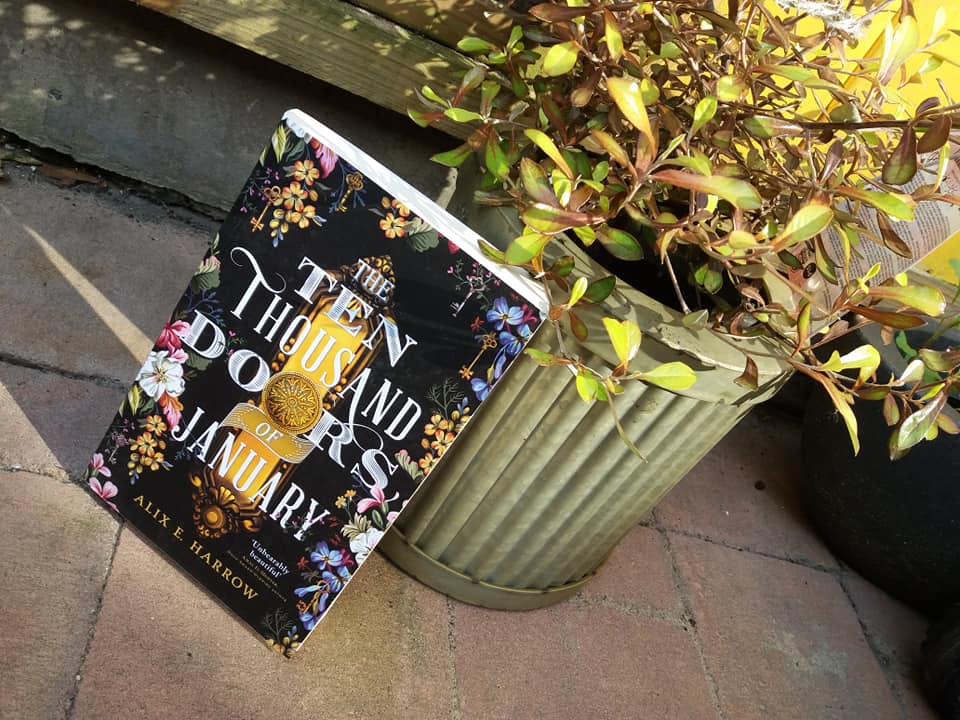 In a sprawling mansion filled with peculiar treasures, January Scaller is a curiosity herself. As the ward of the wealthy Mr. Locke, she feels little different from the artifacts that decorate the halls: carefully maintained, largely ignored, and utterly out of place.
.
Then she finds a strange book. A book that carries the scent of other worlds, and tells a tale of secret doors, of love, adventure and danger. Each page turn reveals impossible truths about the world and January discovers a story increasingly entwined with her own.

The Ten Thousand Doors of January is one of those books that reached me with a slow buzz as it was being loved by bloggers and friends as time passed since its release. I finally sat down to read it at the start of May and read through it in an evening.

The book is a mixture of historical fantasy and portal fantasy and it creates interesting portions to the story. At the base this is a story about a girl who lost her parents when a book tells her their history and her own special ability. Her own special ancestry.  Of course there is much more but I won’t be giving that away.

But in the setting of its time Harrow also manages to throw in an undercurrent of racism, of which our character is more and more aware of as she grows older. I thought that was a really well done addition to the story. Subtle sometimes, in your face the other. Also despite this she also holds a privileged status to other poc because of her upbringing among the rich. That delicate balance became more clear nearing the ending.

Having said that I sometimes missed the whimsical of visiting other worlds. I would have loved to have seen so much more of that.

Regardless The Ten Thousand Doors of January is a very solid fantasy book with a black mc.