Following up my discussion topic of last weekend where I talked about Magical Realism and Fabulism I decided to share a short list of magical realism books. I can’t say I have read a lot of these but I do trust the opinions of the poc and specificially latinx bloggers who have.

Linking up with Top Ten Tuesday (as always, hosted by That Artsy Reader Girl).

One Hundred Years of Solitude by Gabriel Garcia Marguez

The brilliant, bestselling, landmark novel that tells the story of the Buendia family, and chronicles the irreconcilable conflict between the desire for solitude and the need for love—in rich, imaginative prose that has come to define an entire genre known as “magical realism.” 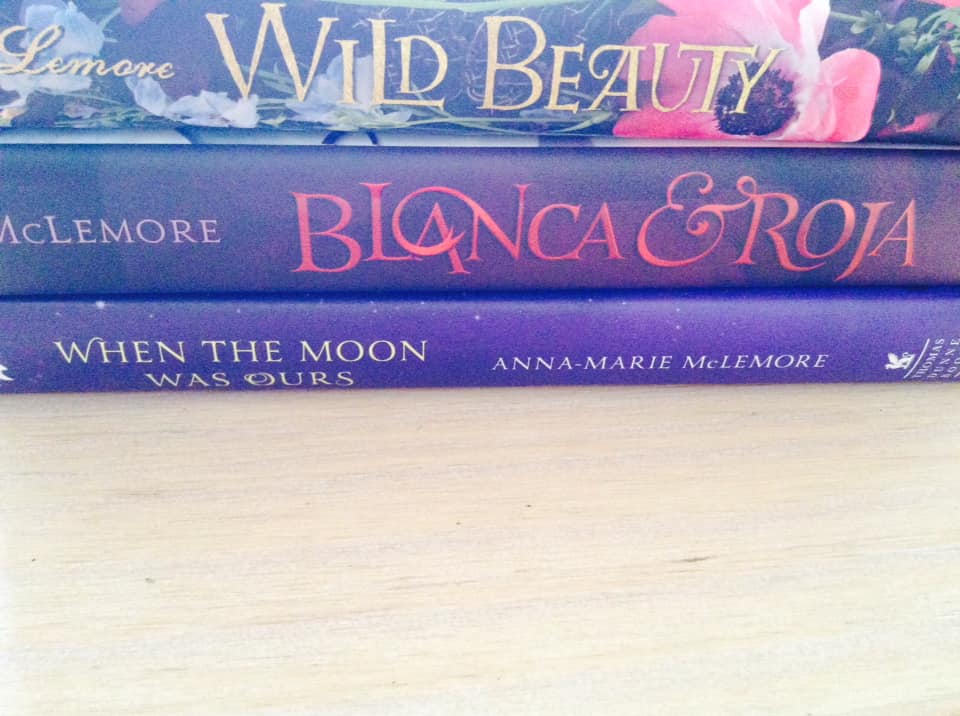 When the Moon was Ours by Anna-Marie McLemore

To everyone who knows them, best friends Miel and Sam are as strange as they are inseparable. Roses grow out of Miel’s wrist, and rumors say that she spilled out of a water tower when she was five. Sam is known for the moons he paints and hangs in the trees, and for how little anyone knows about his life before he and his mother moved to town. But as odd as everyone considers Miel and Sam, even they stay away from the Bonner girls, four beautiful sisters rumored to be witches. Now they want the roses that grow from Miel’s skin, convinced that their scent can make anyone fall in love. And they’re willing to use every secret Miel has fought to protect to make sure she gives them up.

For nearly a century, the Nomeolvides women have tended the grounds of La Pradera, the lush estate gardens that enchant guests from around the world. They’ve also hidden a tragic legacy: if they fall in love too deeply, their lovers vanish. But then, after generations of vanishings, a strange boy appears in the gardens.
.
The boy is a mystery to Estrella, the Nomeolvides girl who finds him, and to her family, but he’s even more a mystery to himself; he knows nothing more about who he is or where he came from than his first name. As Estrella tries to help Fel piece together his unknown past, La Pradera leads them to secrets as dangerous as they are magical in this stunning exploration of love, loss, and family.

Summer, 1518. A strange sickness sweeps through Strasbourg: women dance in the streets, some until they fall down dead. As rumors of witchcraft spread, suspicion turns toward Lavinia and her family, and Lavinia may have to do the unimaginable to save herself and everyone she loves.
.
Five centuries later, a pair of red shoes seal to Rosella Oliva’s feet, making her dance uncontrollably. They draw her toward a boy who knows the dancing fever’s history better than anyone: Emil, whose family was blamed for the fever five hundred years ago. But there’s more to what happened in 1518 than even Emil knows, and discovering the truth may decide whether Rosella survives the red shoes.
.
With McLemore’s signature lush prose, Dark and Deepest Red pairs the forbidding magic of a fairy tale with a modern story of passion and betrayal.

The biggest lie of all is the story you think you already know.
.
The del Cisne girls have never just been sisters; they’re also rivals, Blanca as obedient and graceful as Roja is vicious and manipulative. They know that, because of a generations-old spell, their family is bound to a bevy of swans deep in the woods. They know that, one day, the swans will pull them into a dangerous game that will leave one of them a girl, and trap the other in the body of a swan.
.
But when two local boys become drawn into the game, the swans’ spell intertwines with the strange and unpredictable magic lacing the woods, and all four of their fates depend on facing truths that could either save or destroy them. Blanca & Roja is the captivating story of sisters, friendship, love, hatred, and the price we pay to protect our hearts.

The Astonishing Color of After by Emily X.R. Pan

Leigh Chen Sanders is absolutely certain about one thing: When her mother died by suicide, she turned into a bird.
.
Leigh, who is half Asian and half white, travels to Taiwan to meet her maternal grandparents for the first time. There, she is determined to find her mother, the bird. In her search, she winds up chasing after ghosts, uncovering family secrets, and forging a new relationship with her grandparents. And as she grieves, she must try to reconcile the fact that on the same day she kissed her best friend and longtime secret crush, Axel, her mother was taking her own life.

The House of the Spirits by Isabel Allende

Here is patriarch Esteban, whose wild desires and political machinations are tempered only by his love for his ethereal wife, Clara, a woman touched by an otherworldly hand. Their daughter, Blanca, whose forbidden love for a man Esteban has deemed unworthy infuriates her father, yet will produce his greatest joy: his granddaughter Alba, a beautiful, ambitious girl who will lead the family and their country into a revolutionary future.