I realized a good while into May that I had forgotten to set up a post for Best of the Bunch in April. In April I read a total of 11 books of which 5 were novella’s. But hey, they count. I also had four 5 star reads of which 2 were rereads. So at least it was a good reading month. 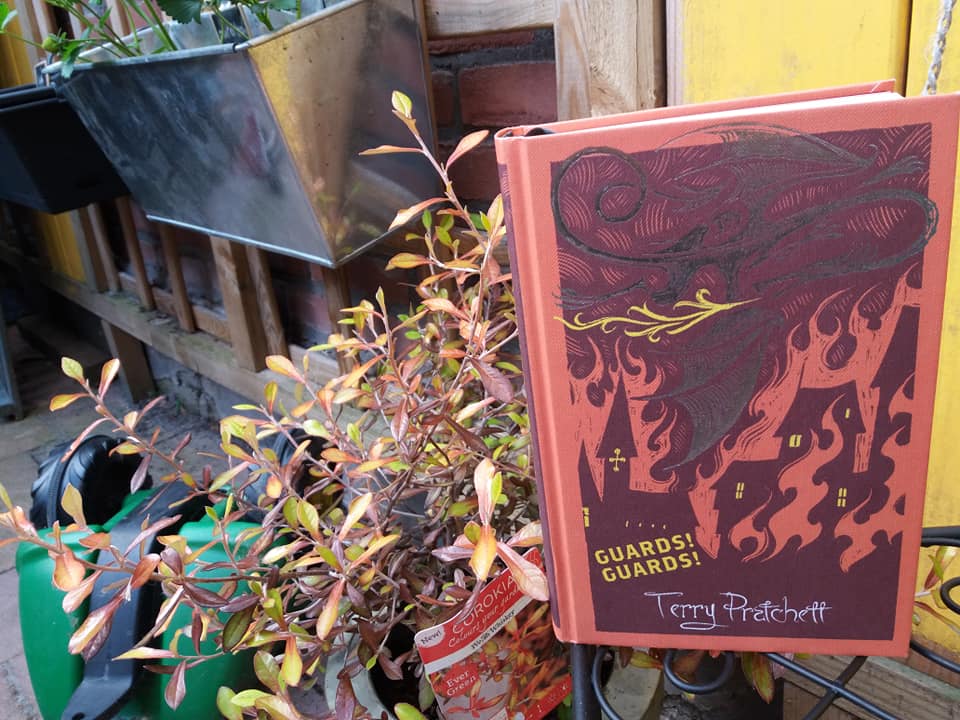 This is where the dragons went. They lie … not dead, not asleep, but … dormant. And although the space they occupy isn’t like normal space, nevertheless they are packed in tightly. They could put you in mind of a can of sardines, if you thought sardines were huge and scaly. And presumably, somewhere, there’s a key…

Guards! Guards! is the first City Watch arc book as part of Pratchett’s Discworld series, and it is one whole trip. I’d seen illustrations and heard stories but had yet to read anything about the City Watch.

It had dragons as you can see from the cover but that doesn’t always guarantee a good story. I was hesitant at the start but then Pratchett used his magic and I fell in love. With the characters and their interactions. The Swamp dragons. I can’t wait to see what else will be up for our great characters!