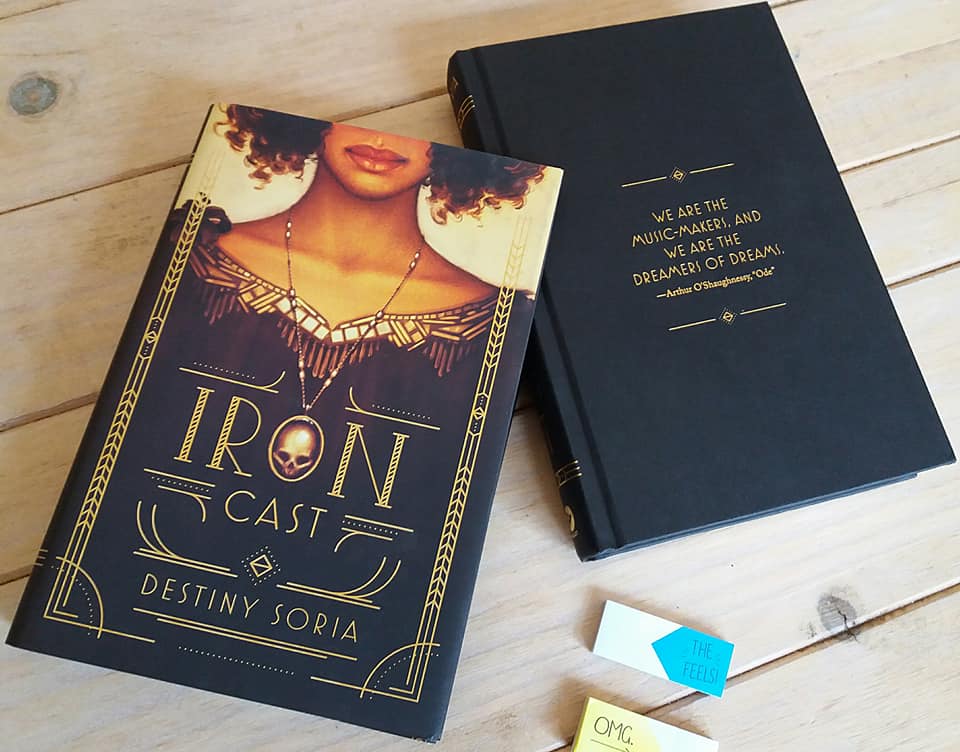 In 1919, Ada Navarra—the intrepid daughter of immigrants—and Corinne Wells—a spunky, devil-may-care heiress—make an unlikely pair. But at the Cast Iron nightclub in Boston, anything and everything is possible. At night, on stage together, the two best friends, whose “afflicted” blood gives them the ability to create illusions through art, weave magic under the employ of Johnny Dervish, the club’s owner and a notorious gangster. By day, Ada and Corinne use these same skills to con the city’s elite in an attempt to keep the club afloat.
.
When a “job” goes awry and Ada is imprisoned, she realizes they’re on the precipice of danger. Only Corinne—her partner in crime—can break her out of Haversham Asylum. But once Ada is out, they face betrayal at every turn.

After reading Beneath the Citadel I was all pumped for reading Iron Cast by this author. And while it is a different kind of book because of the historical aspects, it is also a very good read.

Iron Cast has a unique magic system where hemopaths are allergic to iron but also have unique abbilities. A lot of these abbilities have to do with creativity. Songsmiths, wordsmiths, shapeshifters, artists. I loved that in the book. I also liked the questioning of the trust one can have in hemopaths and if it is right to twist things in someone’s head through characters that were not hemopaths.

While I didn’t love Ada and Corinne as much as seperate characters (though they were fine to follow), their friendship was fierce. They had each others back at all time even though they didn’t always agree with each other about things. Things were talked about or something left to the side. But they always knew the other was right there. And while I wasn’t as invested in them perse, their relationship and emotions for each other, especially if they got betrayed, were so real on the page that it made me feel it for those moments too.

I enjoyed how some things were dealt with like family as well. Ada and her mother and the imprisonement of her father. Corinne who distrusts her rich family but who in the end have her back regardless. These things gave me all the little feels.

There were some twists and turns at the end there that I hadn’t entirely anticipated and the last 100 pages were a bit of wild ride.  The middle stalled a little as not that much happened. But the ending made up for that.

All in all a very solid book and I am now eagerly awaiting Destiny Soria’s dragon book in 2021.