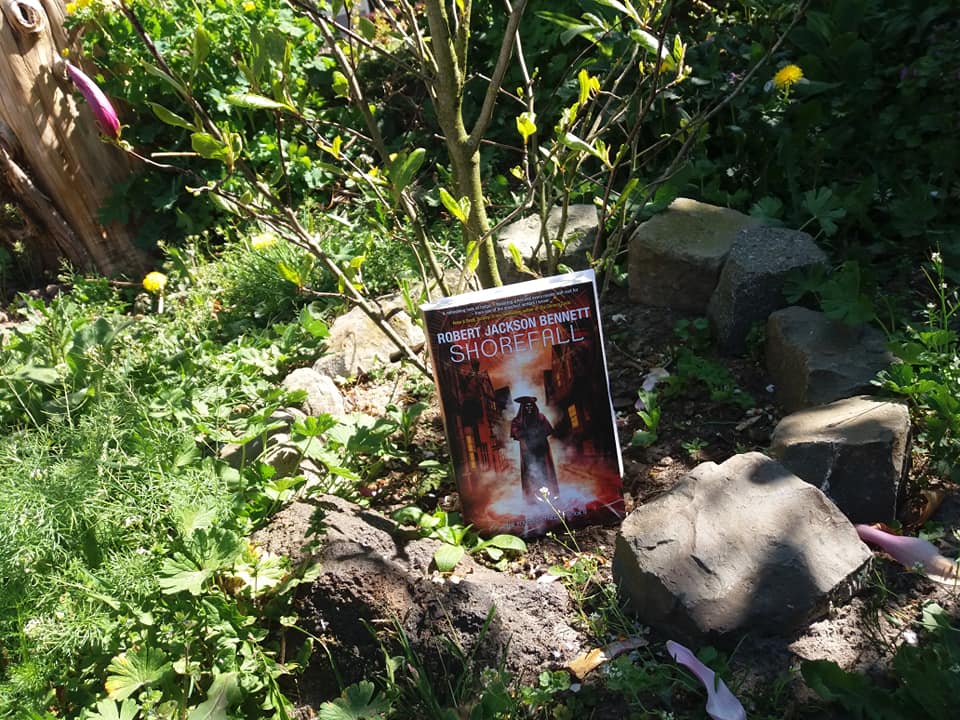 Thank you to Milly Reid and Jo Fletcher Books for the review copy in exchange for an honest review. This does not change my opinion in anyway.

The upstart firm Foundryside is struggling to make it. Orso Igancio and his star employee, former thief Sancia Grado, are accomplishing brilliant things with scriving, the magical art of encoding sentience into everyday objects, but it’s not enough. The massive merchant houses of Tevanne won’t tolerate competition, and they’re willing to do anything to crush Foundryside.
.
But even the merchant houses of Tevanne might have met their match. An immensely powerful and deadly entity has been resurrected in the shadows of Tevanne, one that’s not interested in wealth or trade routes: a hierophant, one of the ancient practitioners of scriving. And he has a great fascination for Foundryside, and its employees – especially Sancia.
.
Now Sancia and the rest of Foundryside must race to combat this new menace, which means understanding the origins of scriving itself – before the hierophant burns Tevanne to the ground.

Shorefall is one of my most anticipated reads of 2020, and one that I had been eagerly awaiting since I read the first book back in 2018. Foundryside and Sancia stuck in my head and would not let me go. And being in someone’s head seems to be a theme of this book conveniently. 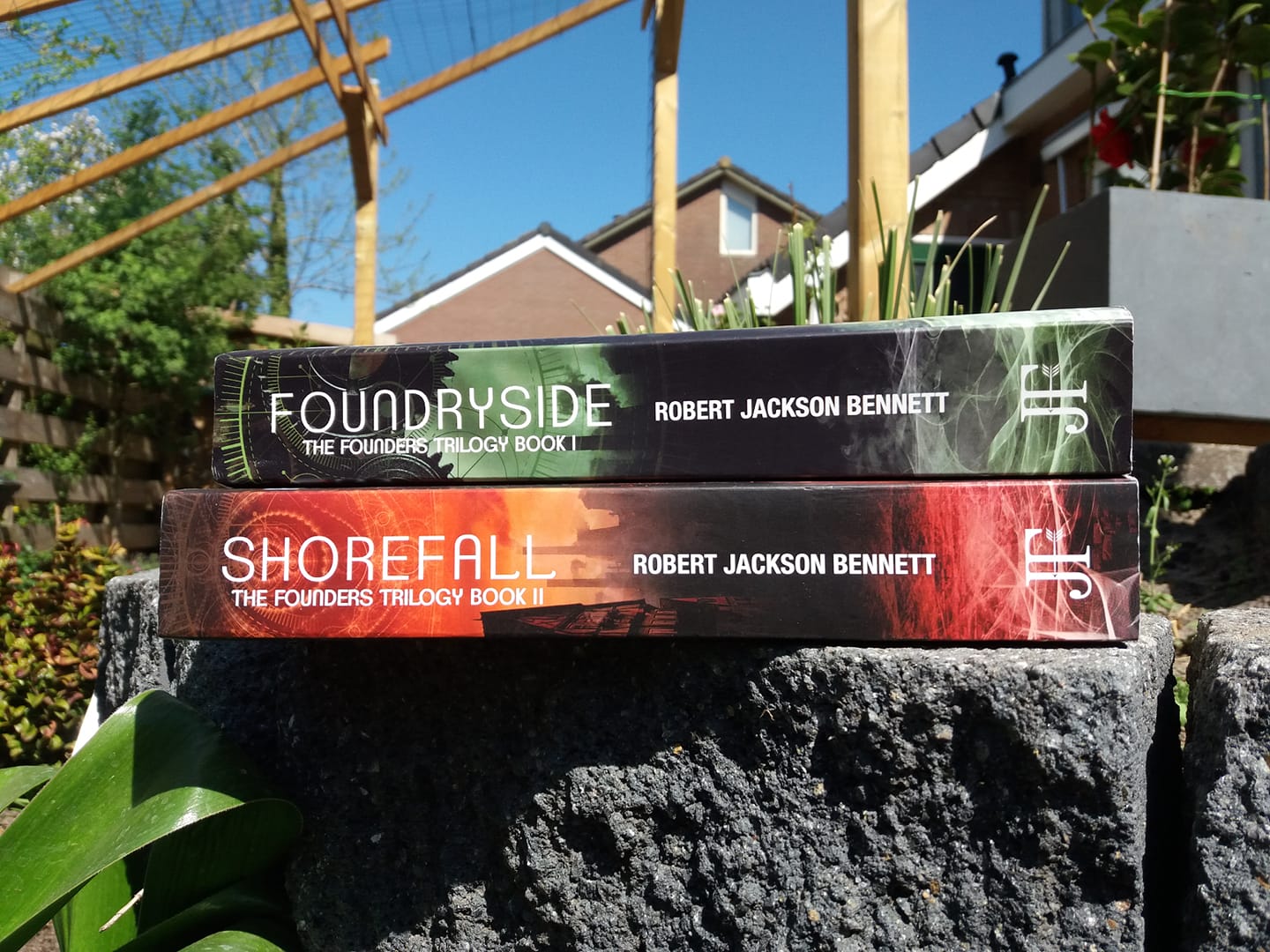 Shorefall is set about 3 years after Foundryside. Orso, Sancia, Gregor and Berenice are trying to set up their scriving company and need one big heist to kick a blow at the establishment. It doesn’t quite go without a hitch and at the end of it they are rewarded by a threat of impending doom. Yeah thanks. And off we go into a whirlwind of happenings.

This book is a lot more action packed and less character driven than Foundryside was. There are a lot of intricate world buildings and plots going on and one does need to keep their head on straight when reading this book. It does make it a bit of a different beast from the first book.We get thrown from one thing to the next, never quite enough recovery for the heart. Just like the characters are feeling I expect.

That isn’t to say there isn’t any character growth or no attention for the characters. Of course there is. Sancia and Berenice their relationship has of course already existed 3 years prior to this book but through a binding they find more of each other. It was interesting to read about. And sometimes they are disgustingly yucky with each other haha, as they should be.

I do feel like I wanted more dept with Gregor. We did get that but mostly through others experiencing his memories or his mother. Gregor himself didn’t really want to go there. He didn’t want to open up after everything. But it did put him more to the background for me than he was in Foundryside.

Oh Crasides, our villian. I almost liked him. Especially at the end there. He just has so much in him than just the outwardly ‘I want to change the world’ and his relationship with Cleff is so complicated. I really do need more on their relationship.

I also liked the addition of the slaves camps in the outskirts. That there is a group of people (former slaves) that are saving slaves and being very smart about it as they also generate money from the people that have abused them.

All in all there were a lot of new things to discover and I know that after the release of the third book I will be happily rereading this series to catch all the things I missed during this first round.