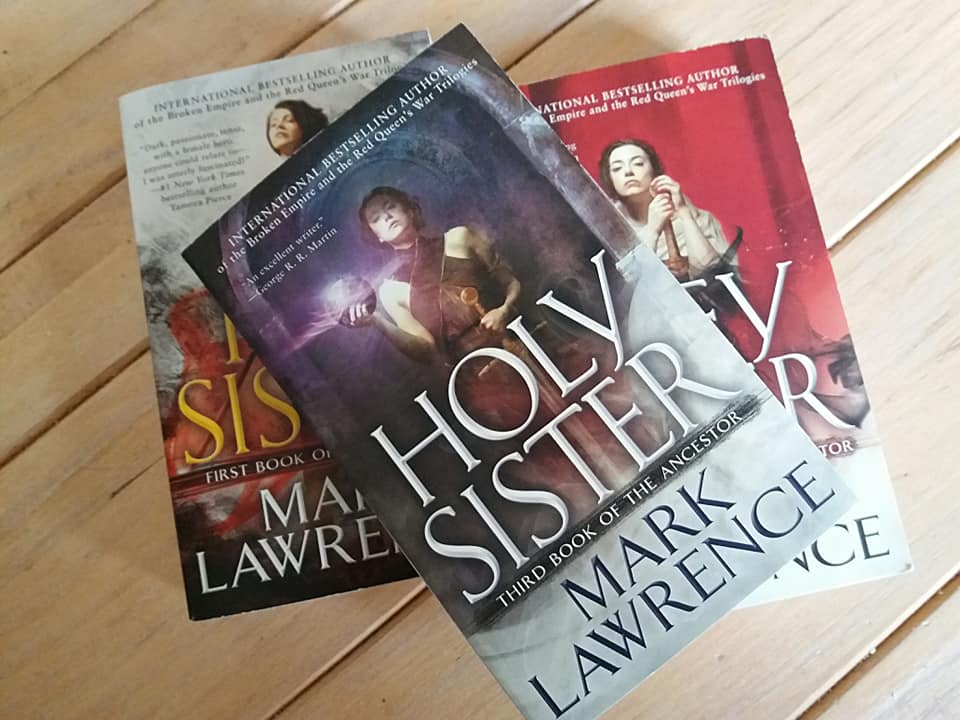 They came against her as a child. Now they face the woman.
.
The ice is advancing, the Corridor narrowing, and the empire is under siege from the Scithrowl in the east and the Durns in the west. Everywhere, the emperor’s armies are in retreat.
.
Nona faces the final challenges that must be overcome if she is to become a full sister in the order of her choice. But it seems unlikely that Nona and her friends will have time to earn a nun’s habit before war is on their doorstep.
.
Even a warrior like Nona cannot hope to turn the tide of war. The shiphearts offer strength that she might use to protect those she loves, but it’s a power that corrupts. A final battle is coming in which she will be torn between friends, unable to save them all. A battle in which her own demons will try to unmake her. A battle in which hearts will be broken, lovers lost, thrones burned.

Holy Sister is the conclusion to the tale that tells the story of Nona who was taken in at the abbey and trained as a nun. Interesting kind of nuns.

Interestingly this book is told in two timelines. One is set right after the ending of Grey Sister on the land of the ice. The other is set 3 years later where Nona is preparing for the ending of her training. And the ending of the long play played by the previous abbess. Even after death some people have their influences. 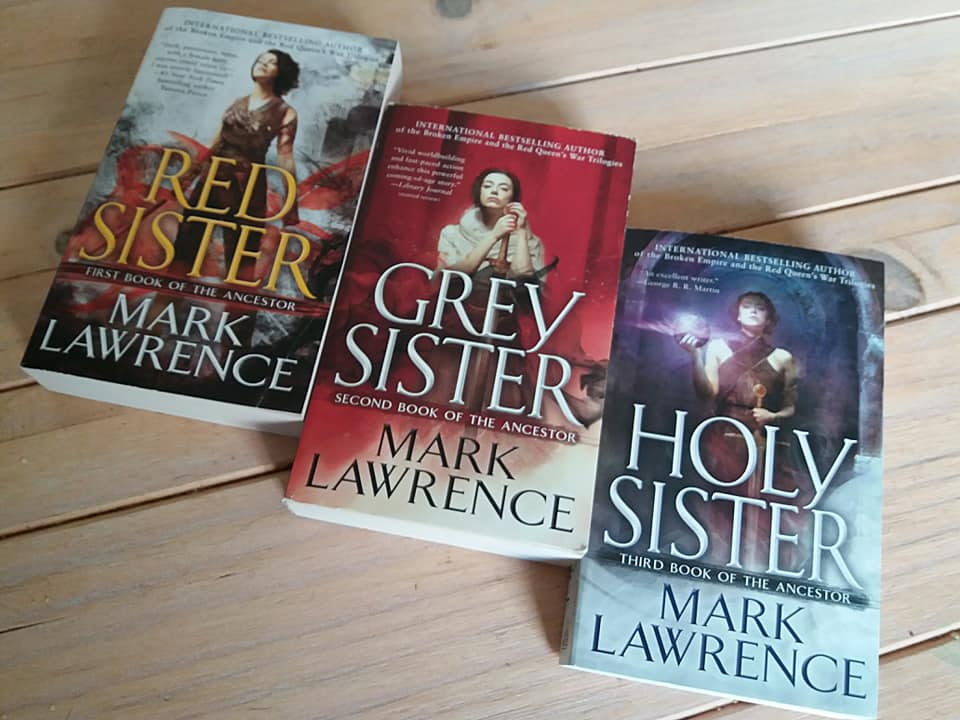 The two time lines work very well together. We see the younger Nona that we remember and next to that we meet an older Nona who has taken a lover and has grown much in how she plays her cards. Especially the ending shows how Nona has grown past just her vengeance. It is still there and seriously, don’t touch her friends, but she has matured in her decision making and thinks better about the consequences of her actions. I really appreciated that.

Overal I found it an entirely satisfying ending to an ambitious trilogy that has more room to be explored.

Yes, I am trying not to tell you too much about this book, ha.