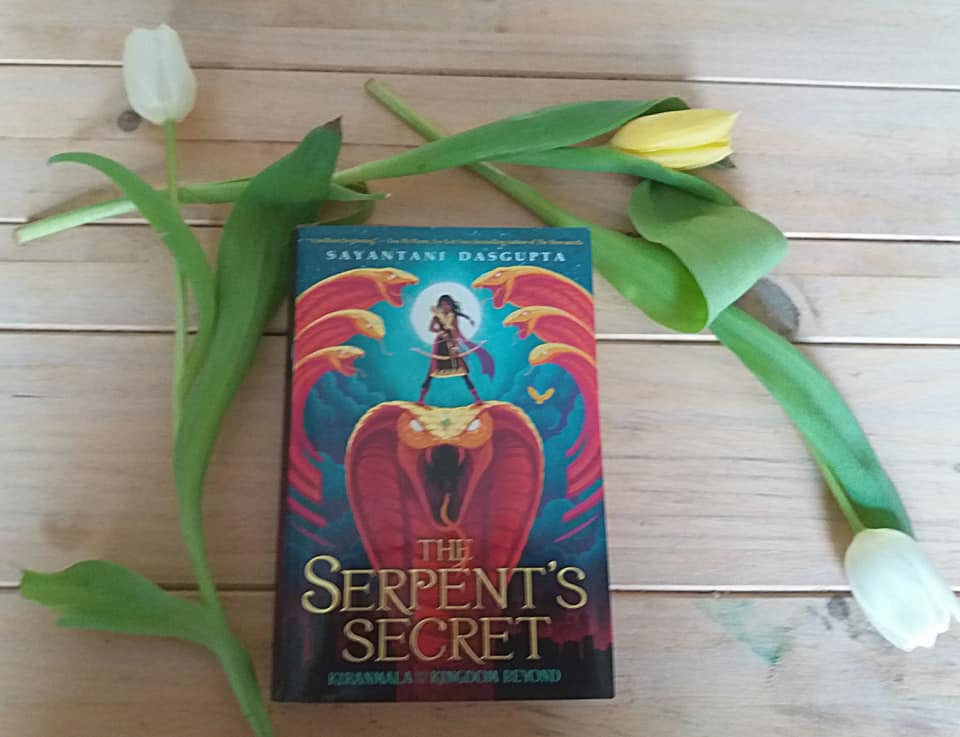 On the morning of her twelfth birthday, Kiranmala is just a regular sixth grader living in Parsippany, New Jersey… until her parents mysteriously vanish and a drooling rakkhosh demon slams through her kitchen, determined to eat her alive. Turns out there might be some truth to her parents’ fantastical stories-like how Kiranmala is a real Indian princess and how she comes from a secret place not of this world.
.
To complicate matters, two crush-worthy princes ring her doorbell, insisting they’ve come to rescue her. Suddenly, Kiran is swept into another dimension full of magic, winged horses, moving maps, and annoying, talking birds. There she must solve riddles and battle demons all while avoiding the Serpent King of the underworld and the Rakkhoshi Queen in order to find her parents and basically save New Jersey, her entire world, and everything beyond it..

The Serpent’s Secret is a fun, on occasion funny, mythological retelling with some great own voices representation.

The story starts us of with getting to know Kiranmala, who struggles with the bizarness of her parents and not being like the ‘other’ kids which mostly means, she’s not white. Kiranmala is of Indian descent and throughout the story we see a lot of Indian mythology. Especially Bengali culture. Of course I cannot say much on the representation but it is own voices so I suspect it is done well.

There are not that many books with Bengali culture and references so it was great to see something different on the table. The serpent king, the mood goddess, a talking bird etc. Also there is Albert Einstein, ha. It amused me so much to see him.

I could nitpick on a few things. The writing could use some work in places. It felt awkward here and there, and the start didn’t feel like it got the tone across just like the way the author intended. Some of the jokes also fell flat.

But at the end of the day, what matters the most to me with this book, is that kids will see themselves represented in this book. About how it is growing up different, and not quite fitting in. Seeing an all Indian cast and Bengali culture on the page.