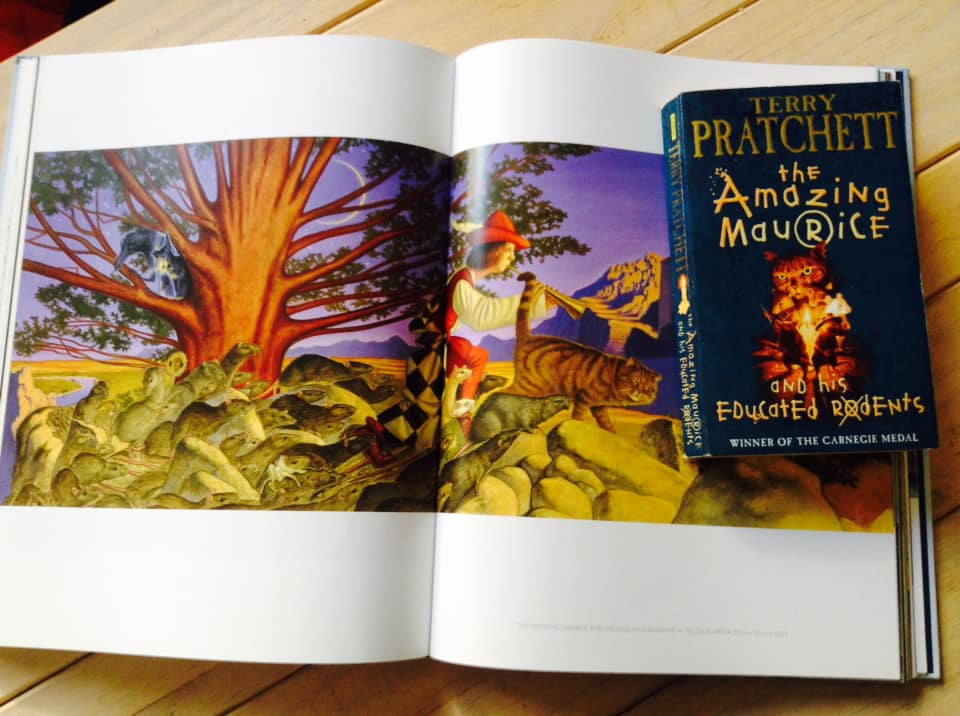 Maurice, an amazing cat, who has survived four years on the toughest streets in the whole of the Discworld, reckons that rats are dumb. Clever, OK, but dumb. Maurice, however, is smart — smart enough to recognize that there’s a new kind of rat around; rats that have been eating wizards’ rubbish and can now talk. And Maurice is also smart enough to get a pretty amazing idea when he spots a kid playing the flute. Now he has his very own Pied Piper to go with his “plague of rats”. And Maurice’s money-bags are getting fuller and fuller. That is, until the group reaches the far flung village of Bad Blintz.

This is one of those books that I did not even realize for a while that it was actually set in Discworld. At first glance it doesn’t quite seem to fit in with the rest.  And most don’t even seem to know about this book. It seems like a very simple young adult story. But nothing is ever simple with Terry Pratchett.

‘I suppose there isn’t a Big Cat in the Sky, is there?’
‘I’M SURPRISED AT YOU, MAURICE, OF COURSE THERE ARE NO CAT GODS.THAT WOULD BE TOO MUCH LIKE…WORK.’

The book focuses on Maurice the cats and a band of rats who happened to have gotten caught up in some of the magical waste of the Unseen University, suddenly making them be able to talk and think things through from an ethical standpoint.

Maurice is a piece of work and that is what makes this book work. There is no fun in reading about a cat that just wants to do the right thing is there? We do like to believe certain things about cats, like that they are selfish, and so we get this reflected back to us. So he manipulates the rats and the boy called Keith into doing some heists. The rats cause mischief in a town and Keith comes in with his pipe and leads the rats out of the town. They get paid. Easy Peasy. Except that the rats are developing a conscience, and one rat in particular is the spokesperson for their dreams and wishes. 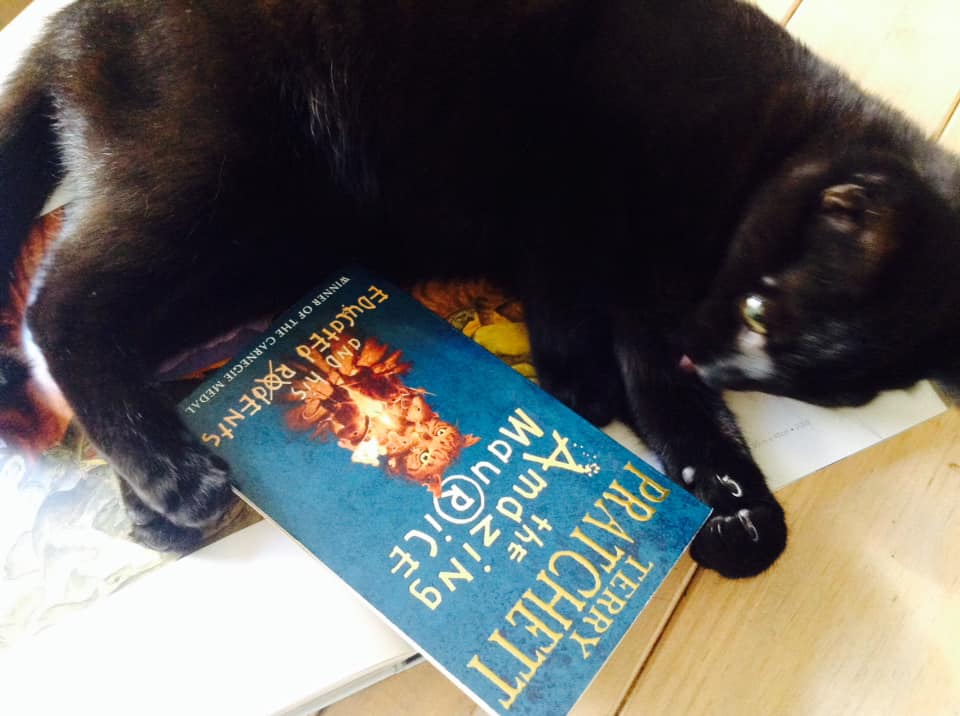 They agree to hit one last town and then go their separate ways. Which doesn’t turn out quite that easy when some other rat catchers have a scheme of their own going. A lit more devious than what Maurice had thought up.

Throughout the book there is a crazy amount of references to the Brothers Grimm (though they are the Sisters Grimm in this book) Fairytales. The Rat Piper obviously, but the girl they meet in town tries to find a fairytale in anything like pretending to be Cinderella. And that is the theme that comes forward very clearly. Life isn’t a fairytale. An orphan doesn’t turn out to be a prince or a hero. He’s just an orphan. There is nothing wrong with delving into stories and fairytales but don’t let it consume your life. We can dream but we have to live in reality. Which I think resonated with me.

And there is almost a lot of philosophical thinking among the rats who are trying to figure out their own existence, a question that does come up during the young years of many of use. Why are we here? And what do we want to do with our lives? Do we follow the dream? Or should we be more realistic, which comes forward in the ending a lot.

I did find the ending too drawn out with the addition of the rat king. I got why it was added but I don’t think it quite worked out the way it should have, and I feel like there should have been more added of hints towards the rat king from the start. Now it felt like a last minute addition.

Overall though I did really enjoy this book.