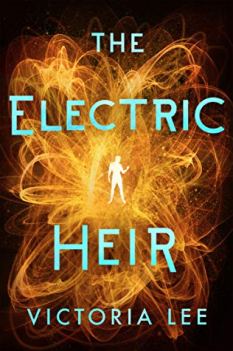 Thank you to Skyscape and Netgalley for the review copy in exchange for an honest review. This does not change my opinion in anyway.

Six months after Noam Álvaro helped overthrow the despotic government of Carolinia, the Atlantians have gained citizenship, and Lehrer is chancellor. But despite Lehrer’s image as a progressive humanitarian leader, Noam has finally remembered the truth that Lehrer forced him to forget—that Lehrer is responsible for the deadly magic infection that ravaged Carolinia.
.
Now that Noam remembers the full extent of Lehrer’s crimes, he’s determined to use his influence with Lehrer to bring him down for good. If Lehrer realizes Noam has evaded his control—and that Noam is plotting against him—Noam’s dead. So he must keep playing the role of Lehrer’s protégé until he can steal enough vaccine to stop the virus.
.
Meanwhile Dara Shirazi returns to Carolinia, his magic stripped by the same vaccine that saved his life. But Dara’s attempts to ally himself with Noam prove that their methods for defeating Lehrer are violently misaligned. Dara fears Noam has only gotten himself more deeply entangled in Lehrer’s web. Sooner or later, playing double agent might cost Noam his life.

Oh darn it, Victoria Lee. Did you really have to snap my heart out for another round of five?

I read The Fever King last year and fell hard in love with Noam and Dara. With this world and those around them. This book continues about 6 months after the end of The Fever King and it throws us right into the feels. Because Noam doesn’t entirely remember everything that happened and guess who is taking advantage of that?

In this book we get the dual perspective of Noam and Dara, and that worked so very well. Noam who is stuck in a ‘relationship’ with an abuser but can’t quite see it, and Dara who recognizes all the signs of it. There is so much to unpack here when it comes to trauma, ptsd, substance abuse, abuse and survival.

It hits so many marks that come with a truly emotional read with a looming genocide in the background. With having to defeat the bad guy who knows how to twist everything that puts him in the right limelight. Where you doubt yourself constantly. It showcases the abuser as they come by in real life too. This one just happens to be able to manipulate the actual mind with his powers. But abusers in real life do this too, just with words and veiled threats. And then aggression.

It is confrontational. Please be aware of that when you step into this book. It is not an easy read. Not this book nor The Fever King. But if you dare to step into it , it is so well worth it.