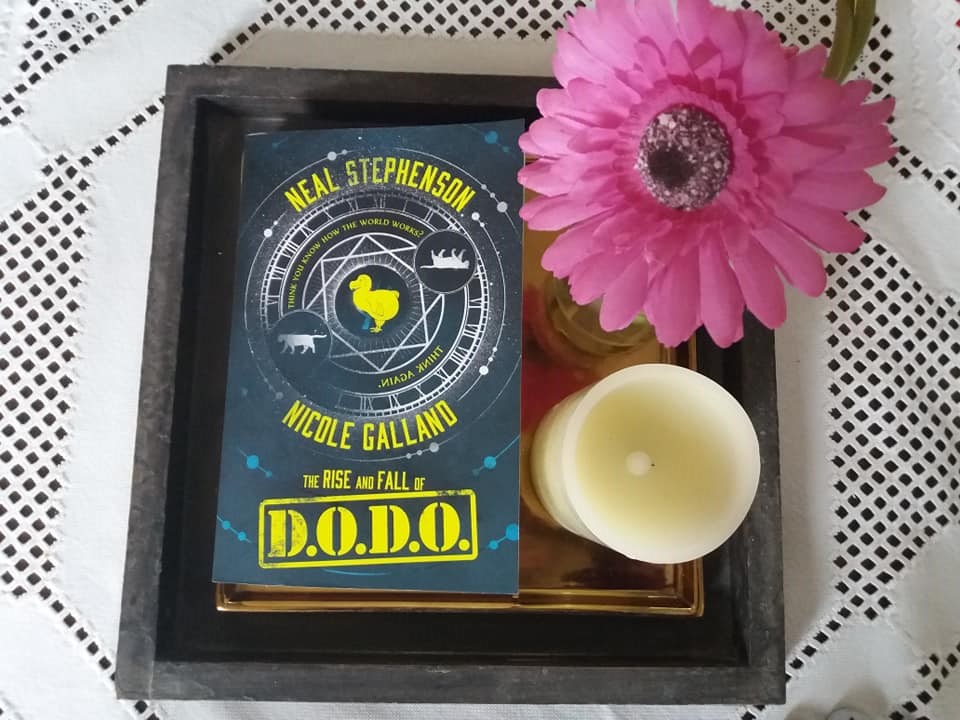 When you interfere with the past, there’s no telling what you might find in your future…
.
In 1851, London’s Crystal Palace hosts The Great Exhibition, showcasing the rise of technology and commerce, and alongside it, the decline of magic. Once powerful, now mere myth.
.
Years later, Melisande Stokes, linguistics and languages expert, and Tristan Lyons, shadowy government agent, will rediscover magic and all its power, bringing about the creation of the Department of Diachronic Operations – D.O.D.O.
.
D.O.D.O.’s mission is clear: to develop a device that will send their agents back in time to keep the magic alive… and alter the course of history.

I first heard about this book a good 2 years ago through Maraia from Lettuce_Readon instagram. It interested me, not in the last place because of the Dodo I spotted on the covers. But as with all sci-fi, I put it off. But no more! I finally read it and I loved it.

The Rise and Fall of D.O.D.O. tells us the story of the start of The Department of Diachronic Operations. Or D.O.D.O for short. It starts very small, with just two people and one little office as they try to figure out how it magic disappeared in 1851 completely and how to restore it. As Tristan and Mel go on their search they start picking up a merry band of accomplishes as they also become more of an official part of the government.

Now you might say, hey, I thought you said this book was sci-fi, why are you talking about magic? That is because I do think that at its core this is a sci-fi book but it doesn’t shy away from stepping foot in some other genres and linking it with the science in the book. Magic for instance disappeared because of technological advances and sometimes the book alludes to there being a possible science explanation for magic. And through time travel they all have to learn linguistics and history. It is quite an interesting mix but it works quite well.

Adding onto that this book is told mostly through the journal entries of Melisandre Stokes with additions of journal entries from other characters and official documents throughout. I will admit that some of the extras did draw me out of the story a little and when some didn’t seem to be needed to understand the story I glossed over it.

But even more was I drawn to the merry band of accomplishes that surround Tristan and Mel. Both Tristan and Mel are great characters to follow. But they are wonderfully helped along the way by their merry band. Frank and Rebecca Oda, one being a scientist and the other one who has different knowledge’s across the board but also is often a moral sounding board. Elzebeth, the witch who despite her powers is completely under control of others and acts out accordingly. And they find even more as the operation grows.

I was a whole lot entertained with this book. From finding out what caused magic to disappear to figuring out how to make magic come back in our current age to actual time travel. However while I thoroughly enjoyed this book there is one reason I can’t quite rate this book 5 stars. The ending is really open ended. I don’t mind open ends but in this case I feel like there is no real closer and that I should be on the lookout for the sequel. That doesn’t exist.  Because it is a standalone. You see my dilemma?

However I would still happily recommend this book to all of you. There is so much to find here and to embrace and to laugh at with.