For my reading challenge Dancing with Fantasy & Sci-Fi I created three sections. Fantasy, Sci-Fi and Generic. Each had their own prompts. One of the prompts of the sci-fi section was Proto Sci-Fi.

Proto Sci-Fi,  you ask, what is that? Technically these are books written before a certain time period that can be considered sci-fi when looking back. There is some debate on where proto sci-fi really starts. Some say at H.G. Wells so any books before 1890. Others go by Frankenstein by Mary Shelley which would be books before 1818. It is quite something to read a book from the 1700s so books before 1890 is where I kept this prompt for. 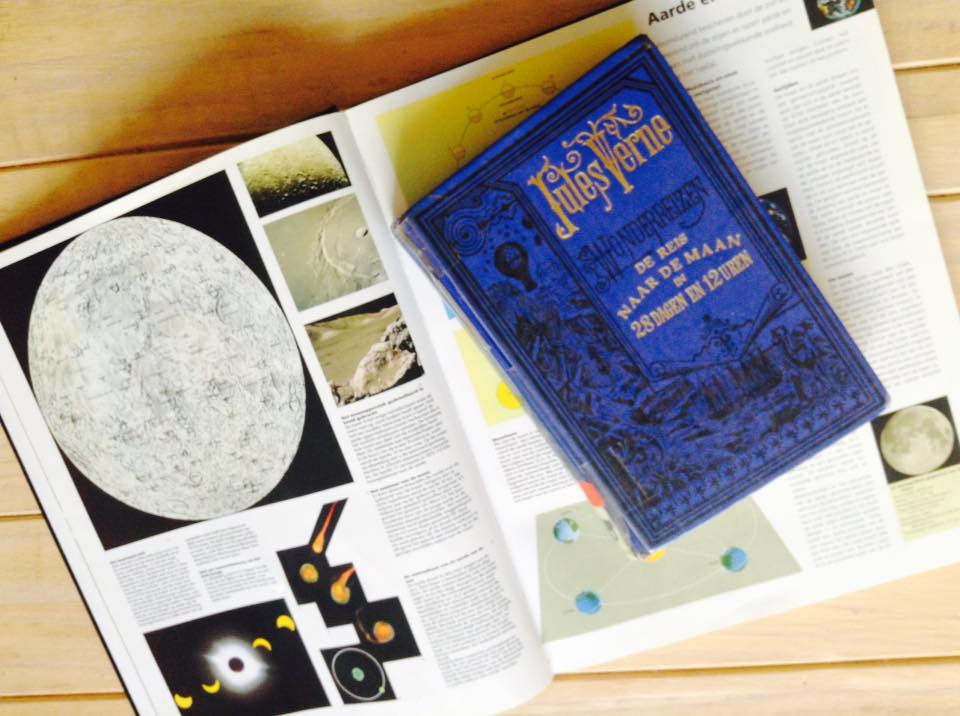 From the Earth to the Moon

My own choice for this challenge was From the Earth to the Moon by Jules Verne. One of the Extraordinary Travel books and the first book in the Gun Club series. I had never read anything by Jules Verne before that I recall (and one would think I’d recall that). However this seemed like the obvious choice for Proto Sci-Fi. Moon, space, before 1890.

My experience with this book was interesting. This book is very science heavy and from what I have been told this is one of the science heaviest books by him which seems to put off even some of the biggest Jules Verne fans.  Especially the start was quite a bit to get through. The first 50-80 pages were a bit of a slog. The science was info dumpy and at times hard to follow. And sometimes just plain boring.

However inbetween the science I really could appreciate what Verne was doing. Realizing this book was written in 1865, his theories and science are quite a feat. It was what kept my attention. Can you imagine creating such a large cannon as to shoot a misile at the moon? That creation I also found highly entertaining. From earthquakes to weather changes.

Once we got through that science portion was when it truly got interesting. Where the adventure was really about to start and the decision for a human crew was made. Limiting the story after that to 3 people really did the story a great service. It became so much more focused and we got to get a better glimpse at the characters we barely got time to meet during all the science.

It was not the easiest read all together but seeing the ideas and theories from so many years ago was very much an enrichment to my reading life. 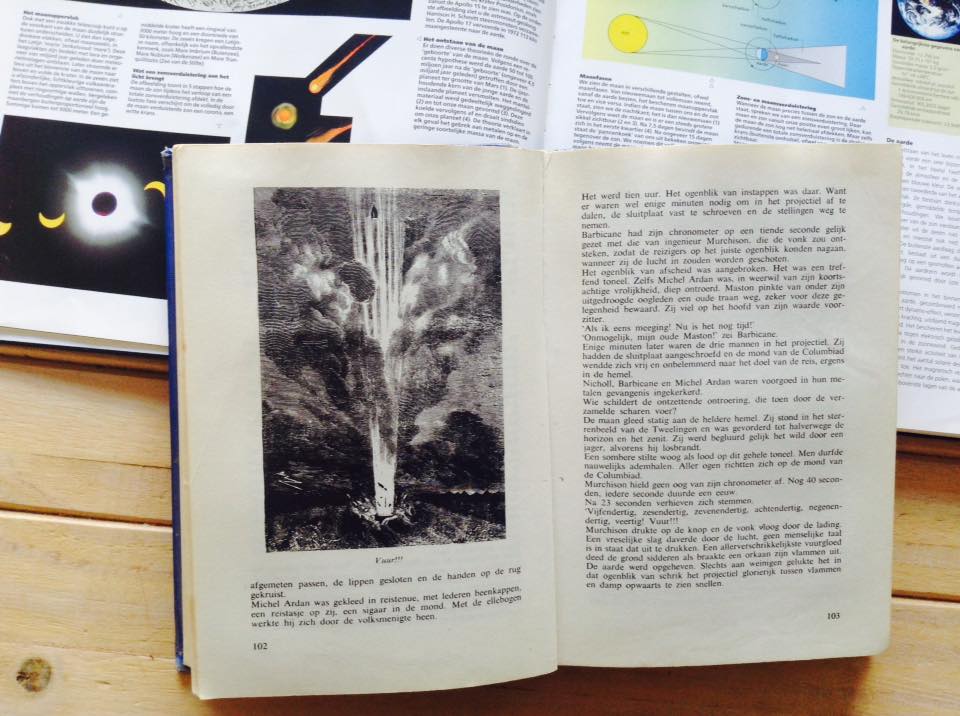 So does this step into older sci-fi make me want to pick up more? I think so yes. I certainly want to read more Jules Verne over the coming years. If this was one of his more heavier science books I think I should be fine with the others.

Of course I have already read Frankenstein and have read some H.G. Wells and Robert Louis Stevenson. Beyond that I think I’ll be selective. The Man in the Moone seems like a good pick as that was what influenced Verne to write From the Earth to the Moon. The Blazing World I am also intrigued by. And of course New Atlantis.

Will I read this quickly? Probably not. But I will over time.

Is there any proto sci-fi on your tbr list?

9 thoughts on “Proto Sci-Fi: From the Earth to the Moon / #scifimonth”