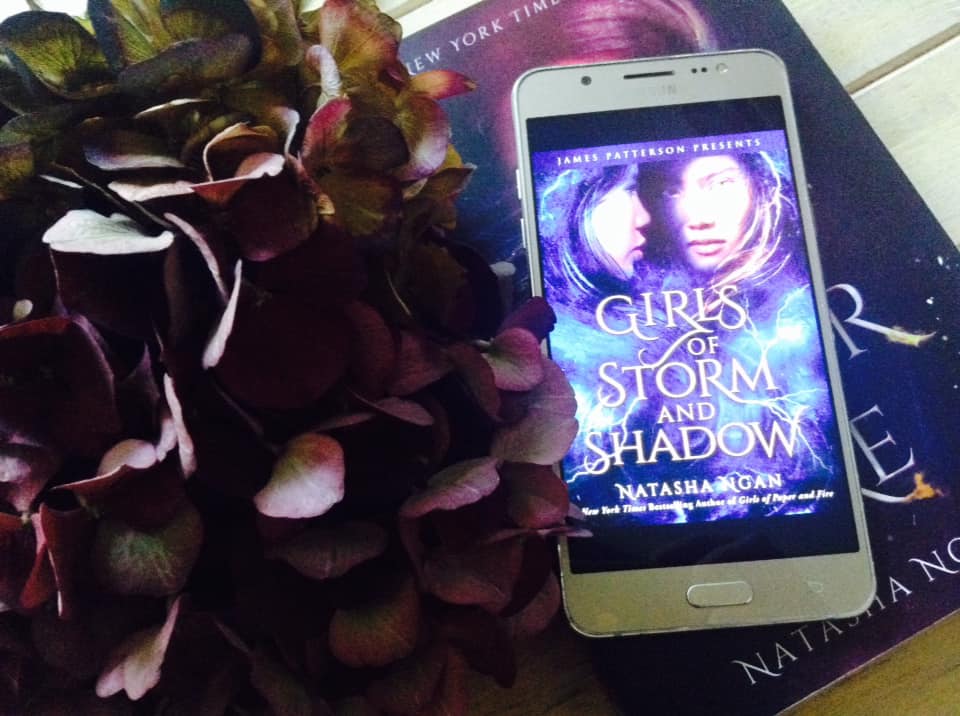 Thank you to Hodder & Stoughton and Netgalley for the review copy in exchange for an honest review. This does not change my opinion in anyway.

Lei, the naive country girl who became a royal courtesan, is now known as the Moonchosen, the commoner who managed to do what no one else could. But slaying the cruel Demon King wasn’t the end of the plan – it’s just the beginning. Now Lei and her warrior love Wren must travel the kingdom to gain support from the far-flung rebel clans. The journey is made even more treacherous thanks to a heavy bounty on Lei’s head, as well as insidious doubts that threaten to tear Lei and Wren apart from within.
.
Meanwhile, an evil plot to eliminate the rebel uprising is taking shape, fuelled by dark magic and vengeance. Will Lei succeed in her quest to overthrow the monarchy and protect her love for Wren, or will she fall victim to the sinister magic that seeks to destroy her

The sequel to the gorgeous and heart wrenching Girls of Paper and Fire. It is a hard act to follow and while it doesn’t quite kick you as hard as the first book, it still focuses heavily on how our characters are doing. It certainly did it justice.

The book starts a few weeks after they managed to get away from the ball. Unlike us as readers, our main characters are not aware that the demon king survived and that gives quite an impact to our reading. Because when are they going to find out. How will they respond. It is a heavy feeling of curiosity and stakes that you have alongside our characters where you don’t want this knowledge to destroy them.

Wren’s father gives them a new mission, to get others to join their fight against the demon king. A hard sell as it appears. When does one stand up to a dictator? But while this war threat is buzzing at the edges of the book it is all about the characters. This situations causes an interesting divide between Wren and Lei who only knew each other in the setting of the palace. Now they are outside of it and they are getting to know more about each other. Mostly about Wren. Lei is rather straight forward about who she is and where she comes from. But with Wren things aren’t always all that clear. Wren follows her father without a doubt and Lei doubts. There are many questions about morality and if the things this war needs won’t just make them just as worse as what they are fighting.

Lei also seems to have behavior that indicates PTSD. Certain things trigger her memories of the Demon King and make her freeze, and she constantly hears him in her head. She finds this hard to deal with and when given the chance she tries to drown herself in alcohol. Not only that but there is grief, betrayal and all other sorts of emotions that make this book incredibly real. It is heart wrenching in a very different way than Girls of Paper and Fire.

We also get some new side characters alongside the ride. Three mooncastes, a monk and Wren’s old fighting teacher. It was an interesting addition because the loyalties are clearly being torn at, especially in the second half of the book. Wren and her fighting teacher really stand by what her father wants. The monk seems to feel extreme loyalty too. But the others are more open to voicing critique. And Lei is stuck in the middle there.

Overall I enjoyed Girls of Storm and Shadow and I can’t wait for the next installment.