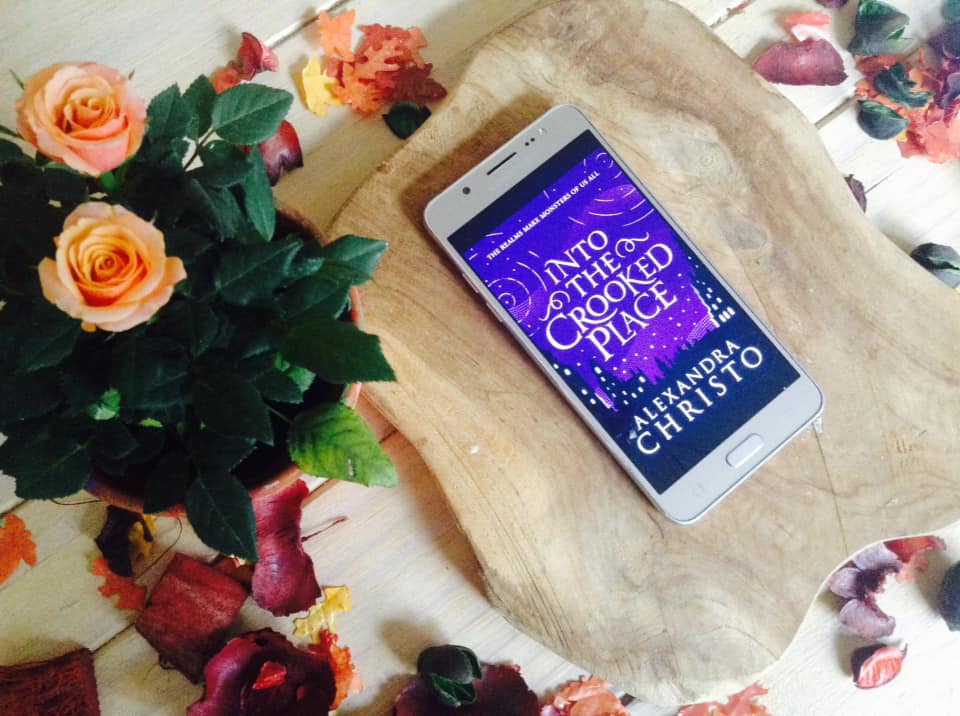 Thank you to Hot Key Books and Netgalley for the review copy in exchange for an honest review. This does not change my opinion in anyway.

Magic rules the city of Creije Capital and Tavia Syn knows just how many tricks she needs up her sleeve to survive. Selling dark magic on the streets for her kingpin, she keeps clear of other crooks, counting the days until her debt is paid and she can flee her criminal life.
.
But then, one day, with her freedom in sight, Tavia uncovers a sinister plot that threatens to destroy the realm she calls home. Desperate to put an end to her kingpin’s plan, Tavia forms an unlikely alliance with three crooks even more deadly than her:
.
Wesley, the kingpin’s prodigy and most renewed criminal in the realm
.
Karam, an underground fighter with a penchant for killing first and forgetting to ask questions
.
And Saxony, a Crafter in hiding who will stop at nothing to avenge her family
.
With the reluctant saviours assembled, they embark on a quest to put an end to the dark magic before it’s too late. But even if they can take down the kingpin and save the realm, the one thing they can’t do is trust each other.

When it comes to Into the Crooked Place I am somewhat on the fence about it. While I enjoyed it for the most part while I read it, it certainly didn’t give my any lasting impacts and I didn’t feel compelled into wanting to read the next book despite the ending.

Into the Crooked Place starts us in Creije where Tavia sells magic tricks for her boss and former best friend, Wesley. Wesley himself might rule the underlings but has to fall in line to the kingpin. When he shares his plans with Wesley, Wesley knows that he has to do something to keep his home, no matter how filled with crooks like him it is, safe.

I had perhaps higher expectations of the storyline here. I failed to see why they had to do certain things a certain way to get somewhere like some tests they had to get to an island. It was just so incredibly far-fetched and I was just glad it was all over when they finally got to the island.

Adding into that is the character relationships in combination with the world building. They kind of go hand in hand here because we get a lot of world building through learning more about the characters. However I feel in both cases it barely scratches the surface. We kind of stumble in the middle of a lot of these relationships and have to take at face value that their relationship is what they say it is. We go back so little that I feel like I am missing a vital part in their relationships. Especially with Karam and Saxony I feel like I am not getting enough on their background. How did she know she could trust her with her biggest secret? And why in the hell did she decide to step back after doing that? There are bones there but not enough to keep me interested.

Which is a shame because there are some hints at interesting relationship dynamics there. Saxony and Wesley for instance who have this weird hate thing going on with each other. Karam seems to like to bitch at Tavia. But it all misses some sharpness and feels because of the above mentioned part. It is never build up well enough to sell it to me. To make me believe in these characters.

So at the end of it, I don’t know. This book literally makes me shrug. It is a shame because there is potential there. But for 495 pages I feel like I am getting too little.

8 thoughts on “Into the Crooked Place // Book Review”