Now that we are getting back to the normal routine after Summer I have been reading a bit more again than I did in August. Eleven. And yes for another 5 star read this month. I don’t give out that many 5 star reads so you can always be sure that it was just that good! 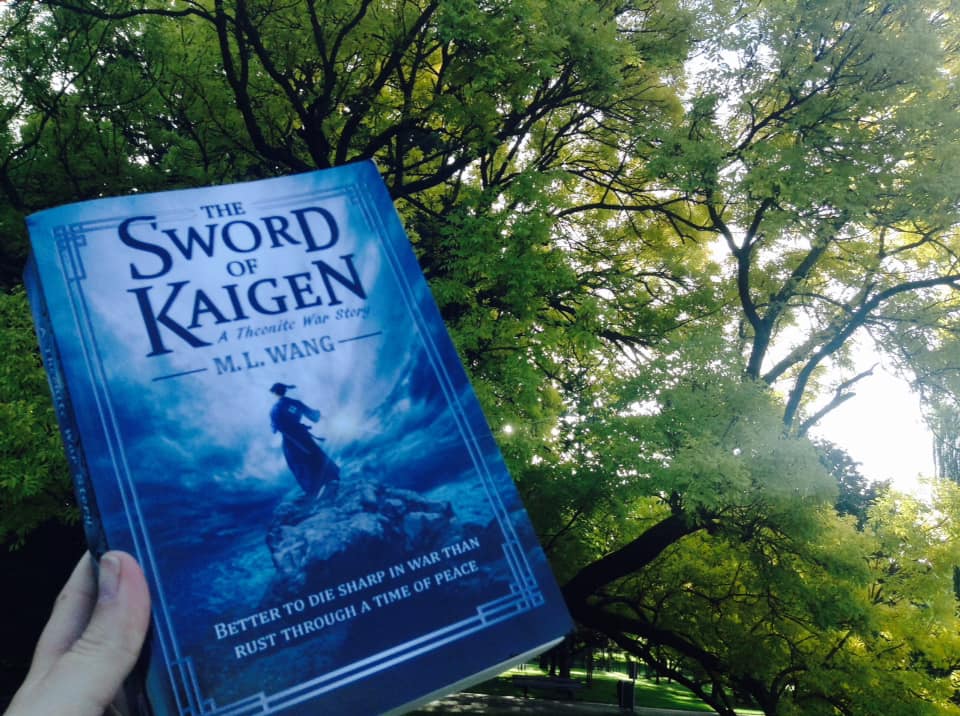 A mother struggling to repress her violent past,
A son struggling to grasp his violent future,
A father blind to the danger that threatens them all.
.
When the winds of war reach their peninsula, will the Matsuda family have the strength to defend their empire? Or will they tear each other apart before the true enemies even reach their shores?
.
High on a mountainside at the edge of the Kaigenese Empire live the most powerful warriors in the world, superhumans capable of raising the sea and wielding blades of ice. For hundreds of years, the fighters of the Kusanagi Peninsula have held the Empire’s enemies at bay, earning their frozen spit of land the name ‘The Sword of Kaigen.’
.
Born into Kusanagi’s legendary Matsuda family, fourteen-year-old Mamoru has always known his purpose: to master his family’s fighting techniques and defend his homeland. But when an outsider arrives and pulls back the curtain on Kaigen’s alleged age of peace, Mamoru realizes that he might not have much time to become the fighter he was bred to be. Worse, the empire he was bred to defend may stand on a foundation of lies.
.
Misaki told herself that she left the passions of her youth behind when she married into the Matsuda house. Determined to be a good housewife and mother, she hid away her sword, along with everything from her days as a fighter in a faraway country. But with her growing son asking questions about the outside world, the threat of an impending invasion looming across the sea, and her frigid husband grating on her nerves, Misaki finds the fighter in her clawing its way back to the surface.

The Sword of Kaigen is so, so, so good you guys. You have no idea. Those of you who love to support self-published books or those of you that are willing to step out of their comfort zone of books from the big publishing houses, this is the one to give a chance. I promise you will not regret it!

The writing and story are great. But most of all this is a character driven story that just hits home so hard.