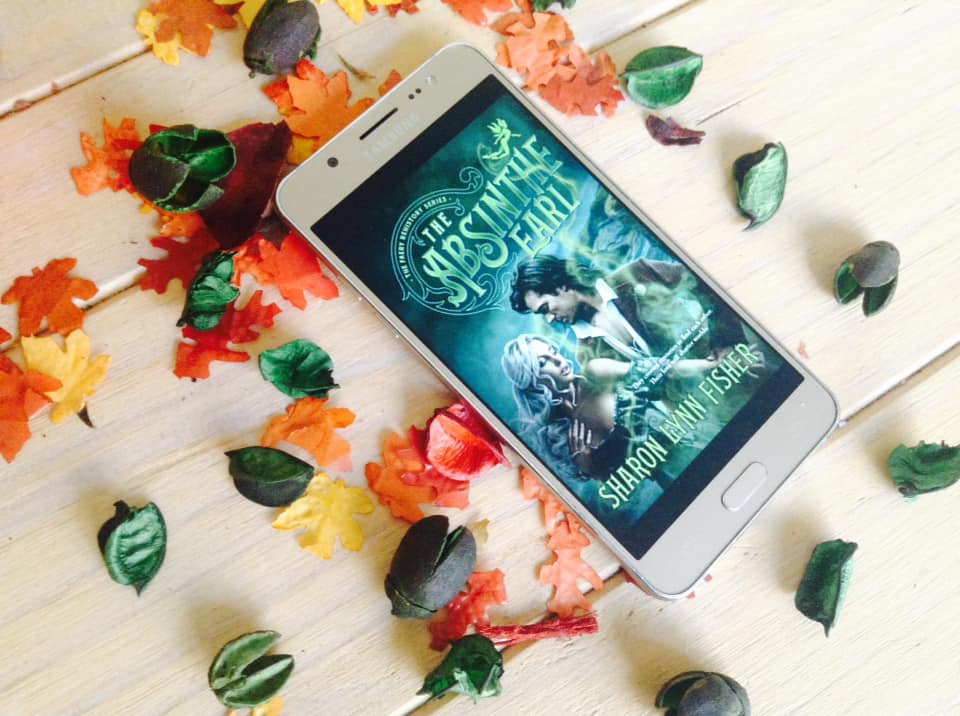 Miss Ada Quicksilver, a student of London’s Lovelace Academy for Promising Young Women, is spending her holiday in Ireland to pursue her anthropological study of fairies. She visits Dublin’s absinthe bars to investigate a supposed association between the bittersweet spirit and fairy sightings.
.
One night a handsome Irishman approaches her, introducing himself as Edward Donoghue. Edward takes absinthe to relieve his sleepwalking, and she is eager to hear whether he has experience with fairies. Instead, she discovers that he’s the earl of Meath, and that he will soon visit a mysterious ruin at Newgrange on the orders of his cousin, the beautiful, half-mad Queen Isolde. On learning about Ada’s area of study, he invites her to accompany him.
.
Ada is torn between a sensible fear of becoming entangled with the clearly troubled gentleman and her compelling desire to ease his suffering. Finally she accepts his invitation, and they arrive in time for the winter solstice. That night, the secret of Edward’s affliction is revealed: he is, in fact, a lord in two worlds and can no longer suppress his shadow self.
.
Little does either of them realize that their blossoming friendship and slowly kindling passion will lead to discoveries that wrench open a door sealed for centuries, throwing them into a war that will change Ireland forever.

Sometimes you have to step out of your comfort zone a little. The Absinthe Earl was that for me. The cover suggested a very romance heavy book, not quite my cup of tea as you know. However the title and the synopsis convinced me to give it a try. The combination of Absinthe and Fae I found interesting.

The start of the book was slow. It is set during the 1800s and as such the author does have to deal with what is the norm at that point. However it was interesting as our main character is an orphan and student to an academy of promising young woman and she is working on her thesis, as you will. This is about Fae and Absinthe. She’s come to Ireland to get more proof.  When she goes into a pub she meets Edward, cousin to the queen.

At about page 80-100 we suddenly get tossed into a world of Fae and we never recover the slow pace of the start. I loved every minute of that. I can’t quite judge the use of some of the Irish folk legend regarding Fae as they are used here as that is not my area of expertise but what I do know from it, it seemed to keep close to it. And there is still room to discover more so I am curious to see how that will play out in the next book.

Writing was it was mostly fine. I had some problems with the switching between first person point of view in chapters. In some cases the cross worked really well and it didn’t bother me, in other parts it jolted my out of the story.

As said I knew what I was getting into with the romance. I’m not going to judge that part in regards to the star rating because I knew what kind of book I was picking up. It was quick, there was sex, there was a virgin who had no pain the first time she had sex. However I will say this. I think the whole book the relationship between the characters, they were questioning regarding some of the romance with the plot elements. There was also a respectfulness from the man to the woman that you don’t often see in this time period, especially when the woman is very used to taking care of herself. The jealousy and the I am the man bits were dealt with by talking about it and reflection on them, and she never did back down from him.

All in all I enjoyed this book for what it was. A fantasy historical romance with Fae abound. It is not ground breaking. It doesn’t have to be.