Time for a new seasonal TBR with Fall/Autumn. Though to be honest with the weather it kind of felt at times like it had already started. Even so I am now going to try and focus on the stack down below. But first I am going to look back at what I read from my Summer TBR.

These seasonal tbr’s are prompts from the weekly meme Top Ten Tuesday (as always hosted by That Artsy Reader Girl).

Looking Back to Summer

The Books I Read: His Majesty’s Dragons / The Awakening / The Priory of the Orange Tree / Bitter Twins / Fool’s Fate / Grey Sister / The Sword of Kaigen +
+ I started this but haven’t finished it yet but I am counting it anyway.

The Books I Didn’t Read: The Way of Kings / Perido Street Station / The Emerald Storm

7/10. Decent. I started really well with this list. However August was not a great reading month and I didn’t get to a whole lot of books that I wanted to. I ended up with more arcs than I might have wanted and had to push my own choices to the back. 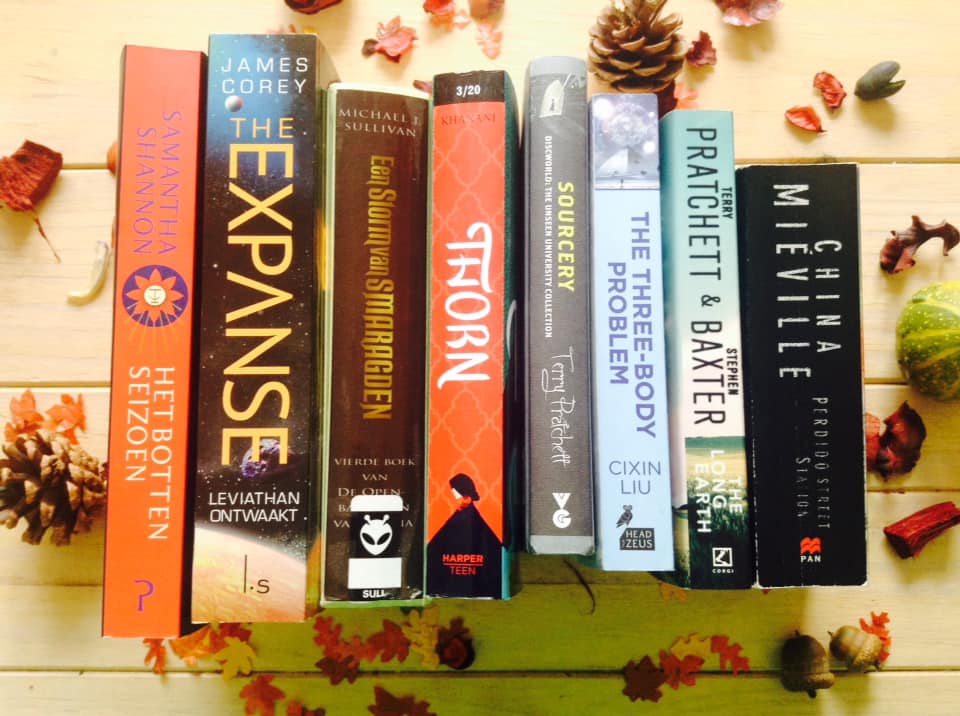 Sourcery was intially on this tbr so that is why it is on this phot but I ended up changing it last minute to a novella. Again, all these books are books I own. Either physical or as an ebook. The only arc is Thorn and I only added that because it is a physical arc. The Bone Season is a book for a readalong that is starting in October in preperation for the 4th Bone Season book coming out next year. I have only read the first book a few years ago but one the 3 published books. Not sure if I will get around to it though.

The Dragon Republic (The Poppy War 2) by R.F. Kuang

The Emerald Storm (The Riyria Revelations 4) by Michael J. Sullivan