This whole month was just weird. I didn’t read as much as I usually do and yet I bought many more books that I usually do. In my defence, a bunch of these are second-hand. 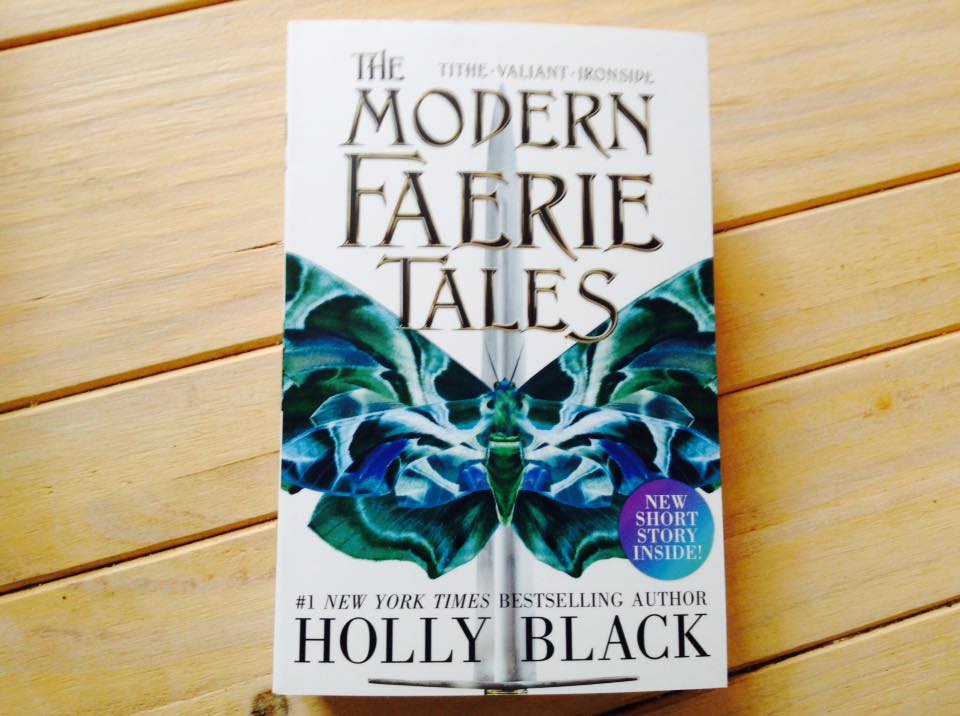 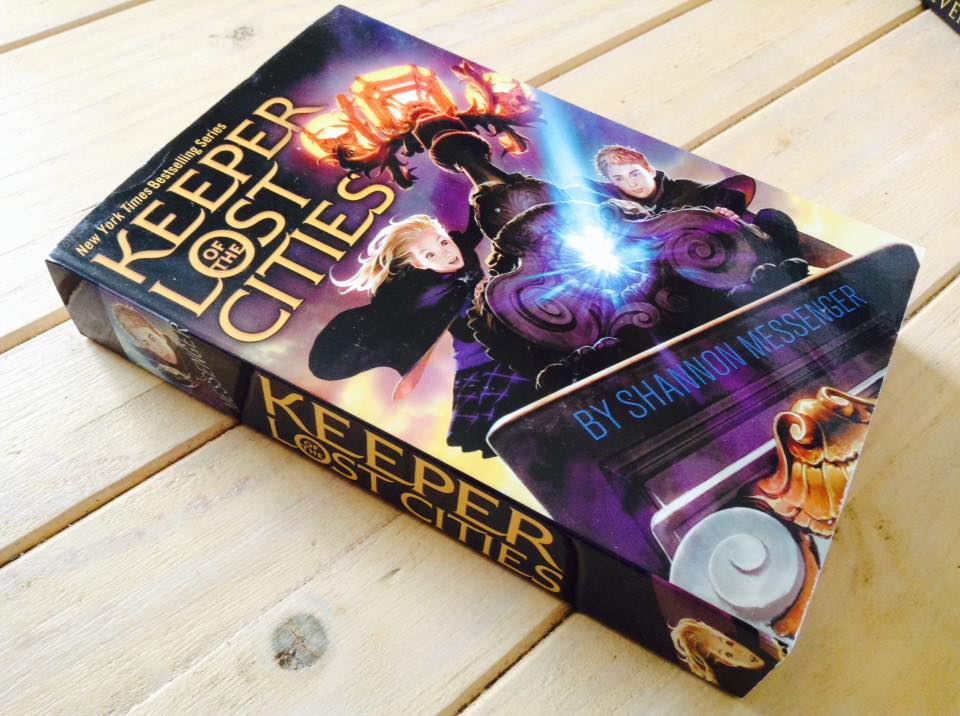 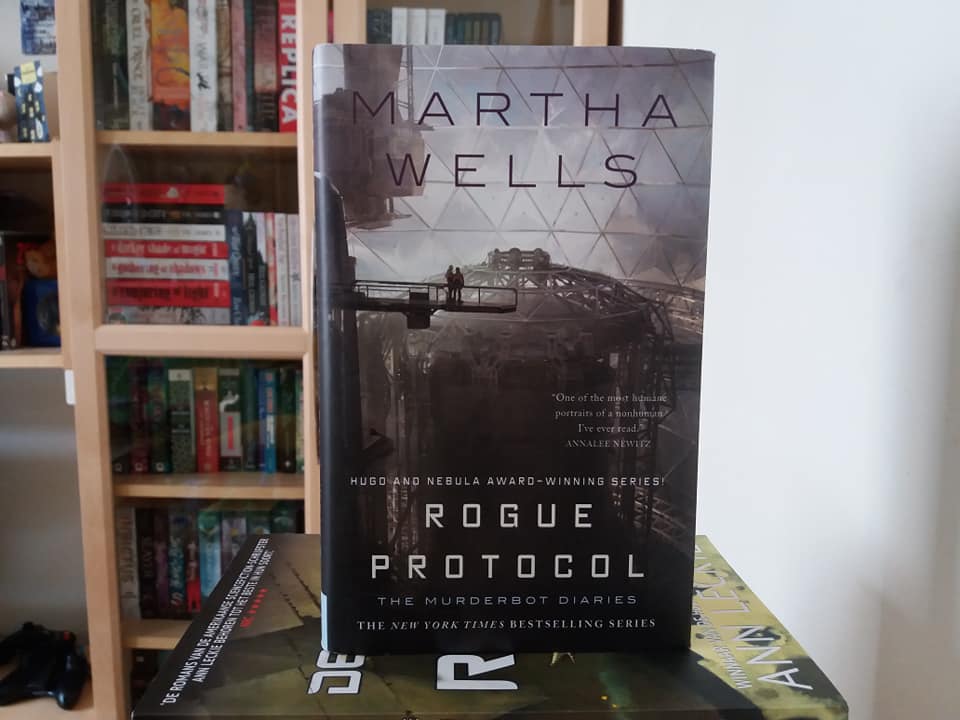 ★ Rogue Protocol (Murderbot Diaries 3) by Martha Wells
Getting close to having all the novella’s and reading them before the full length novel comes out next year. 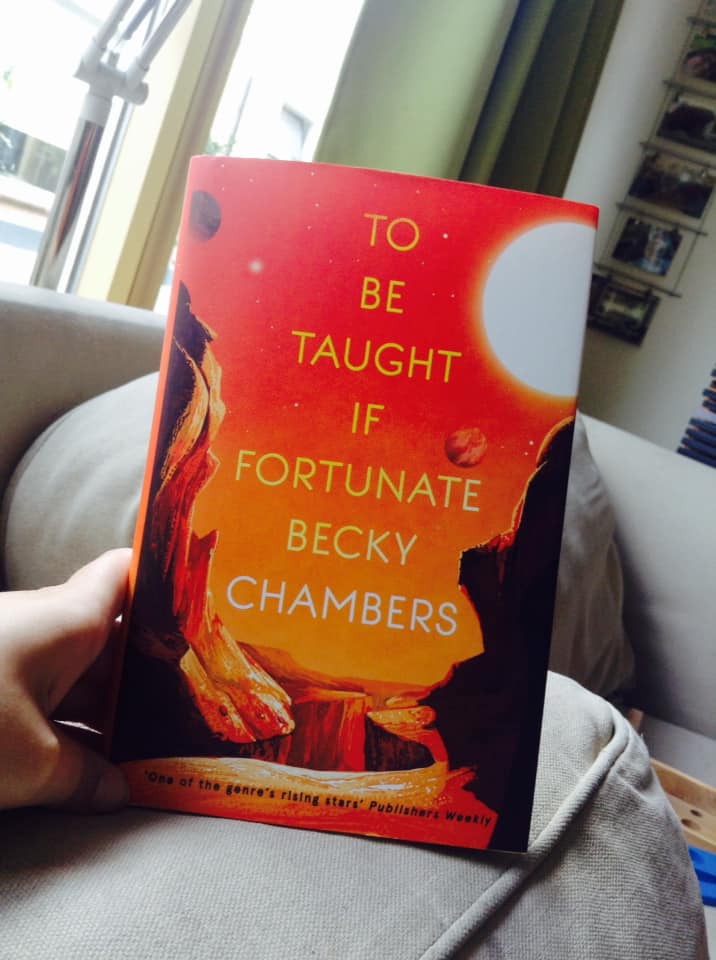 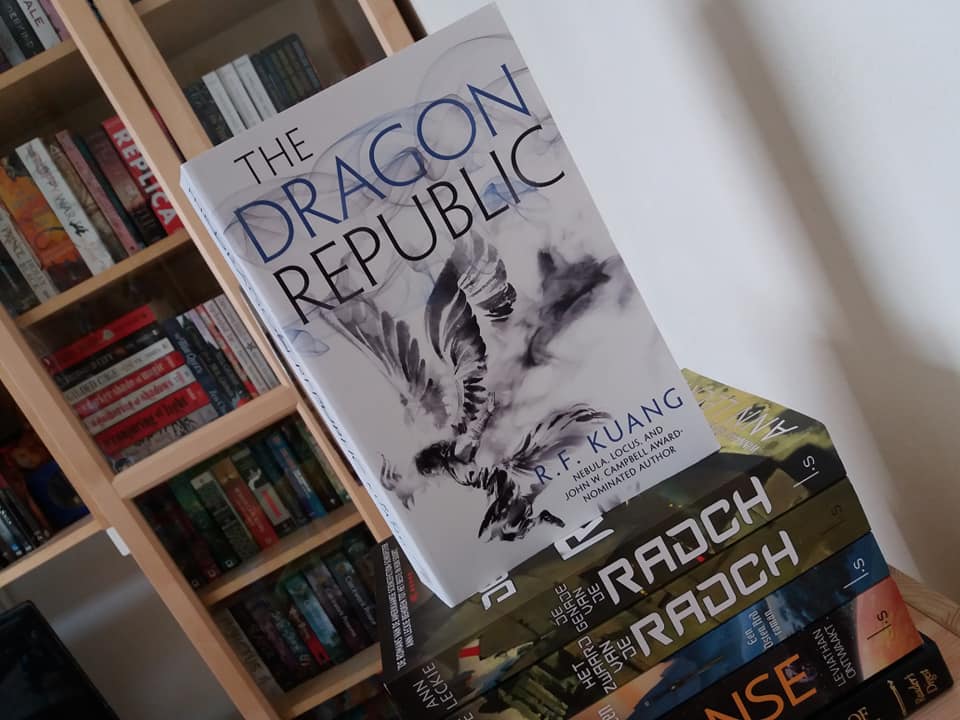 ★ The Dragon Republic (The Poppy War 2) by R.F. Kuang
Bought at Castlefest. 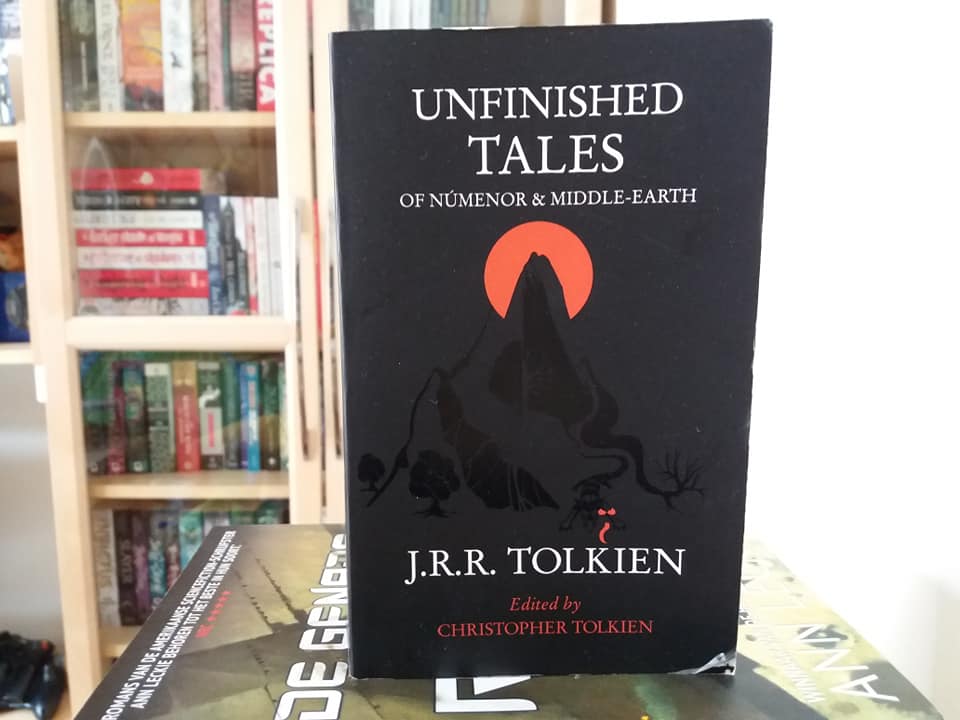 ★ The Unfnished Tales of Númenor & Middle-Earth by J.R.R. Tolkien
And finally my friend who I went to castlefest with had gotten this from someone and had asked if I wanted it. Of course.

I said ‘And finally…’ but then the end of August came around and I met up with Zwartraafje. 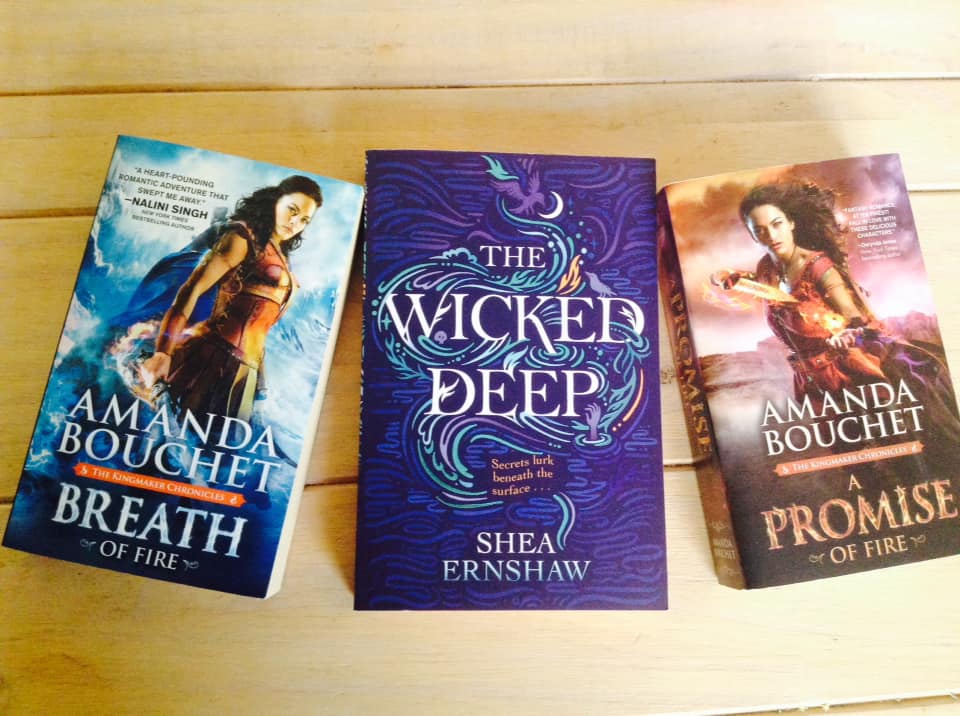 ★ The Wicked Deep by Shea Ernshaw
★ A Promise of Fire (Kingmaker Chronicles 1) by Amanda Bouchet
★ Breath of Fire (Kingmaker Chronicles 2) by Amanda Bouchet
We agreed to meet up on the 23rd as you could read in my wrap up and I asked her if she wanted some books from my unhaul stack. She did and then she asked me the same. Which is how I ended up with these three. I haven’t heard much about Amanda Bouchet books but I thought they looked interesting. And The Wicked Deep has always sounded interesting to me so I am curious to see how I will end up liking that one. 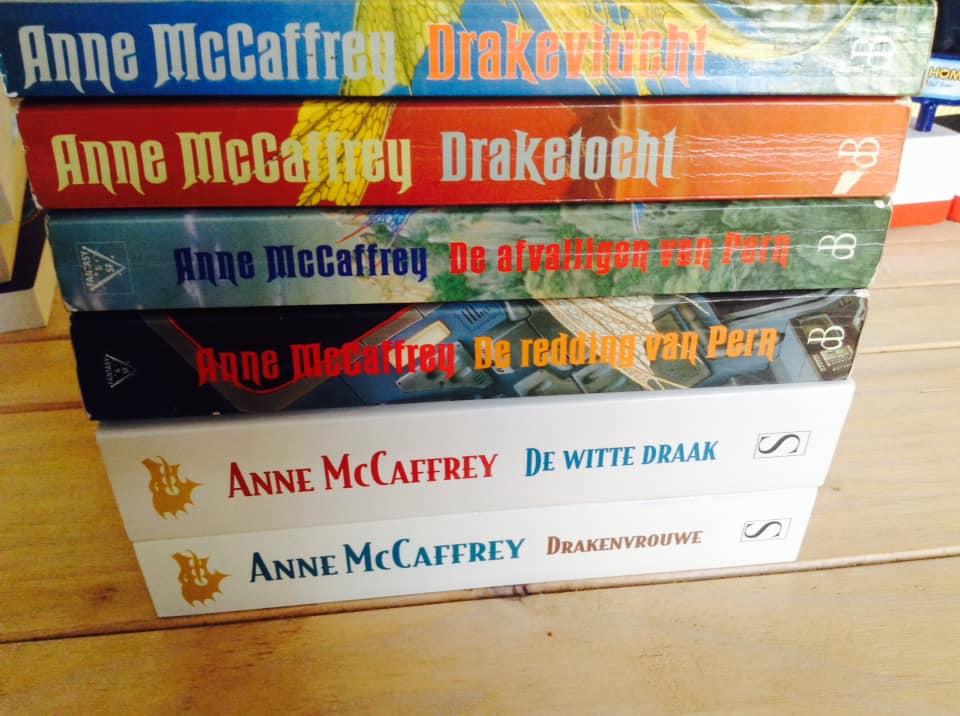 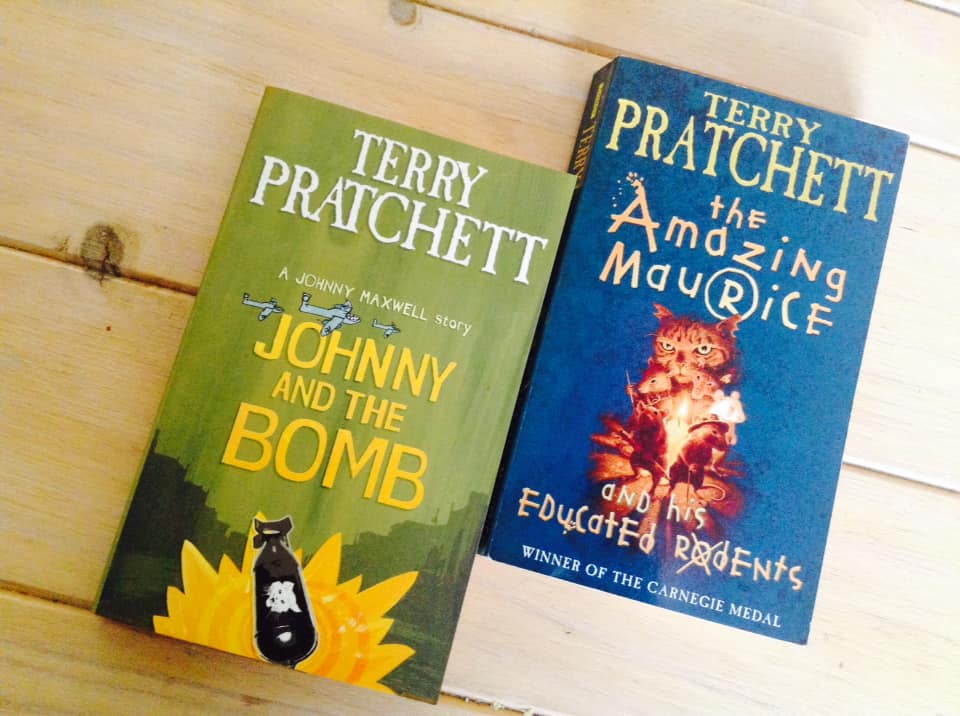 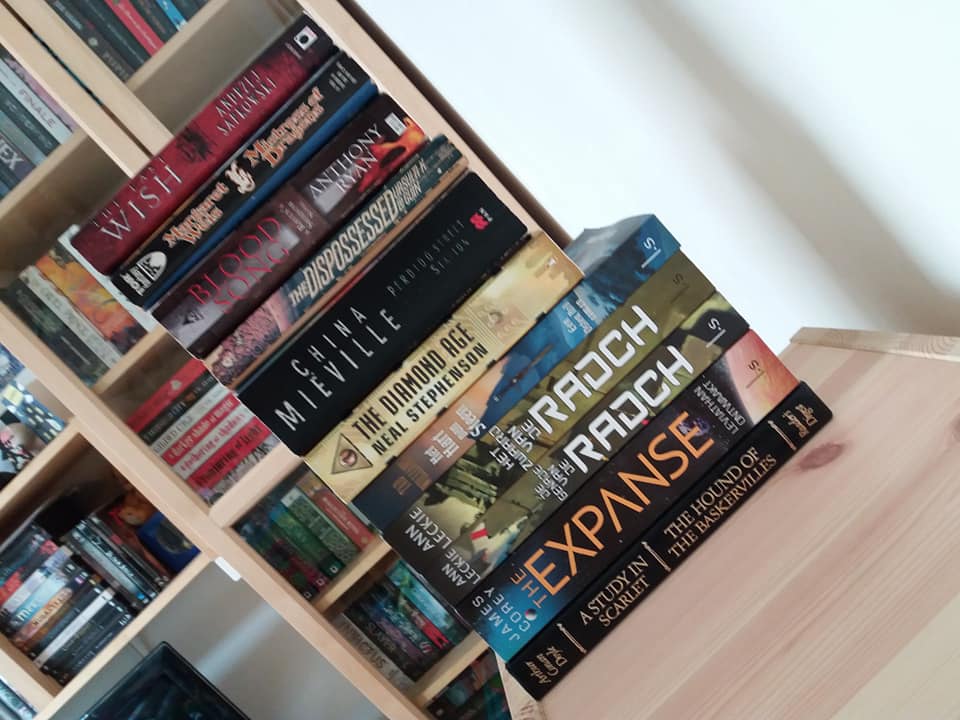 As a lot of you might know (the Dutch people in any case) that Deventer has a book market every August which is considered the largest of Europe. And I’ve been going almost every year since I discovered it (except the year when I was super pregnant with Merijn). It took a bit for me to finally find the books I wanted and I had a smaller budget than previous years but I am still very happy with what I got. Some of these books are books that I have been meaning to get to for my own reading challenge.

The below books are not in any specific order. 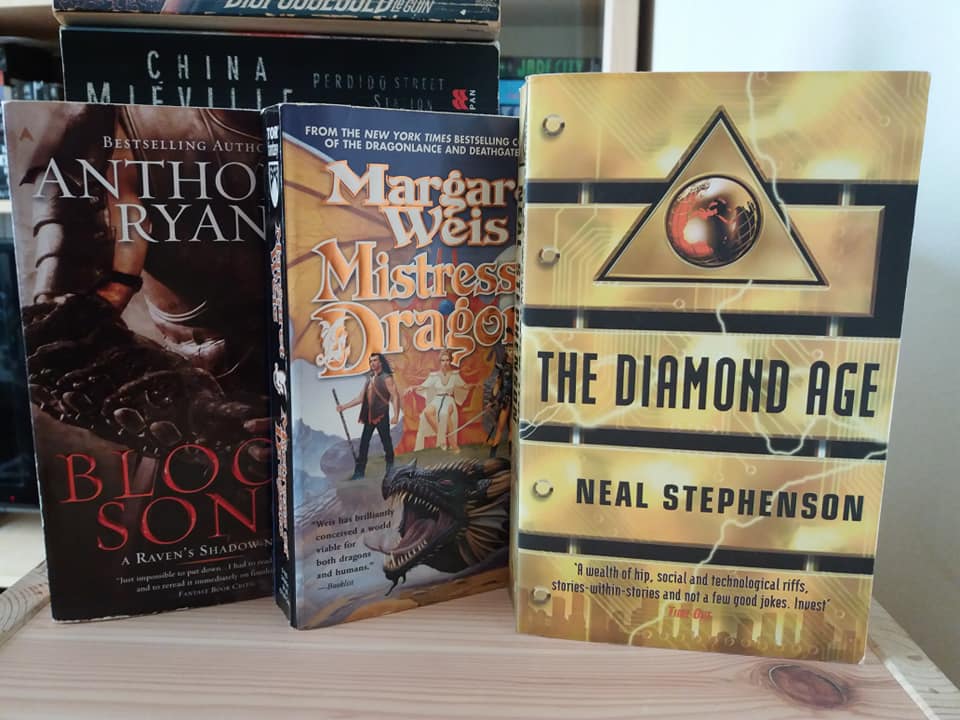 So I got this Anthony Ryan book because I have been interested in it though i STILL haven’t read the other books by him I own. But I generally hear great things by him.
I needed to fill up a 3 for 10 deal and found Mistress of Dragons for that.
And I saw quite a few Neal Stephenson books. I see good ratings for his books but rarely people talking about them so I decided to give this one a chance. 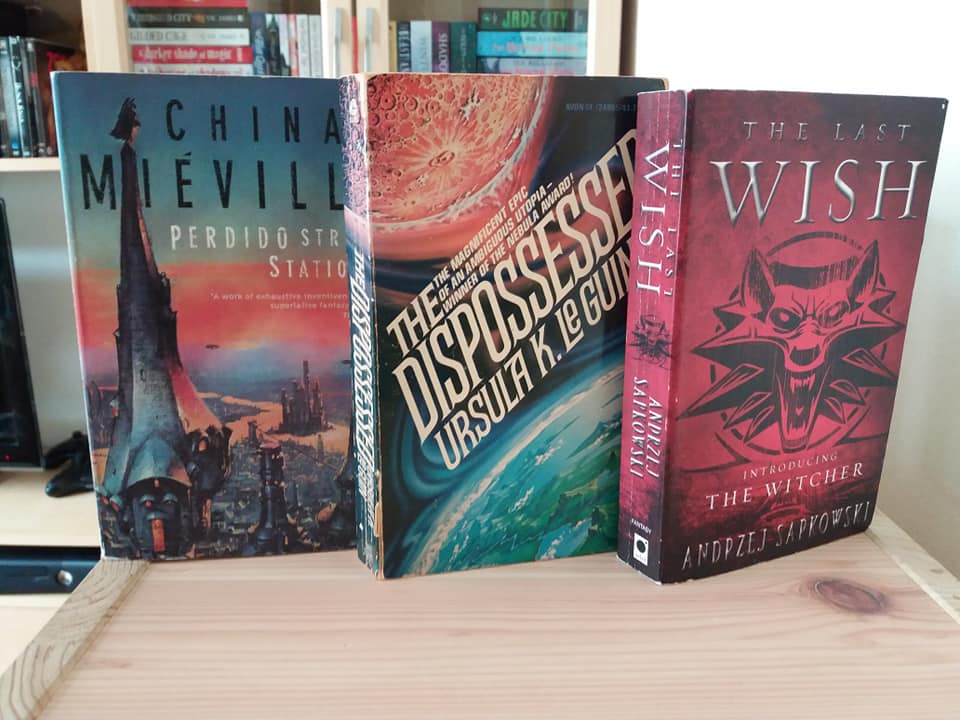 I’ve been meaing to read a Miévelle  for a while and this one fits my reading challenge really well. So when I found it in a 3 for 10 deal I needed to grab it. Another one great for my reading challenge is The Dispossessed and I found it for only 1 Euro. It is a part of a series but I get the idea that I can read it seperately?

And lastly The Last Wish because Aly from Of Wonderland keeps raving about it. 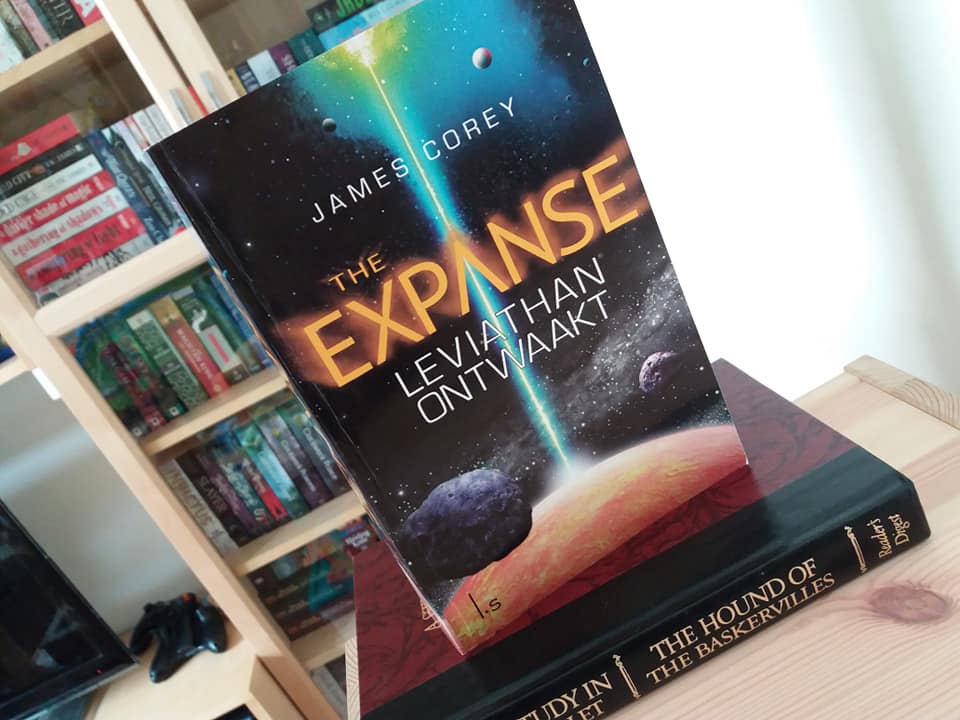 ★ Leviathan Wakes (The Expanse 1) by James Corey
I’ve heard about this one here and there and it fits well with my reading challenge so here we are. 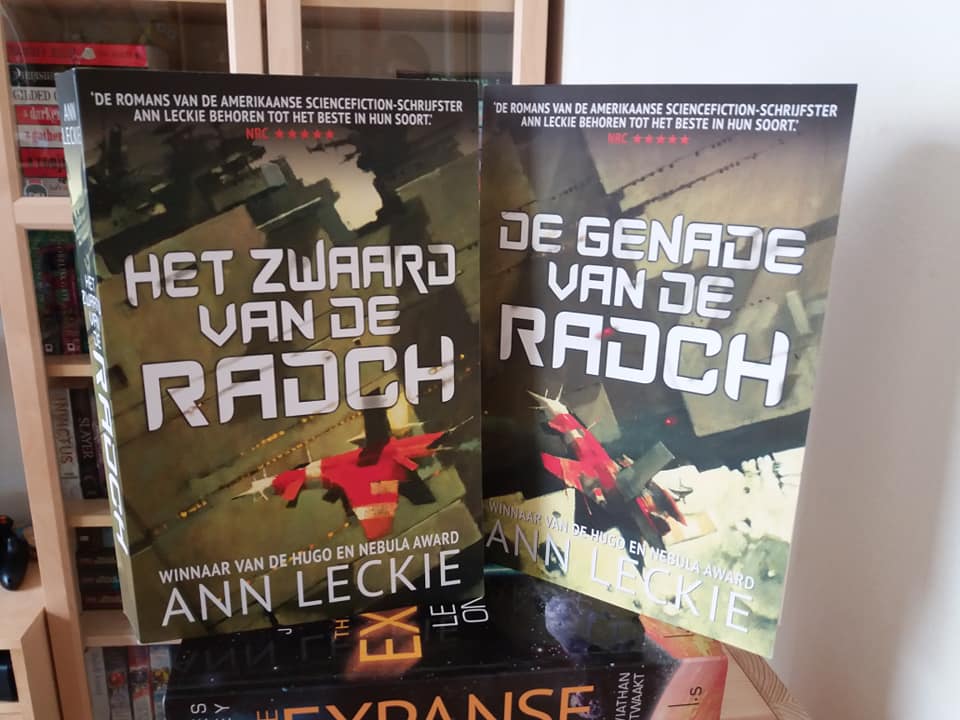 ★ Ancillary Sword (Imperial Radch 2) by Ann Leckie
★ Ancillary Mercy (Imperial Rach 3) by Ann Leckie
I was looking for this series on the book market and I am glad I was able to find books 2 and 3. Still need to get book 1 but I can get that through the library to start reading in any case. 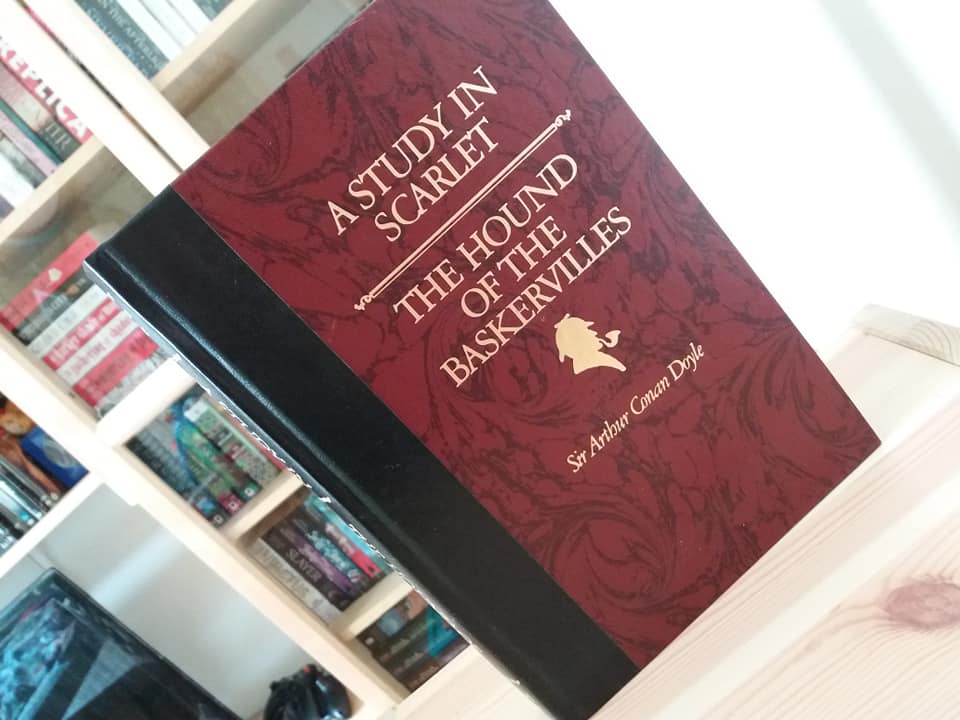 ★ A Study in Scarlet / The Hound of the Baskervilles by Sir Arthur Conan Doyle = READ
Now I own the Barnes and Noble Sherlock Holmes bind-up. However that is not that handy for rereading purposes. I’ve been meaning to find a copy of just The Hound of Baskervilles but this caught me eye and works just as well to reread.

★ Steel Crow Saga (Steel Crow Saga 1)  by Paul Krueger
Release Date: September 26th 2019
Netgalley I thank thee. Very curious about this. Hope to get to it soon.
★ Trinity of Bones (The Necromancer’s Song 2) by Caitlin Seal
Release Date: October 29th 2019
I read the first book of hers last year I think and that was a 3 star read for me. However its been a while and I am curious to see how the author continues.
★ The Beautiful (The Beautiful 1) by Renee Ahdieh
Release Date: October 8th 2019
I am very curious about this book because vampires. Vampire books go a little up and down with me but I really want to see what Ahdieh made of it.
★ Into the Crooked Place by Alexandra Christo
Release Date: October 8th 2019
I really enjoyed To Kill a Kingdom by her so I can’t wait to see how this one turns out.

★ Binti (Binti 1) by Nnedi Okorafor
I mean its not like I don’t have 2 other Okorafor books to read. Might as well add to my list.
★ Running With Lions by Julian Winter
There was a lot of blah around this ebook because I couldn’t open it. But after 2 weeks that is now fixed, woohoo.

21 thoughts on “Book Haul #46 – Boekenfestijn and all that Jazz”