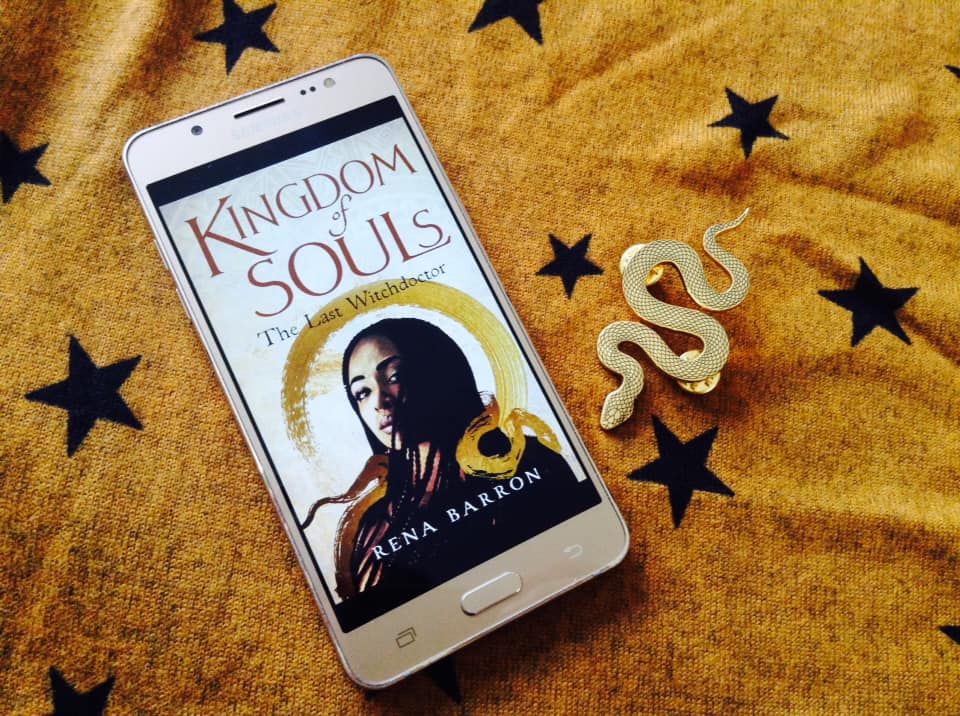 Thank you to Harper Voyager UK and NG for the review copy in exchange for an honest review. This does not change my opinion in anyway.

Arrah is a young woman from a long line of the most powerful witch doctors in the land. But she fails at magic, fails to call upon the ancestors and can’t even cast the simplest curse.
.
Shame and disappointment dog her.
.
When strange premonitions befall her family and children in the kingdom begin to disappear, Arrah undergoes the dangerous and scorned process of selling years of her life for magic. This borrowed power reveals a nightmarish betrayal and a danger beyond what she could have imagined. Now Arrah must find a way to master magic, or at least buy it, in order to save herself and everything she holds dear.

I was incredibly lucky for harper voyager to grant my wish for this book on Netgalley. It is a great addition to young adult fantasy. And especially that US cover made me really excited.

Oh gosh where to start. If people say that Kingdom of Souls is like any other young adult fantasy don’t listen to closely. If you stripped it to its barest bones they would be right. But isn’t that the case for many other stories? Isn’t it how you fill in things that make or break a story? There are some plot elements regarding reincarnation and the gods that made me go hmm. However this is very clearly being set up for the overall story and for that reason I am reserving my right to judge on them. Pacing wise I think the middle dragged.

What stands out in this book are the world building, magic system and characters. The world building regarding the different cultures, regarding the differences between the tribal life and the city life. The cultural differences between the various tribes. The various bond and relationships within the city and even across towards the tribes. It was all such a great enrichment to a new world.  The magic and the orisha are all very interesting. And the author has said that it is only the tip of the iceberg. I can’t wait to dive in even deeper.

Arrah is our main character who can’t seem to come into her magic at all. It is her vocal point at the start of the book. However as the plot starts to stretch out beyond her, not having magic might be the last of her problems. She is head strong but has a secret insecurity running deep through her. Lively and stubborn.  A bit impulsive at times. There is a lot to like about Arrah. And she makes her mistakes, like we all do. Most of all I enjoyed her in interaction with her friends. Rudyek, Maika and so on. There is a certain loyalty between this group, where they are safe to make jokes with each other. To relax. But they don’t hesitate to protect each other either.

An interesting relationship is that of Arrah with her sister. One that I think could have used a lot of deepening out to make that ending work even better. I just don’t think the bond was there as the author wanted at the end and it made the impact less for me. It was a shame.

All in all however, this book is a great read and I can’t wait for the next one to come.

4 thoughts on “Kingdom of Souls: The Last Witchdoctor // Book Review”