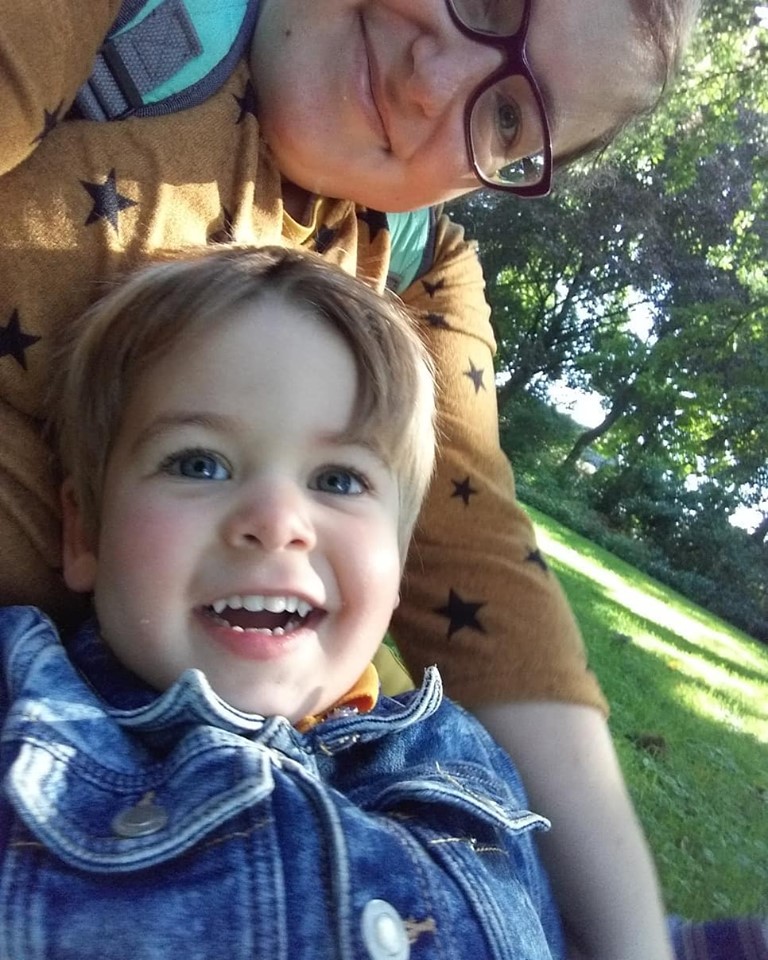 Today Merijn is turning three as you might have caught on by now. The past year has been a bit of an up and down rollercoaster regarding many things. My depression. His behaviour. Two is a hard age you guys. You have no idea. But in the end we made it with much love. He is a (mostly) outgoing, energetic and helpful boy who loves to cuddle. ❤

Like I have done the past two years I am sharing what books he’s liked since he turned two. Looking back I feel like we didn’t have a big change in favorites until recently. He still grabs to a lot of the books that he did last year. 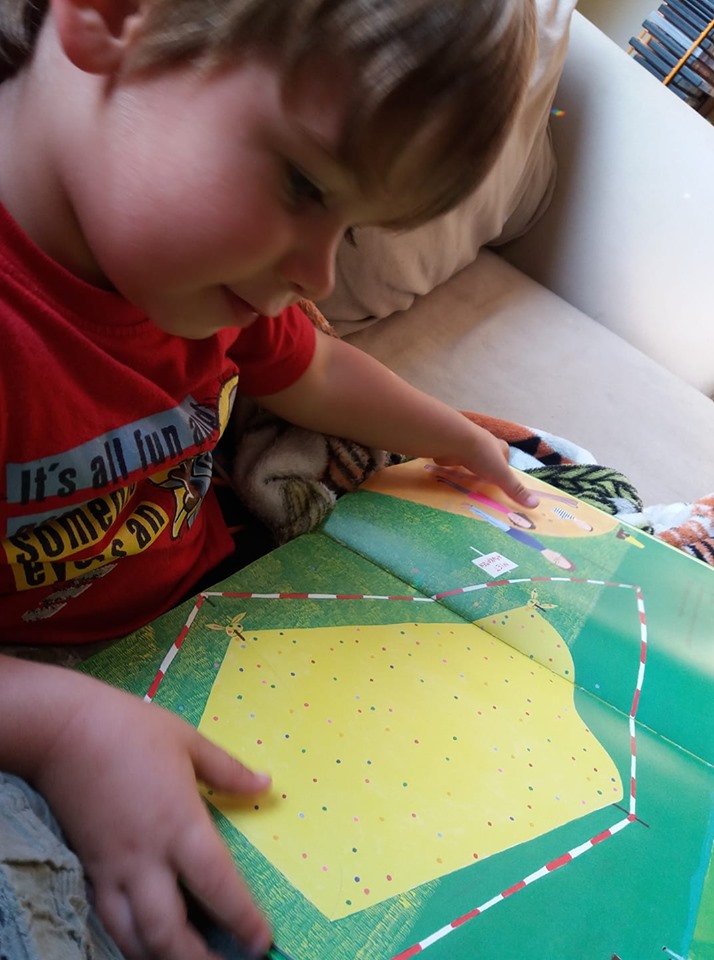 One of Merijn’s newest favorites is this Dutch Picture Book. It was for the Dutch Children’s Book Week of 2018 in October. It took him a bit to have enough patience to sit through this but now he is very excited to say what is coming. It is about two kids who find something covered up on their playfield. They pretend it is all sorts of things as children in their neighborhood join them. Merijn is literally screaming throughout this book in excitement.

Don’t Wake Up the Tiger

The animals want to move the balloons but the sleeping tiger is blocking the way.  The interactiveness this book has is what draws Merijn in. There is an excitement that builds throughout the book and the drawings are super cute. 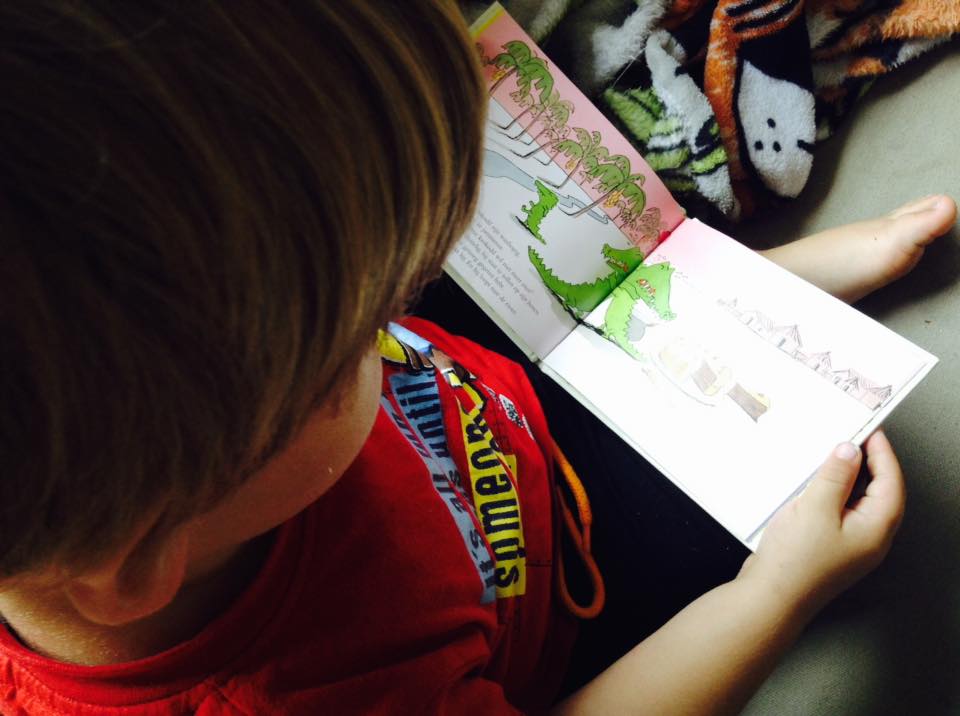 A little crocodile doesn’t want to eat bananas anymore. He wants to eat a child. The lesson from the story is that to grow big to do what you want is to eat and work hard. But using a crocodile wanting to eat a kid is maybe a bit much? But Merijn has really started taking a liking to it and really lives along with the crocodile.

Peppa Pig: Fun at the Fair

We have a few Peppa Pig books at home but he doesn’t grab to them that often. However when he is at his grandparents he always wants to read this book about Peppa and his family at the fair. 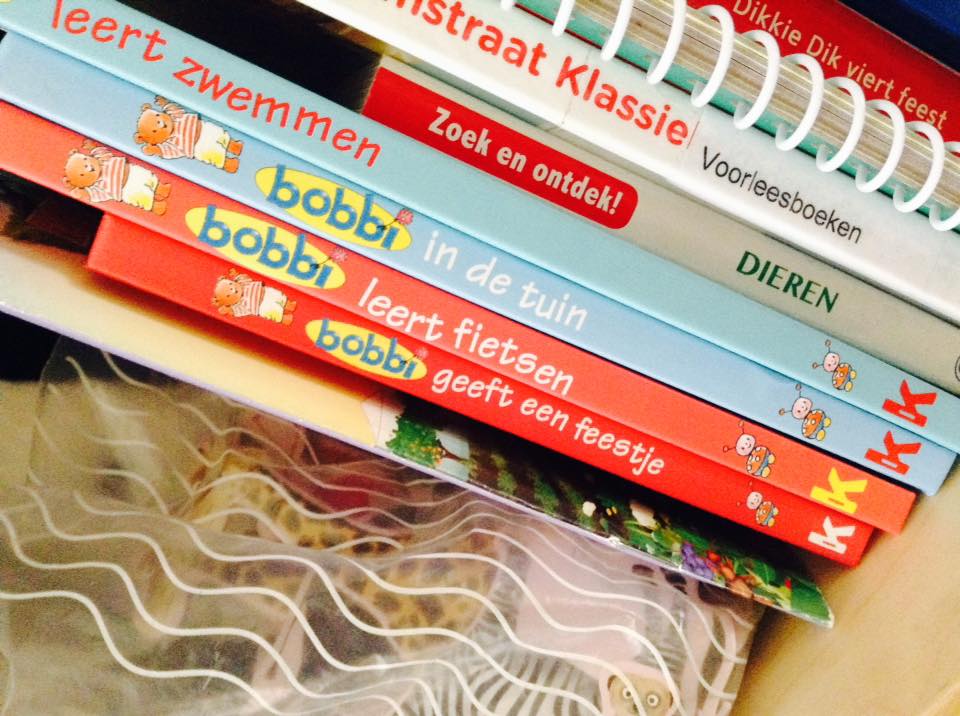 Bobbi is a little toddler bear who goes throught he same things as our toddlers do. Learning to swim, giving a birthday party, working in the garden. Ever since one of the books was used at pre-school for a topic he has been taken by Bobbi.