Once again I am changing the prompt for top ten tuesday. Talking about tropes just isn’t really my thing I guess. Sometimes I’ll like tropes and sometimes I won’t. It depends a lot on the story and the writing I am noticing a lot lately.

So for today I am taking a head start with the topic 3 weeks in the future, books on my tbr I avoid. Today will be just sequels and then will be books I really avoid in general. Top Ten Tuesday is hosted by That Artsy Reader Girl. 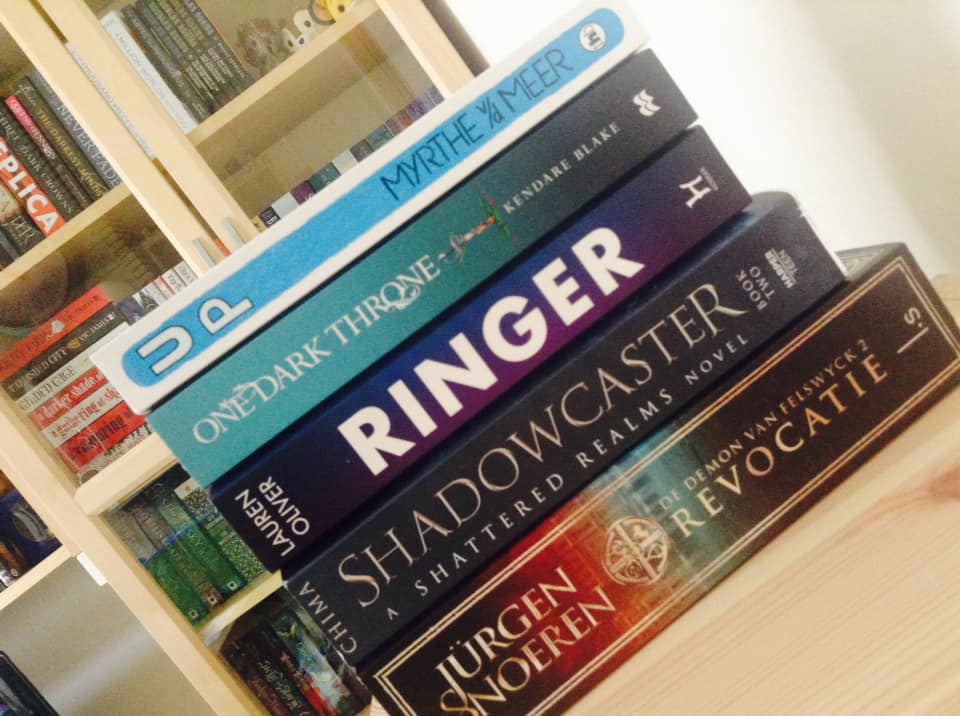 You know I was really surprised with how much I ended up liking the first book. But then it took a while to get the second book and Fall last year was really difficult for me when I did get it. And I just never ended up reading it.

I bought the wrong edition so now they don’t match *rolls eyes*. It is a sequel so with this I’d be finishing a series. Really just need to pick it up. Maybe during sci-fi month.

This one is more delicate. The first book Paaz is about being admitted to a psychiatric ward for depression. As you all know that is something I suffer from. This sequel is the return of the character there. When I read the first book I was doing really well and of my meds and it still hit home. I just don’t think I am ready now to read that sequel.

This one is so biiiiiig and I really need to reread the first one too and that is so biiiiig too.

I was just really peeved at the cover changes for these.

These I Even Still Need to Buy

Gemina (The Illuminae Files 2) by Jay Kristoff and Amie Kaufman

Again I was really surprised by Illuminea but for some reason I have not purchased this yet.

This is another duology I could just finish and yet, here we are. I did like Reign of the Fallen but I am also unsure of what to expect of this second book.

Seriously I love Howl. I just need to commit to buying it sometime.

The Wicked King (Folks of Air 2) by Holly Black

I liked The Cruel Prince but I haven’t quite felt like buying this second one. Like I lost interest or something?

Wild Country (The Others 7) by Anne Bishop

This hardcover is just so expensive!

23 thoughts on “Sequels I Keep Putting Off / #toptentuesday 202”