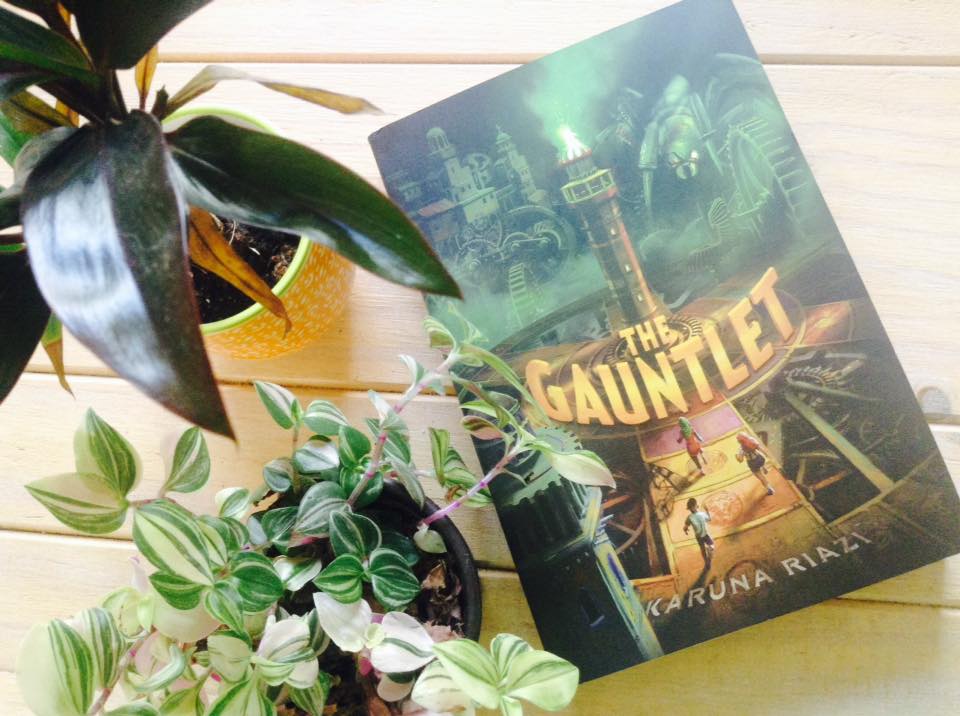 Nothing can prepare you for The Gauntlet…
.
It didn’t look dangerous, exactly. When twelve-year-old Farah first laid eyes on the old-fashioned board game, she thought it looked…elegant.
It is made of wood, etched with exquisite images—a palace with domes and turrets, lattice-work windows that cast eerie shadows, a large spider—and at the very center of its cover, in broad letters, is written: The Gauntlet of Blood and Sand.
.
The Gauntlet is more than a game, though. It is the most ancient, the most dangerous kind of magic. It holds worlds inside worlds. And it takes players as prisoners.

The Gauntlet is an interesting mix of steampunk and the movie jumanji. Especially if you liked the most recent Jumanji movie in setting I think you would enjoy this one.

I think the strength that this book has is that it focuses on family. Family is a very important theme in this book. Our main character Farah for instance values her family above all. Especially when it comes to her younger brother Ahmed who has ADHD. Her family also showed different family traditions and a different culture. Which of course is great. For those children that rarely get to see themselves in books, they will find themselves in here.

Plot wise it follows a set set-up where the characters had an hour to get to their challenge and then an hour to complete their challenge.  The rules were clear, the goal was clear. While this might seem unsurprising I feel like it adhered very well to the game plot that it used.

As for the characters I found Farah a likeable, understandable young lady. She grew in the book from where she second guessed herself to becoming more trusting of her own judgments and that was great to see. She had a clear link to her family, to her brother, to her aunt. It was felt.

The secondary characters, her friends, had clear personalities but there was nothing deepening them out. They were pretty flat. Also at the start of the book it suggested that there were problems in their friendship, especially Alex was ignoring Farah at her own birthday party. This wasn’t dealt with.  Working together as well as they did throughout the game doesn’t mean any of apparent problems that will go away in the real world. So I was disappointed that none of that was dealt with throughout the book.

Overall though this was an enjoyable and fast paced middle grade.

2 thoughts on “The Gauntlet // Book Review”