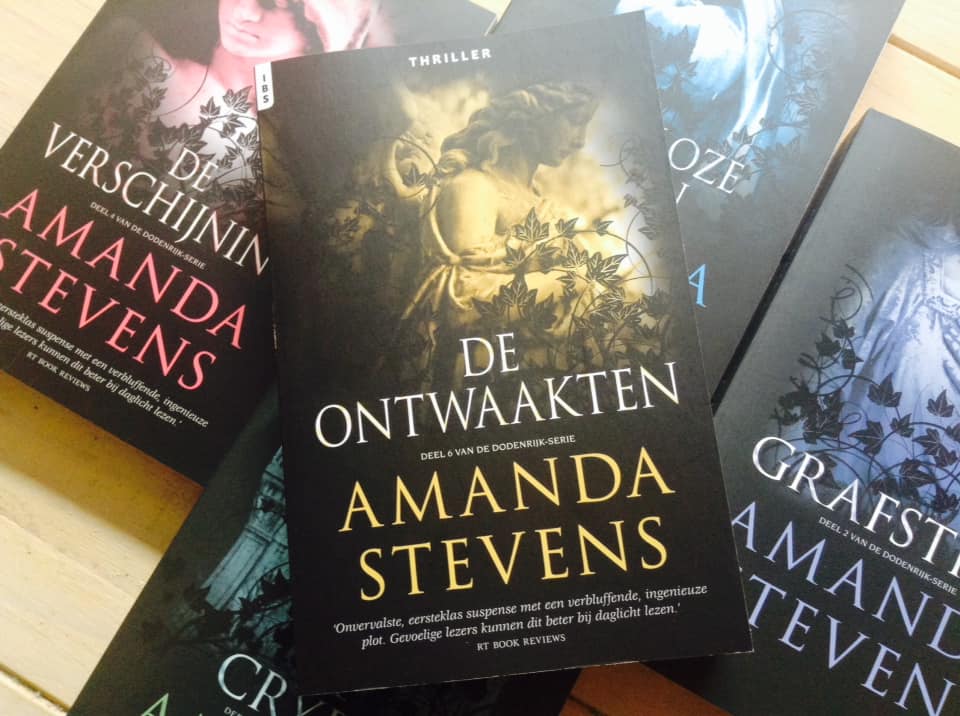 My name is Amelia Gray, and I’m a cemetery restorer who lives with the dead. An anonymous donor has hired me to restore Woodbine Cemetery, a place where the rich and powerful bury their secrets. Forty years ago, a child disappeared without a trace and now her ghost has awakened, demanding that I find out the truth about her death. Only I know that she was murdered. Only I can bring her killer to justice. But the clues that I follow–a haunting melody and an unnamed baby’s grave–lead me to a series of disturbing suspects.
.
For generations, The Devlins have been members of Charleston’s elite. John Devlin once turned his back on the traditions and expectations that came with his birthright, but now he has seemingly accepted his rightful place. His family’s secrets make him a questionable ally. When my investigation brings me to the gates of his family’s palatial home, I have to wonder if he is about to become my mortal enemy.

The Awakening is the sixth and final book in The Graveyard Queen series which I finally read after having had in my possession for a year and a half. Series endings are always hard and I think that sort of shows with this one too.

I think what bothered me the most with this book is how incredibly clear it has been from the start what was going to happen here. There was no twist. It wasn’t clever. It was obvious. And I know that Amanda Stevens can do better than that. She can write this better than she did. She proved that with the second book which I loved so much for the writing and the feelings it gave me. This could not quite hit me.  Everything wrapped up in such a neat little bow. It was almost lackluster.

Still when it comes down to it I still enjoyed reading about the paranormal elements, getting to know her aunt a little more and finally seeing Devlin’s grandfather who has kept being held up as the big evil. And she still knows how to write those seductive scenes between Amelia and Devlin.

However there were also too many cringy scenes. She basically stalks Devlin in the morning, by going by his house during her morning walks and secretly trying to get a glance of him. Devlin’s constant cryptic talk about what is going on. We ALL know what is going on. You can just say it. It might have saved us a few deaths.

All in all not quite a solid ending to this paranormal romance series.