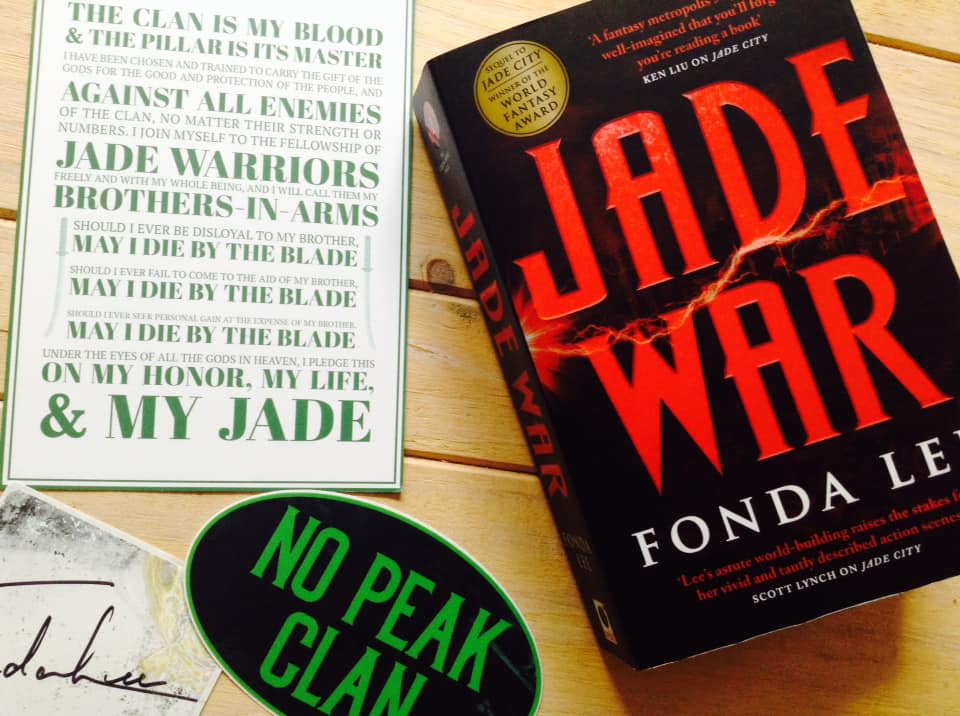 Thank you to Orbit/Little Brown Book Group and Netgalley for the review copy in exchange for an honest review. This does not change my opinion in anyway.

On the island of Kekon, the Kaul family is locked in a violent feud for control of the capital city and the supply of magical jade that endows trained Green Bone warriors with supernatural powers they alone have possessed for hundreds of years.
.
Beyond Kekon’s borders, war is brewing. Powerful foreign governments and mercenary criminal kingpins alike turn their eyes on the island nation. Jade, Kekon’s most prized resource, could make them rich – or give them the edge they’d need to topple their rivals.
.
Faced with threats on all sides, the Kaul family is forced to form new and dangerous alliances, confront enemies in the darkest streets and the tallest office towers, and put honor aside in order to do whatever it takes to ensure their own survival – and that of all the Green Bones of Kekon.

Jade War starts around 18 months after the events of Jade City, still with an ongoing war between No Peak and the Mountain. A peace is brokered but a cold war continues between the two by manipulation. They both know the other is doing it but keep the peace going nonetheless. It was interesting to see how focused both Hilo and Ayt have been on the destruction of each other. How many pieces had to be moved and sold before an actual move could be made. It was chess with violence.

The world gets bigger and the stakes get higher. We follow characters to a new country and see the backlash of a war between two other countries on Kekon. It continues to build and I am curious to see how the world will continue to build in the third book. There is still a lot left to discover.

Fonda Lee has a talent with making you care about characters. She has been building up my love for Anden since the first time he appeared and there is no way that is every going away. His characterization and his road to trying to discover what he wants, stuck between his desire to be with his family but not be a green bone that he needs  to return, was an interesting road to watch. I fully support the change he made right there at the end. AND I have had an inkling who is going to be his love interest from book 1 and if I am right, man that is a true slow build right there. 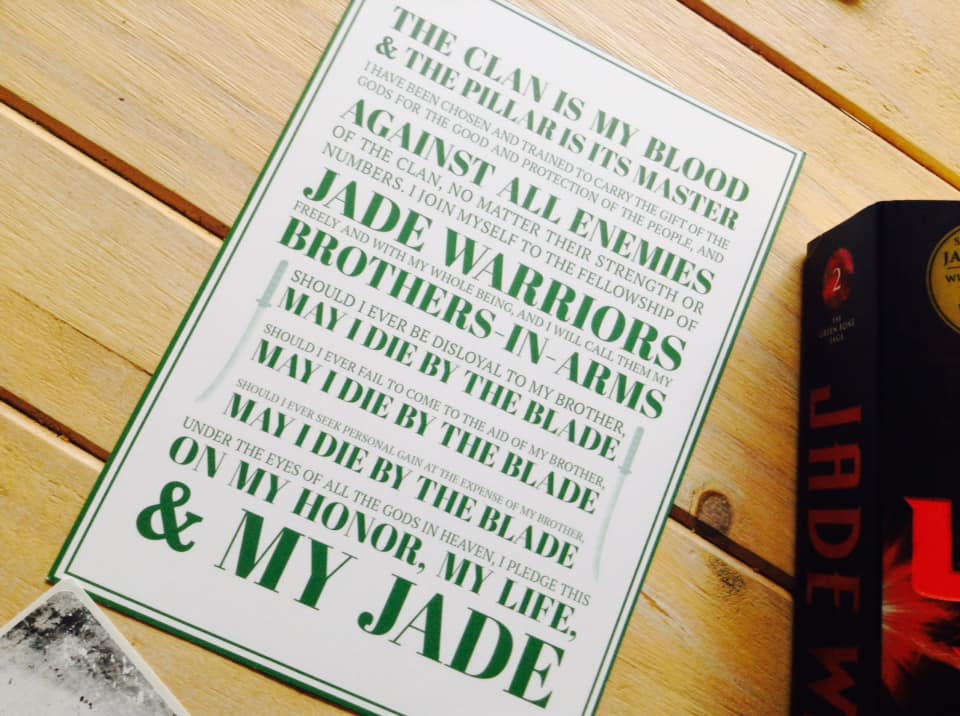 Despite building up all that care and love she knows how to tear everything apart as well. My feelings could not deal multiple times throughout the second half of this book. Even with newer characters, she managed to hit me in the feels. Ones that weren’t even that present, that I hadn’t realized I cared about until THAT happened.

While the war and running No Peak are at the front and center it seems, there are a lot of character relationships and interactions here that create such a feeling book. Hilo and Anden, who need to figure out how to deal with the sudden void between them. Hilo and Wen, where Wen has been trying to make herself important to the clan in secret while her husband has been keeping her away. Shae and Hilo, who have always had a sibling rivalty and need to trust each other despite coming from completely different ideals in life. And so on.

And I mean I am only sharing the tip of the iceberg here. There is so much put into this book. Into this series. To discover. To love. To Feel.

The only thing and person I hated is Bero and I just want to kick him down the mountain.