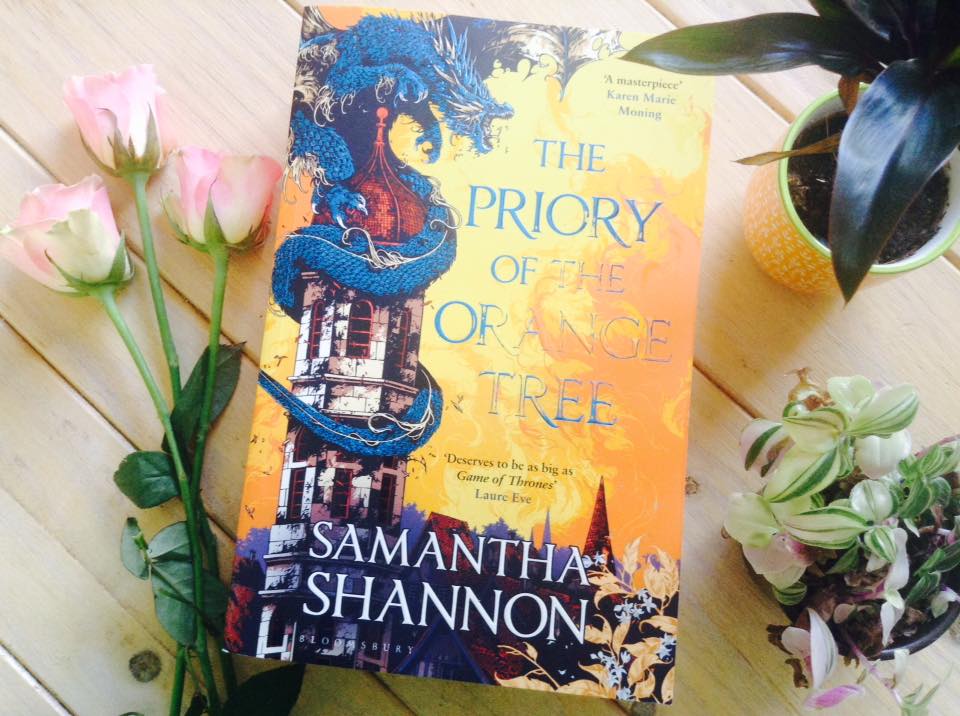 A world divided.
A queendom without an heir.
An ancient enemy awakens.
.
The House of Berethnet has ruled Inys for a thousand years. Still unwed, Queen Sabran the Ninth must conceive a daughter to protect her realm from destruction – but assassins are getting closer to her door. Ead Duryan is an outsider at court. Though she has risen to the position of lady-in-waiting, she is loyal to a hidden society of mages. Ead keeps a watchful eye on Sabran, secretly protecting her with forbidden magic. Across the dark sea, Tane has trained to be a dragonrider since she was a child, but is forced to make a choice that could see her life unravel. Meanwhile, the divided East and West refuse to parley, and forces of chaos are rising from their sleep

Hello, somewhat unpopular opinion time here but I did not love The Priory of the Orange Tree. Don’t get me wrong, it is a solid book and that is why it gets 3,5 stars for me but I also have some complaints.

Let me start with my biggest. For the things that happened, this book was too long. We follow 4 main characters that come together in the end. However I feel that at least one of these characters should have been cut. Doctor Roos. I liked what he was supposed to represent, the older, disgraced gay man. However I don’t think his little bits added enough to warrant the space he took up in this plot. His knowledge and things he learns could have been added in other ways. Because it really wasn’t that much. He felt very out of place and even when things came together at the end it still felt like he didn’t fit at all.

Adding on to that, some of his space should have been given to dragons. Yes I know. 800 pages and you are complaining there wasn’t enough dragons? Yes. Because the way the dragons were used, and mainly the Eastern Dragons, was just as tools. The enemy dragons were just evil. The Eastern Dragons were good. But we only got one Eastern Dragon truly on the page and she was just characterized as a chastising good natured grandmother. I just wanted to see more of the Eastern Dragons. More personality. More about the place they take in the world. How they add into the culture and the ways of Tane. But we didn’t get that. And again, with 800 pages, there was room enough.

Having said that however I feel that the rest of the world building is incredibly solid and interwoven. The idea of the tree, the priory, the legend, the fates and so on were all so well thought out and I never had any questions about any of them. Everything fell into place. Samantha Shannon can shape a world for sure. The writing was also equally as great.

Of all the characters I think I was most taken with Ead. She started looking down on the people she worked with to protect Queen Sabran as she came from such a different background and had another goal. But as she spends more and more time with them she learns to love them all. And especially that one person she is meant to protect. Their love is a slow burn. They get to know each other first and then you can see the connection that is forming. I really liked that. I enjoyed Ead’s journey the most.

Tane took a lot of getting used to but she grew as she learned from her mistakes and the strength she had at the end I admired.

18 thoughts on “The Priory of the Orange Tree // Book Review”