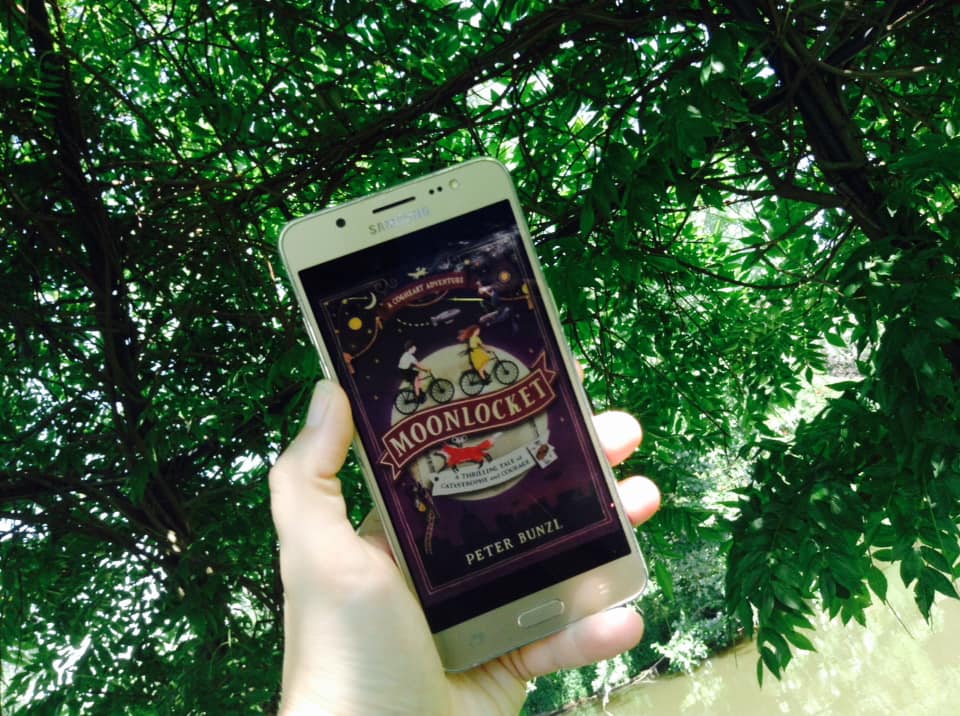 Thank you to Netgalley and Jolly Fish Press for the review copy in exchange for my honest review. This does not change my opinion in anyway.

Storm clouds gather over Lily and Robert’s summer when criminal mastermind the Jack of Diamonds appears. For Jack is searching for the mysterious Moonlocket – but that’s not the only thing he wants.
.
Suddenly, dark secrets from Robert’s past plunge him into danger. Jack is playing a cruel game that Robert is a part of. Now Lily and Malkin, the mechanical fox, must stay one step ahead before Jack plays his final, deadly card…

Moonlocket is the sequel to Cogheart, a middle grade steampunk book I read earlier this year. I am conflicted on this book to be honest.

And I am just going to start with the problem I have. It is the ending. The end of Cogheart already had some violence that was on the border. But the ending of Moonlocket has more. And especially the combination of violence, guns, family members, drowning and death is a combination that I don’t think should have happened in this middle grade. Because you do have to realize you write for middle grade. This isn’t about sheltering children. If we aren’t going to write age appropriate within the target groups of middle grade and children’s books what is even the point of having these categories? Middle grade should be age appropriate for every child within the range of 8-12 years old. And yes I am sure there are kids that can deal with that but the target group isn’t just for those kids.  So yes I docked heavily in my star rating for this book.

Other than that I think that the story in itself is fine. We focus more on Robert who is trying to find his mother. Trying to find out what that part of him is. How she could leave him? Why she isn’t coming now that his father is dead. I think that for kids who only have one parent, who are in a similar situation, this will be very relatable. I’m glad to see that he was clearly welcomed in Lily’s family still whatever he choose to do.

I thought Malkin’s , lily’s mechanical fox, was a bit too much of a negative nancy in this one. Man he could certainly get my mood down. I think Lily’s father is too naïve that he thinks he can leave his daughter and his friend alone at home for days at an end and for them not to get up to things that he forbade with only mechanical people around them to tell them no. Which they know how to shut off and can run away from easily.

So yeah I think the story itself is great middle grade but detail wise I think that there is a lot that don’t work for middle grade or don’t make sense.