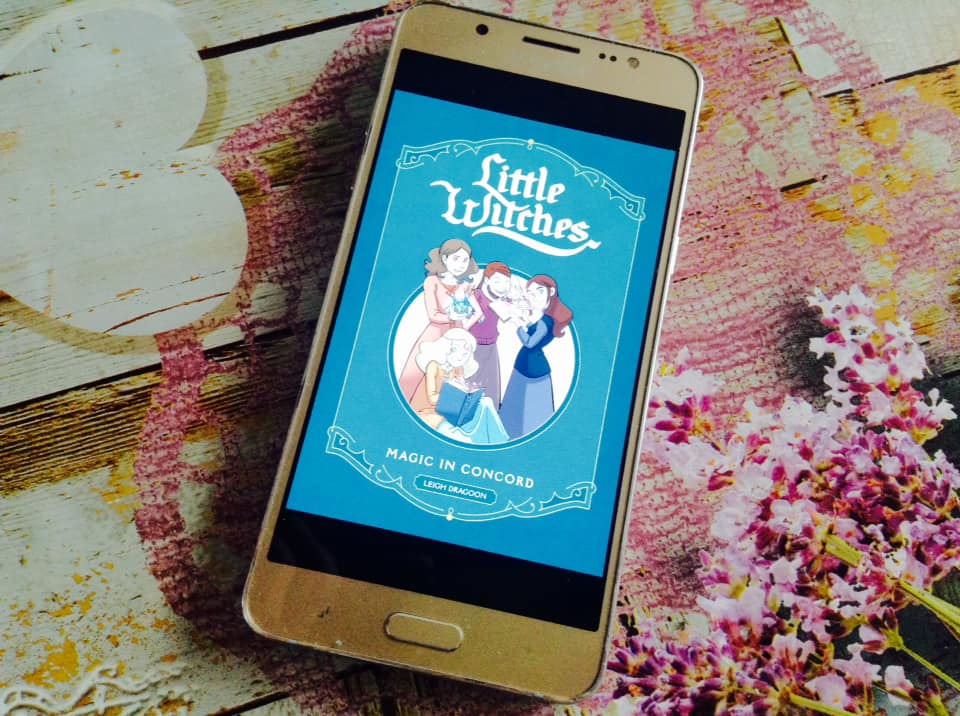 Thank you to Oni Press and Netgalley for the review copy in exchange for an honest review. This does not influence my opinion of the book in any way.

A retelling of Louisa May Alcott’s Little Women, the graphic novel follows Jo, Meg, Beth, and Amy as witches-in-training. When Mr. Laurence, a witch­finder, moves in next door with his grandson to investigate renegade magic, the girls get caught up in the action.

The title of this might sound somewhat familiar and it is because it is a play on Louisa May Allcott’s Little Women. In fact this is a retelling. I don’t consider it inspired as other reviewers have said because it holds to close to known events. While I might not have read Little Women I do know a bit about the story.

In this graphic novel retelling the Marches are witches and the Lawrences are witch hunters. An interesting concept if it had been worked out properly. Instead the Lawrences know they are witches but won’t prosecute them because they aren’t a certain type witch. That was confusing and there was very little explanation there as to these different types. And that is quite honestly the gist of the whole story. It wants to do a lot but it really doesn’t have the room in the 140 pages to make a proper world building which leaves a lot confusing. It’s a shame this seems to be all shoved into one graphic novel (that I can tell as of now) because I think if this story and world could have been able to go over a few volumes you could have had a great little series. Instead its lukewarm at its best.

The change of the Lawrences to being black was something I much applaud and was glad to see.