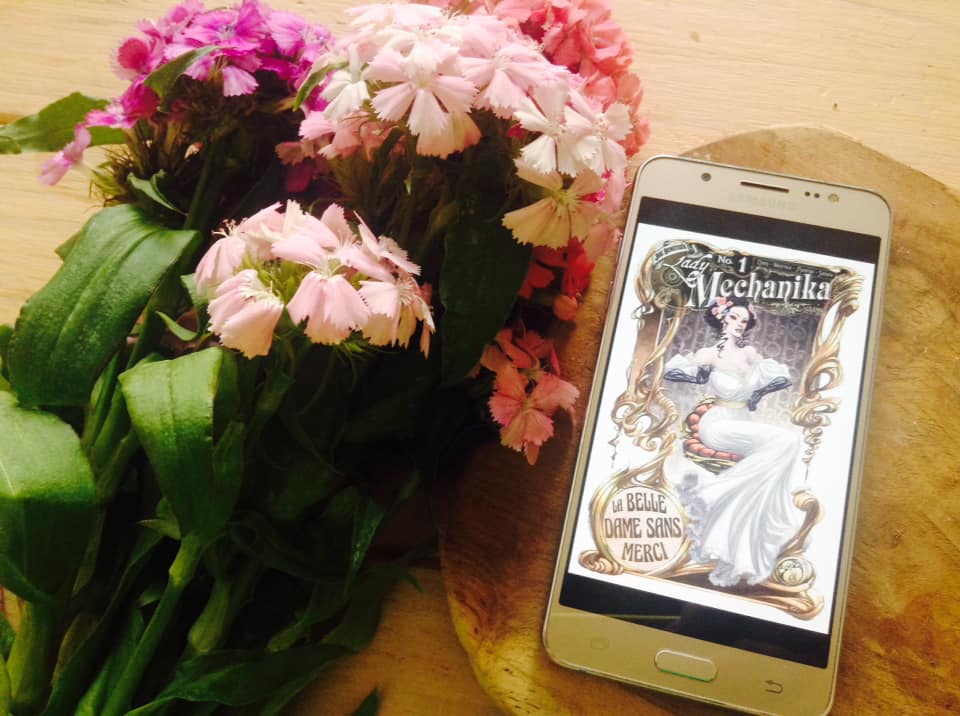 Thank you to Netgalley and Diamond Book Distributors for the review copy in exchange for an honest review. This does not change my opinion in any way.

Lady Mechanika finally has a solid clue to her forgotten past, but the investigation becomes overshadowed by her concern for Mr. Lewis when his behavior suddenly turns erratic and potentially dangerous upon meeting a beautiful and enigmatic young widow.

This volume starts us of with us heading into a bit of Lady Mechanika’s past. Or at least there are some hints there. It got me quite excited to maybe see a bit more of it discovered in this volume. However unfortunately that did not happen. Those little hints were all we got and the story shifted.

I could have really liked the shift of story as it goes into Lewis’ problems, if it had also properly gone into the bond these two have. Instead it barely skims the surface. Lewis makes it clear he doesn’t feel appreciated and lady Mechanika feels attacked. That is it. It sucks because Lewis fragility here opened up a lot. He is clearly suffering and it could have added an emotional feel to this volume.

Instead I got a negative feel from this volume. Lewis is trying to deal with the loss of his family that he blames on himself. It makes him drown himself in drinks. His decisions when he does stop drinking aren’t of liking to Lady Mechanika. And yes she had every right to criticize them. They weren’t great. HOWEVER at what point is it okay for her to make decisions for another adult because she doesn’t like/agree with them? He wasn’t under a spell in that he was being coerced. The end clearly showed that. I am interested in seeing how this backlash will be dealt with in later volumes because you can’t just recover from something like that in a friendship.

I feel like these volumes (this one was just 100 pages) really aren’t long enough to do justice to the world, the stories and any kind of overarching plot with Lady Mechanika’s past.

The art in itself is great and consistent.