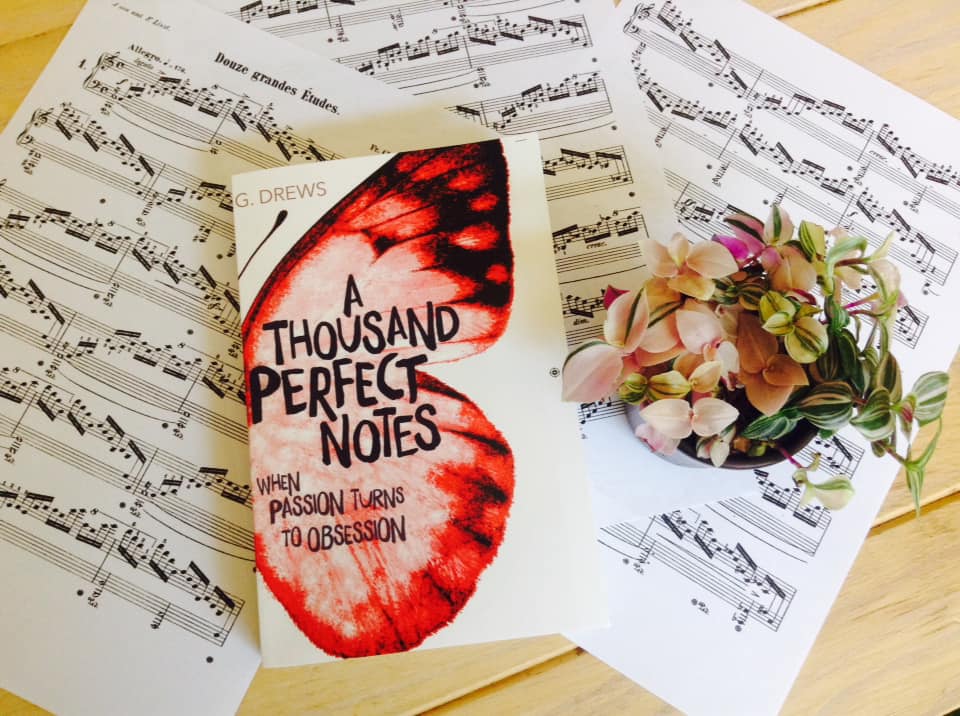 Almost a year after its release and I finally read A Thousand Perfect Notes. Many of us will know that the author, C.G. Drews is our very own Paper Fury, which gives something extra to reading this book. Contemporary is always a hard genre for me as I am such a fantasy lover but on the rare occasion I do give them a shot, I tend to pick the gems. Which was also the case here.

A Thousand Perfect Notes tells the story of Beck who hates his life. His mother. Maybe even music. Especially the piano that his mother forces him to play on for hours on an end. Nothing is as important as that to his mother who became injured and lost her true passion. Her frustrations get taken out on Beck who is demanded to be nothing but perfect.  But then a girl enters August life and it triggers in him to question what he really wants.

So here are some reasons to pick up A Thousand Perfect Notes.

It Deals with Hard Topics and It Does It Well.

One of the big topics in A Thousand Perfect Notes is child abuse. Both physical and emotional. It is heart wrenching and realistic. Some people are quick to talk about escalating violence in abuse stories as sensational or for shock value. I don’t think those people understand how abuse works. It isn’t a steady stream, always the same. It gets worse and worse, especially when there are outside triggers like there are in this story. Yes the violence from the mother escalates. That is what happen when there is more stress on the abuser. Or when the abused starts standing up for themselves. I also shows well the influence it has on younger children who see the abuse.

One of the things that made me fall so hard for this book was Beck. He is a bit of a cinnamon roll. Sarcasm and funny underneath all his clouds that burden his shoulders.

I loved seeing the love between Beck and his little (half) sister Joey. His little sister still goes to pre-school but is getting into a lot of trouble there. He has to take care of everything with her. Joey is his mothers angel. There never once was a moment where Beck felt angry towards his sister being the favorite or having to do everything for her which was so nice to see. Their bond is so true. He would do anything for her. And while she is still so tiny, she wants to protect him in her own way.

Romance Was Not Front and Center

If there is one thing I dislike is when romance becomes the front and center or when the love interest becomes the reason for change. Both of this wasn’t the case even if the synopsis kind of hints at that. No, August comes in to his life and questions things. She isn’t the reason Beck made different decisions. She just triggered the right things with him. Sometimes that is just what you need. She wasn’t his savior. He was that himself.

Their romance also wasn’t front and center. It was there in the background. There was no ‘oh my gosh I love you so much’. They just really liked each other.  They had that chemistry on the page too.

10 thoughts on “Four Reasons to Read A Thousand Perfect Notes”