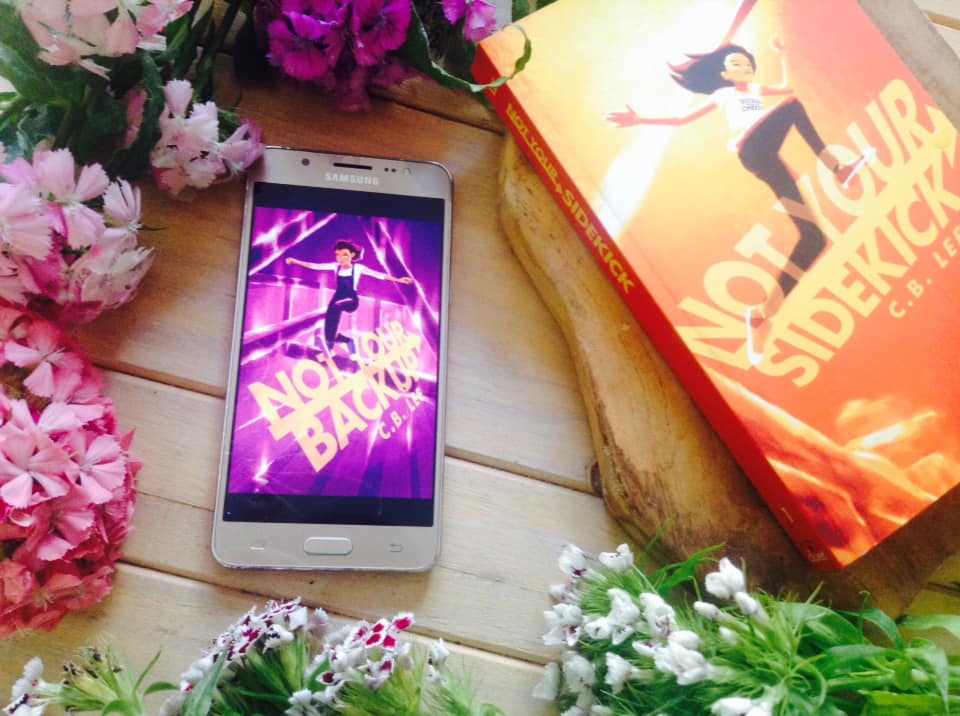 Thank you to Netgalley and Interlude Press/Duet Books for the review copy in exchange for an honest review. This does not change my opinion in anyway.

Emma Robledo has a few more responsibilities that the usual high school senior, but then again, she and her friends have left school to lead a fractured Resistance movement against a corrupt Heroes League of Heroes. Emma is the only member of a supercharged team without powers, she isn’t always taken seriously. A natural leader, Emma is determined to win this battle, and when that’s done, get back to school. As the Resistance moves to challenge the League, Emma realizes where her place is in this fight: at the front.

The third book in the Sidekick Squad already. Not Your Backup is yet another fun installment. I will say that this book had its positive and negative for me which made me not quite love it. Even though I wish I could because it has so much important bits in it.

Let’s start with the positive. In this story Emma is our main character. One I didn’t care too much for in the previous two installments. However once you get into her head in this book a lot of things just fall into place more about who she is and what she struggles with. You see Emma is asexual. This is something that she struggles with throughout the book in that she is in search of what that means for her and her relationship with Bells. Especially that aspect. I can’t tell you how important it is to see this in a book. It showed the variations of asexuality, including all of them. It made me realize that I am on the ace spectrum. (Can you imagine what it would do to teens to read this and realize they aren’t alone?) And at the end Emma hasn’t figured everything out. In such a short time frame, who can? But that also makes it realistic.

Jumping onto the rest of the characters, the Sidekick Squad are such gems. I love Bells forever. He is such a cinnamon roll and so respectful of Emma, her wishes and her struggles. He is fine with whatever way that she wants him with her. Jess and Abby, oh gosh. Much love there too. I can’t wait for a bit more focus on those two.

Having said that I found the plot a lot slower than the previous two. A lot of that had to do with Emma, as she is a very different character (and the only one without powers) and a lot of things happened in her head and in interactions instead of the big action. Which is fine, but it also stalled a bit in the middle there. Not all of the decisions made a 100% sense, especially at the end there. That just got thrown at us. And I got kind of annoyed with the constant ‘Abby isn’t doing so well’ but not getting any answers on that.

Even so I do think this book and its series is still very much worth a read just for the rep and characters alone.