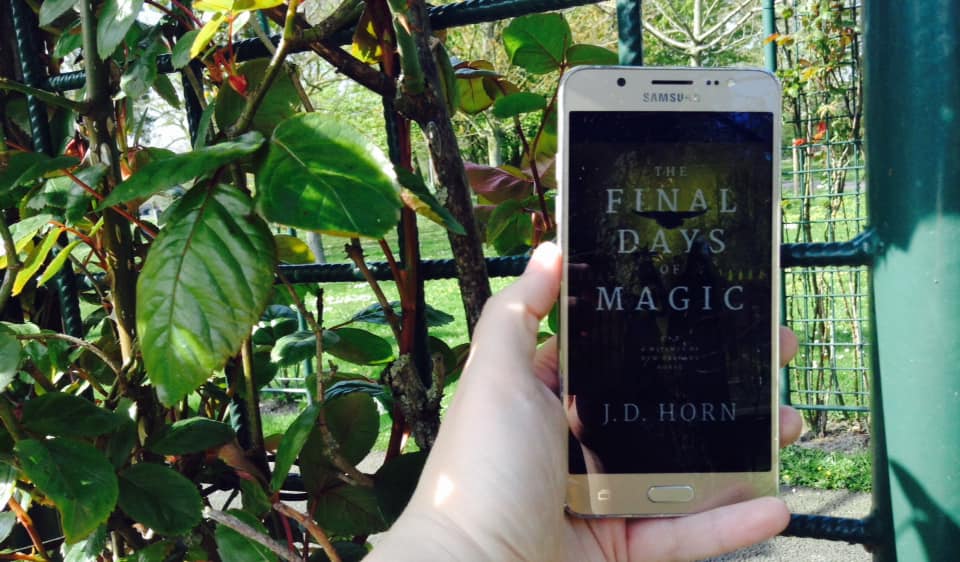 Thank you to netgalley and 47North for the review copy in exchange for an honest review. This does not change my opinions in anyway.

Once caged in an illusory realm by blood relatives, Alice Marin has been freed into a world where the last remnants of magic are quickly passing away. Dissolving with them is the unity among witches…and their sanity. Grappling with the revelations of her true parentage—and her burgeoning relationship with Nathalie Boudreau, a psychic with her own demons—Alice and her allies, both living and dead, must draw on every skill they possess. It’s the only way to defeat the destructive forces borne of the horrifying history of Alice’s own family. That means unlocking the final secrets of The Book of Unwinding.
.
Now, on the longest night of the year, the streets of New Orleans will become a battleground as Alice and the few she can trust engage in a war amid the final days of magic. But the revelations that lie ahead may be too dark to escape.

The Final Days of Magic is already the third and final book of the Witches of New Orleans that was published over the span of a year and a half. That is quite a quick publishing job.

The problem I have with this series still stands in the third book. I’m just not that invested in the characters. In most cases I want to skip their inner monologues though I try not to. There is just so often so very little of interest to find there. It is just not good when a readers favorite character is the one that was absent for most of the book and not technically alive. Daniel is in a way just the heart of the story and that shows when even though he isn’t there anymore, he is so often referred to fondly. It is a shame none of the other characters quite live up to that.

I will say that I was happy to see Alice and her ‘brother’ Hugo bonding in this book. It was nice to see how they were so different but still found ways to hang out together. I also truly enjoyed seeing that Alice and Nathalie found each other. I just wish that part had been expanded on more. Then again, the romance was never the focus of this book.

As for the story, I think this book is for the most part a worthy wrap up with how the trilogy was moving forward. It was slow, setting up a lot of things for the final 25%. There were a lot of interesting things but a lot of little strings were left to open. One does not have to tie everything up but a bit more would have been nice. I also got kind of tired of the endless someone dies but gets resurrected, returns as a spirit thing this whole trilogy seems to have. It just kind of gets old. It made the whole impact at the end not as strong for me personally.

Overall this was a 3 star trilogy for me. The writing in itself is fine, the story could be a lot tighter in places. However if you do take to the characters then I can totally see people falling in love with it.