There were no 5 star reads for me this month. This doesn’t mean that it wasn’t a good reading month. In the end I did read 11 books in total. But nothing was quite as stand out to be 5 stars. Still, there were some favorites. 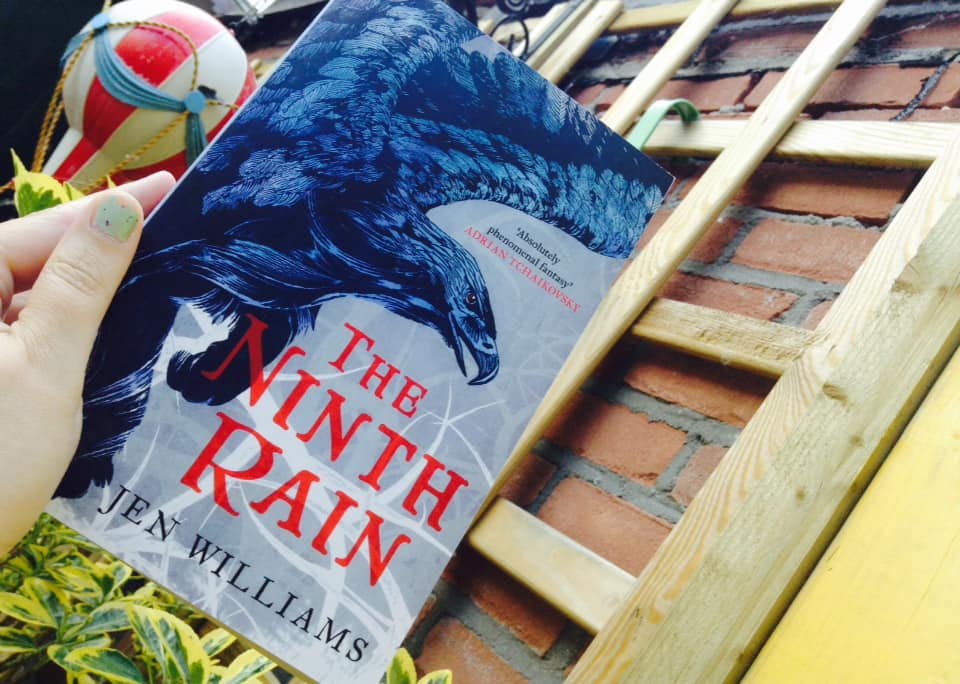 The great city of Ebora once glittered with gold. Now its streets are stalked by wolves. Tormalin the Oathless has no taste for sitting around waiting to die while the realm of his storied ancestors falls to pieces – talk about a guilt trip. Better to be amongst the living, where there are taverns full of women and wine.
.
When eccentric explorer, Lady Vincenza ‘Vintage’ de Grazon, offers him employment, he sees an easy way out. Even when they are joined by a fugitive witch with a tendency to set things on fire, the prospect of facing down monsters and retrieving ancient artefacts is preferable to the abomination he left behind.
.
But not everyone is willing to let the Eboran empire collapse, and the adventurers are quickly drawn into a tangled conspiracy of magic and war. For the Jure’lia are coming, and the Ninth Rain must fall…

Hello Jen Williams, we meet again. As you can see from above, there are two books by this author that I liked in May. I finally finished her first series, The Copper Cat trilogy. And I finally started her new series, The Winnowing Flame, with The Ninth Rain.

The Ninth Rain is such a different kind of book from The Copper Cat trilogy and that took some getting used to. The world building is far more intricate which Jen Williams does so amazingly. It took me a while to really fall for this book and that is why it is 4,5 stars and not 5 stars.

Do you have a favorite read of May?