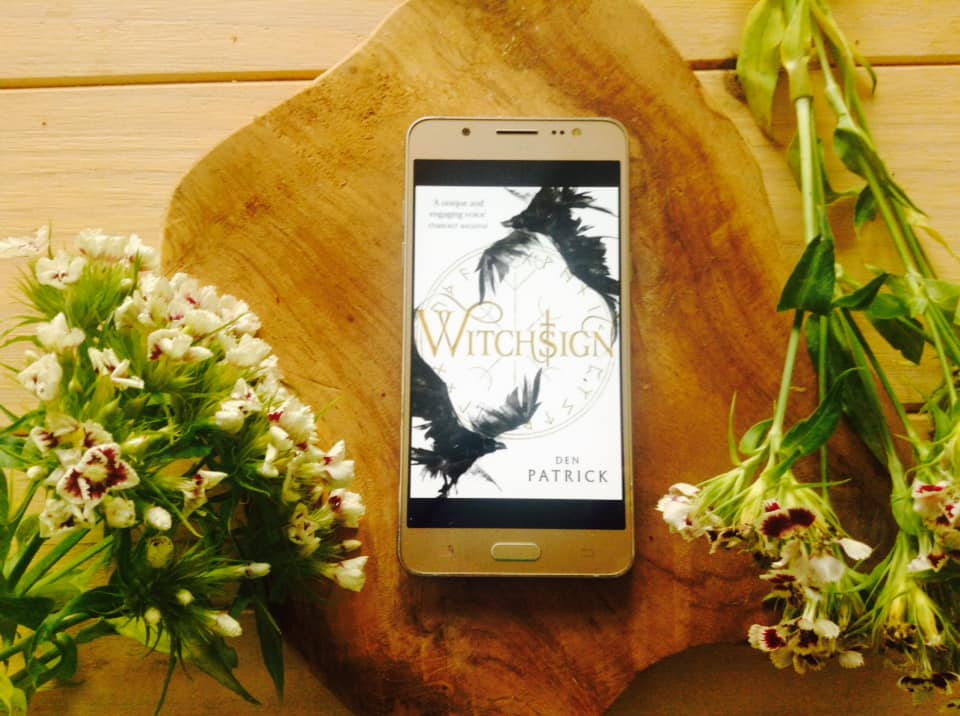 Thank you to Netgalley and Harper Collins Uk for the review copy in exchange for an honest review. This in no way changes my opinion on the book.

It has been seventy-five years since the dragons’ rule of fire and magic was ended. Out of the ashes, the Solmindre Empire was born.
.
Since then, the tyrannical Synod has worked hard to banish all manifestations of the arcane from existence. However, children are still born bearing the taint of the arcane, known to all as witchsign. Vigilants are sent out across the continent of Vinterkveld to find and capture all those bearing the mark.
.
No one knows when the Vigilants of the Synod will appear and enforce the Empire’s laws.
But today they’re coming.
And gods help those who bear the sign of the witch.

With a title as Witchsign and a series title of Ashen Torment I was incredibly hopeful that this was going to be great series right up my alley. Unfortunately this was not the case. Not even the addition of dragons could save this for me.

Withsign is told in dual perspective between the two siblings Steiner and Kjelrunn. The story is set in a Scandinavian type world. Amidst cold, sea and woods. Here children get tested each year to see if they have the witchsign. If they do they get taken away by the empire, never to be seen again. They are presumed to be dead. When Steiner gets taken, mistakenly seen as a withsign carrier instead of his sister, he discovers that death is not what awaits these children.

It sounded really good and the start was mostly solid. But after that it really dwindled. I was bored. I had to try really hard not to skim read. Nothing truly grabbed my attention. Not the characters, not the world, not the plot. There was absolutely nothing vibrant about the writing.

There were some odd inconsistencies and not everything was explained. For instance, children get tested every year up until a certain age for the witchsign. Why is that? Can’t they see it the first time? Does it develop over time? How does that work? Or how one of the characters was seen as incredibly powerful but she’d barely done anything. How does that work? And then without training she can just whoop everyone’s but. If there had been more showing of her powers that might have been believable but nope. And why oh why do parental figures feel the need to still hide EVERYTHING even if it is already discovered there is a witchsign. What is the point of hiding everything from your children then? And there are more things like this.

Adding on to that is that I just couldn’t care about the characters. They were very characterized a certain way. Steiner was the hero, never scared. Kimi was either angry or the voice of reason.  Kjelrunn was the bitter child. And so on it went. They never really got away from the role that was set for them. I also read a review by a Finnish reviewer who said that Vartiainen was a very common Finnish surname and that there was a lot of mixing of random names between the scandanavian languages that wasn’t much appreciated either.

So all in all for me this wasn’t a great start to a series. I certainly will not be reading on with this one.