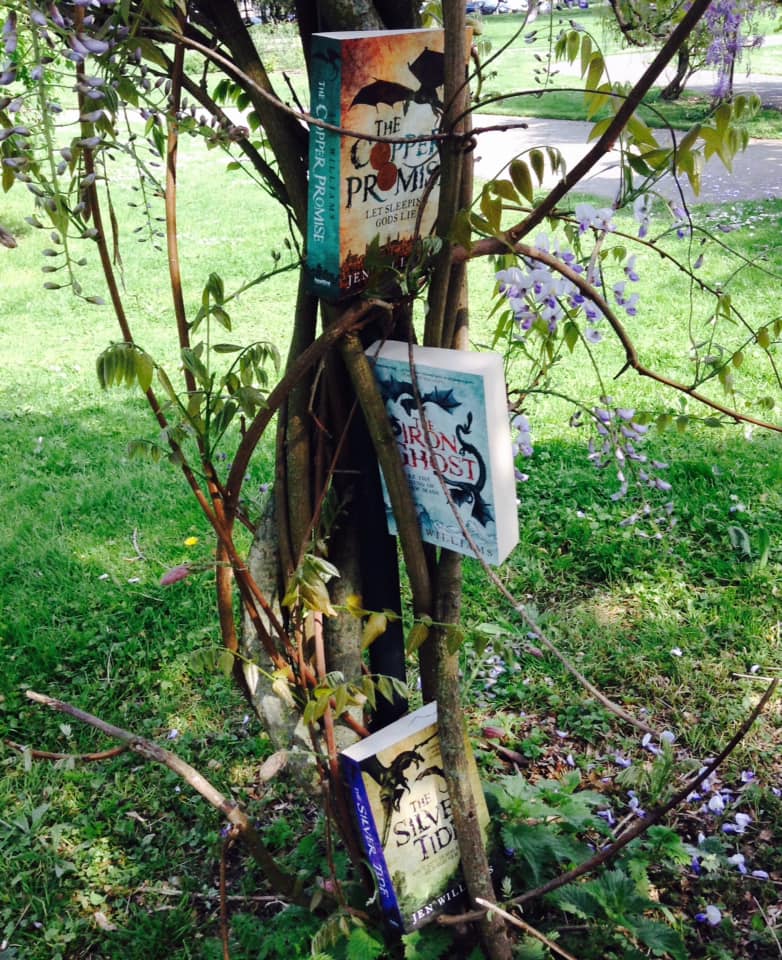 There are some far-fetched rumours about the caverns beneath the Citadel…
Some say the mages left their most dangerous secrets hidden there; others, that great riches are hidden there; even that gods have been imprisoned in its darkest depths.
.
For Lord Frith, the caverns hold the key to his vengeance. Against all the odds, he has survived torture and lived to see his home and his family taken from him … and now someone is going to pay. For Wydrin of Crosshaven and her faithful companion, Sir Sebastian Caverson, a quest to the Citadel looks like just another job. There’s the promise of gold and adventure. Who knows, they might even have a decent tale or two once they’re done.
.
But sometimes there is truth in rumour.
.
Soon this reckless trio will be the last line of defence against a hungry, restless terror that wants to tear the world apart. And they’re not even getting paid.

Some series and authors just don’t get the attention they deserver. The Copper Cat trilogy and its author Jen Williams are on of those for me. I just don’t see many people talking about them.

A few years ago I got the first two books in Dutch from my library. I liked the books. It wasn’t until I was well into the second book that I realized how much these characters started to mean to me. And I was sad that the third book was not translated into Dutch as well. Fast forward to May 2019 and I reread the first two books in English, with the nice addition of now being able to read the third book as well. 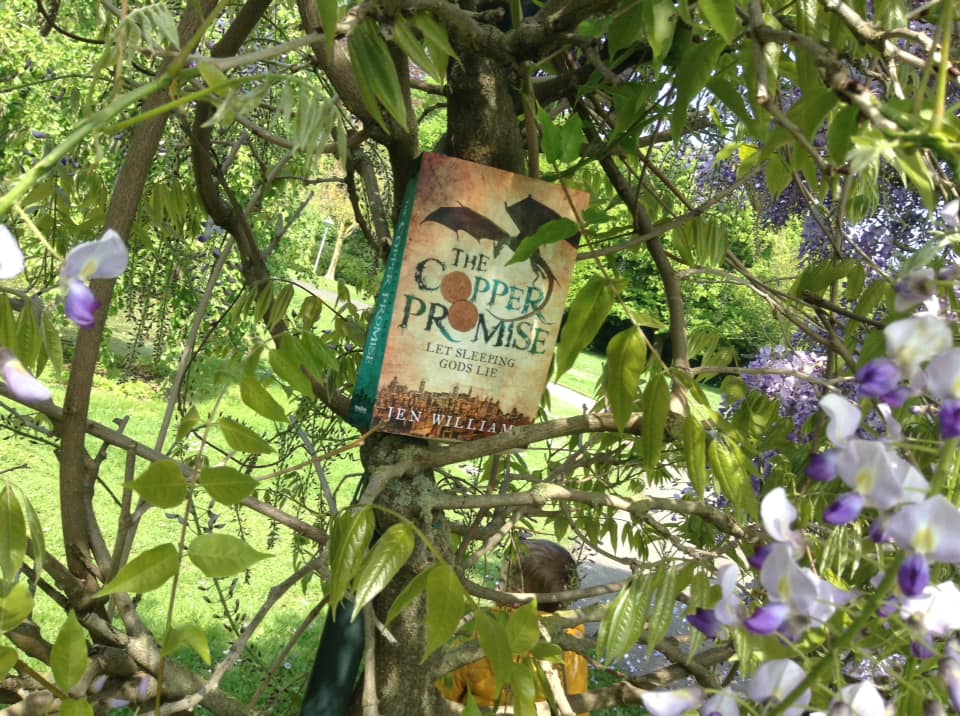 The trilogy starts us off with The Copper Promise and introduces us to our three main characters. There is Wydrin, the Copper Cat. A thief who is a bit rash. Her companion Sebastian, a soldier who was kicked out of his order for being gay. And their contractor, Lord Frith, a man who was tortured for his families secrets and is trying to find any way back to his estate.

It is an amazing mix of characters to be honest. Wydrin and Sebastian have a bond going that might not seem too clear at the start but as time goes on there is so much depth between them, even if neither of them are the biggest talkers about their feelings. Actually all three of them kind of suck at that. Frith mixes things up as he is so bend on revenge. But spending time with the other two don’t leave him untouched and I love that.

Wydrin took some getting used to as she is brash and rash. But there are a lot of things that go under the surface. She might be a thief but she does have her heart in the right place, especially if Sebastian is there to remind her of it. She is adventurous and would sacrifice herself for the other two and a lot of other people too if the need arises. She brings sarcasm and a lightheartedness to the table as well and in a way she is the heart of the books.

Frith I took a liking to right away. I can’t help liking my mysterious pained guys okay. He goes through so much in his life despite being a lord. And a lot of it shaped him. He is so goal orientated at times that he kind of needs someone to kick his ass. Enter Wydrin.

And Sebastian sometimes feels as if he is the dad with the other two around. He seems like the most stable of guys but once everything starts going his world is rocked. It is interesting to see how he deals with that and how the others respond to it. 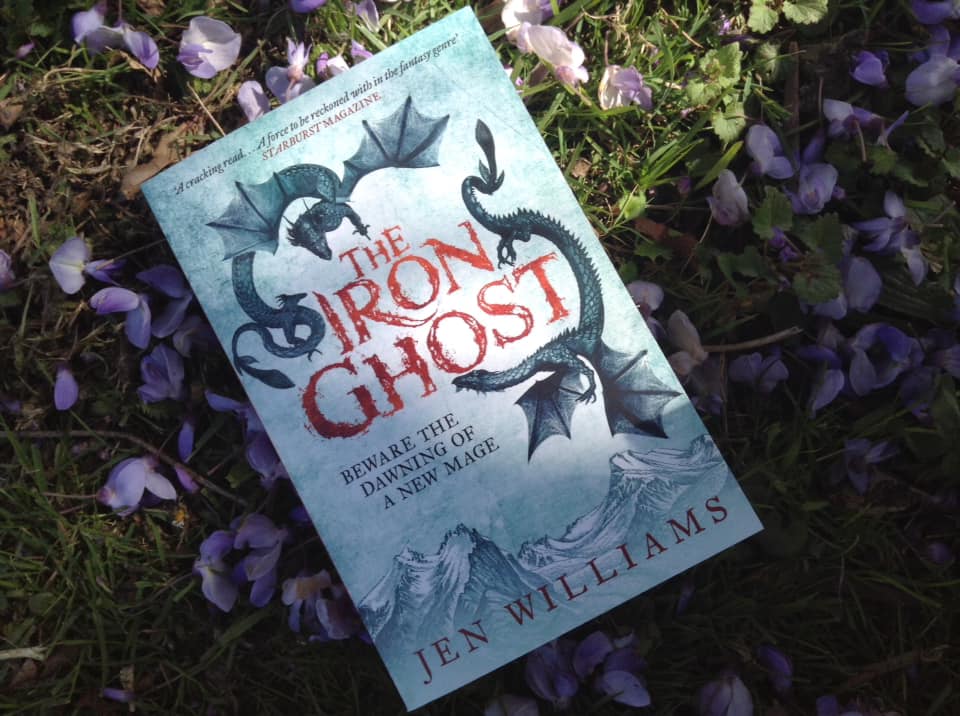 As far as the plot goes I found Jen Williams way very interesting. All three of the books seem to have a straight forward plot. And then everything goes right to hell and you just go along for the ride. But amidst that chaos she manages to focus on the characters, making it a very character driven book. Their decisions are the driving force in these books. Especially in The Copper Promise that was clear. The characters went their own way instead of the whole save the world thing. Their decisions did end up driving them back towards that but we diverged away from it for a bit because that made sense for the characters. I think that is one of the strongest points of these books for me. 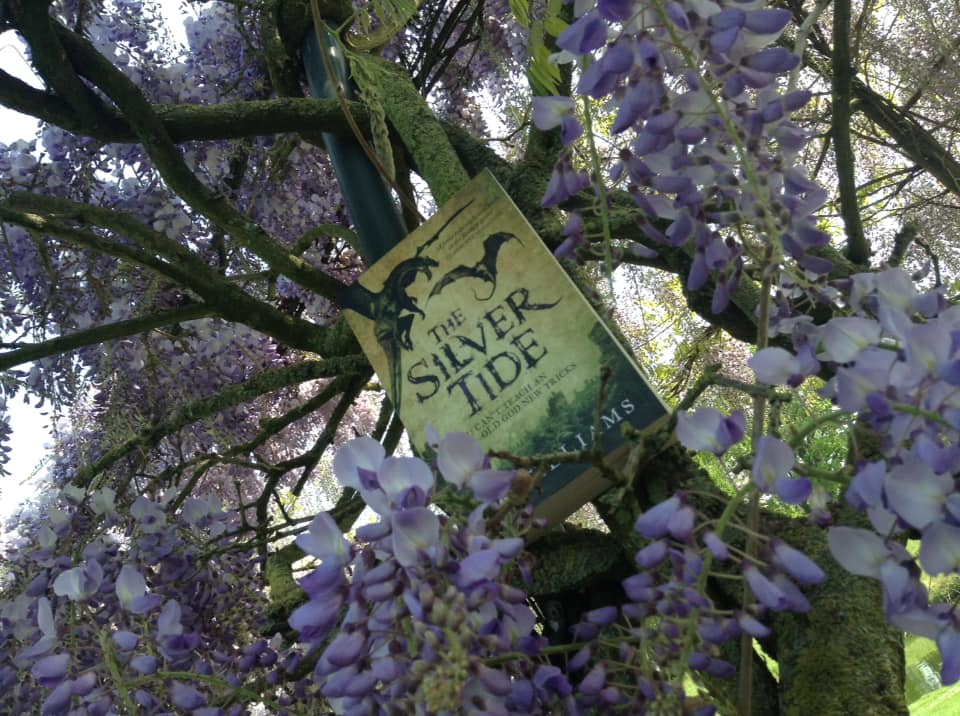 As the covers might suggest there are dragons in these books. Different dragons in each books. Wyverns too. They aren’t the main point, but they are always there. I liked that. But there were also different races up in the mountains. Spirits, Gods, mages, warriors and so on. There is a lot to discover in this world and each book gives you something more of the world. There are pieces that fall into the puzzle in book 3 from book 1, even if the overarching plot of these three books is not as cohesive as you think.

All in all I would for sure recommend these books. They are fun, adventurous and character driven. A lot of things you want in a fantasy series!