When it comes down to it, I have to admit that I am perhaps not the most loyal reader of Dutch authors. I get sidetracked to often by the pretty new things coming out in the international community. Even more so I rarely read outside of my comfort genre of fantasy. So when I get excited about a new book coming out by a Dutch author that is more so horror, it must be good. I hope. 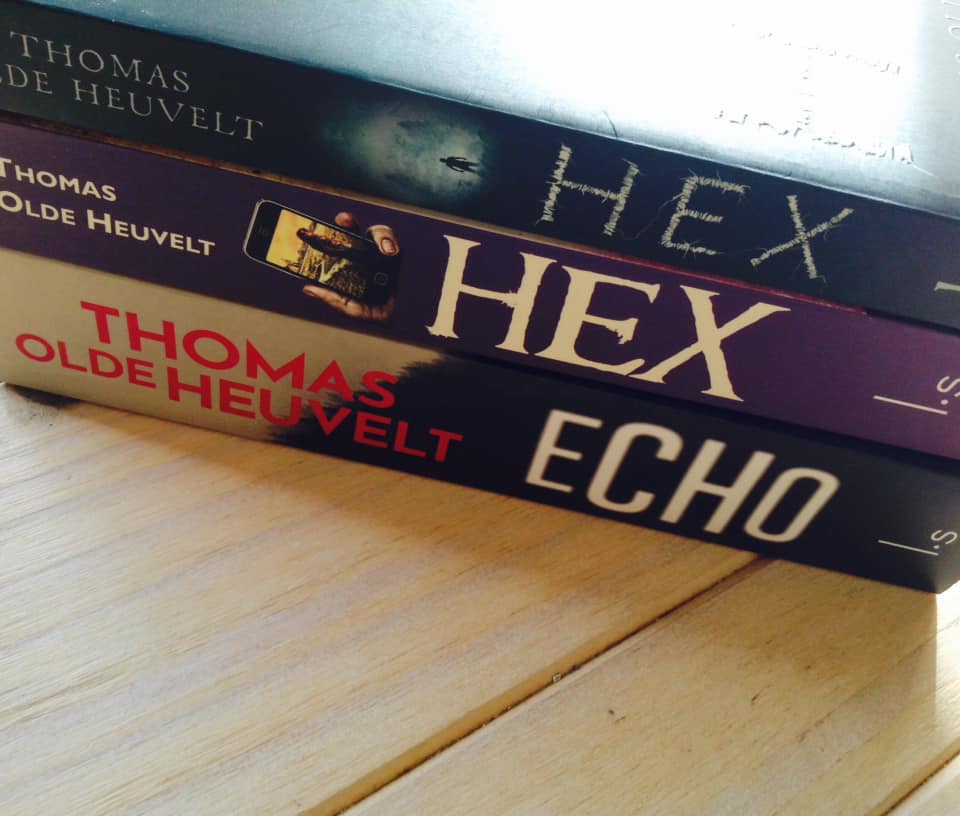 Back when I started this blog in 2015 one of those first bit of reviews was Hex by Thomas Olde Heuvelt. It was an interesting, horrifying book with an ending that could gut you. It was a shocker. You can read that review here. It is still one of my most viewed reviews.

Because just after I published that review it was released that this book was rewritten for the American public with a new ending. You can guess that there were a lot of people that wanted to know the original ending. First the people that read an arc and later, after the actual publication, everyone else who read it. To this day I haven’t shared. Maybe one day I’ll read the American version and wil compare it to the original. Just for you guys.

But moving on, on May 7th Thomas Olde Heuvelt’s new book came out called Echo. For as now this book is only out in Dutch. It started itching again, reading a book by him. Since reading Hex I read The Day the World Turned Upside Down and some other short stories by him but nothing of his older work. But this new work caught my eye again. Despite it being horror again. 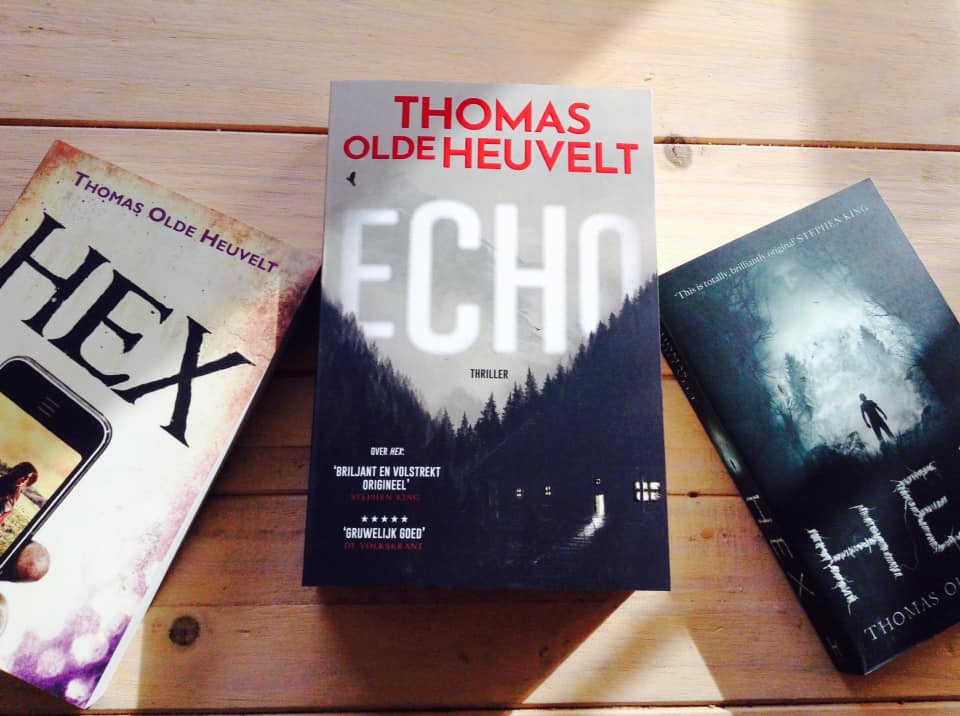 Dutch Synopsis
Nick Grevers en zijn klimmaatje Augustin worden aangetrokken door de Maudit, een afgelegen berg in de Zwitserse Alpen. Documentatie over de berg is schaars, het is er ongewoon stil, en als ze de vallei betreden bekruipt ze het onheilspellende gevoel dat ze niet alleen zijn.
Niet veel later is Augustin dood en ontwaakt Nick uit een coma. Hij is verminkt en heeft zijn gezicht in het verband. Een moeizame revalidatie wacht, maar algauw beseft Nick dat het niet alleen het trauma van het ongeluk is dat hem achtervolgt. Er is iets in hem gewekt…
.
Translation
Nick Grevers and his climbing buddy Augustin are drawn to the Maudit, a remote mountain in the Schwiss Alps. There is little documentation about the mountain, it is very queit, and when they enter the valley a feelings comes over them that they aren’t alone.
Not much later Augustin is dead and Nick awakes from his coma. He is maimed and his face is completely covered in bandages. An exhausting revalidation awaits, but Nick soon realizes that it isn’t just the trauma of the accident that is haunting him. Something has been awakened in him…

When I saw that he was coming to a city near me on May 11th to a bookstore to sign his new book, I knew I wanted to go. But you know me, rarely wanting to go alone. Luckily my friend also really liked Hex and was more than happy to accompany me and get her book signed as well. 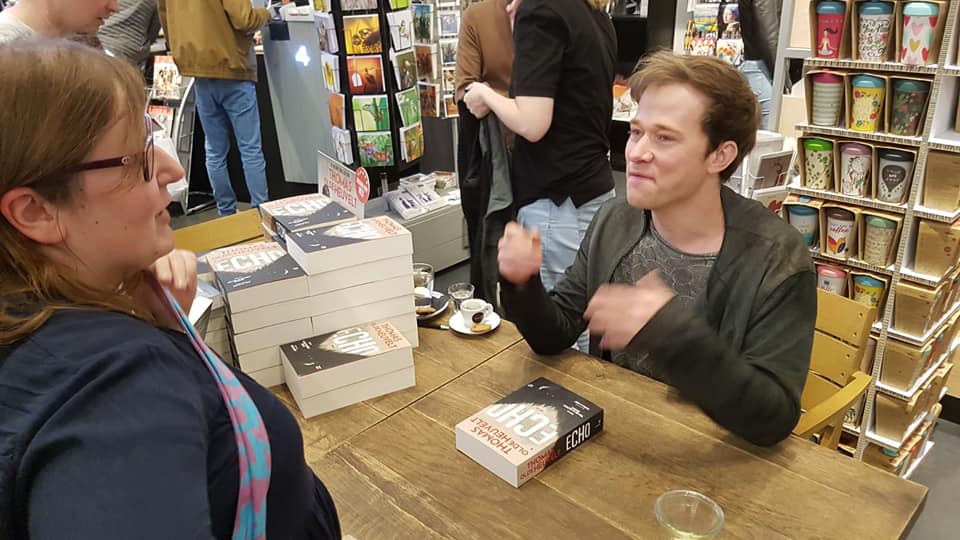 While we were a nervous bunch, or at least I was, Thomas was very relaxed and had a chat with both of us about Hex, and the words just kind of flew out. Sharing that I had a blog and all. That I read the original Hex. Basically everything I typed up there. He was very nice and interested, and I think he was like that with everyone. Which is great because its always a little awkward.

So now we will have to see how I will like it. I know my friend is already halfway so I think that is a good sign. 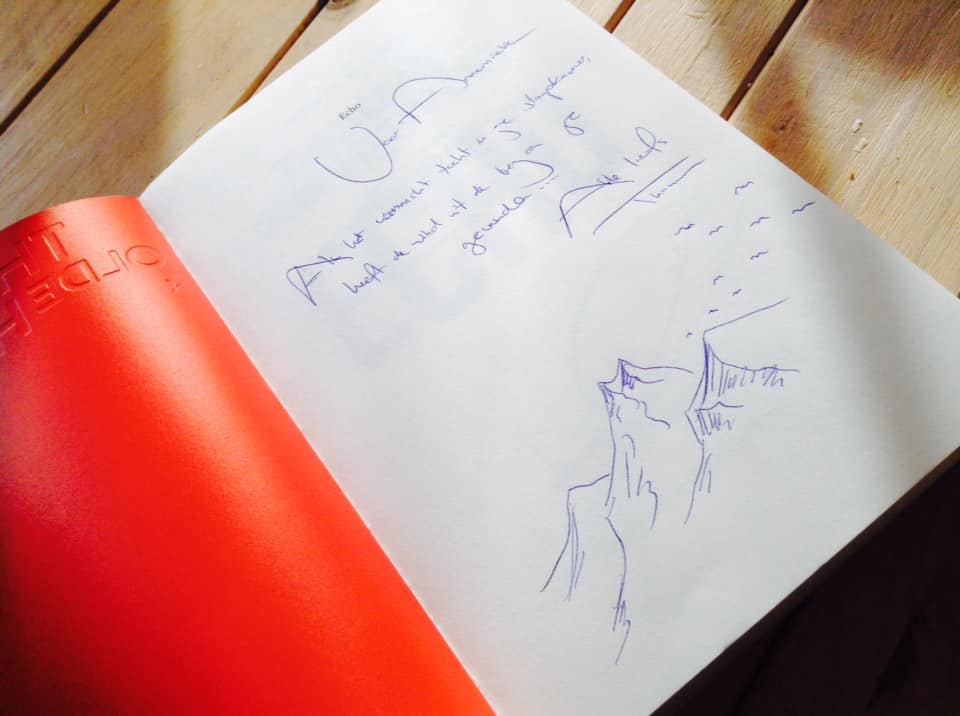 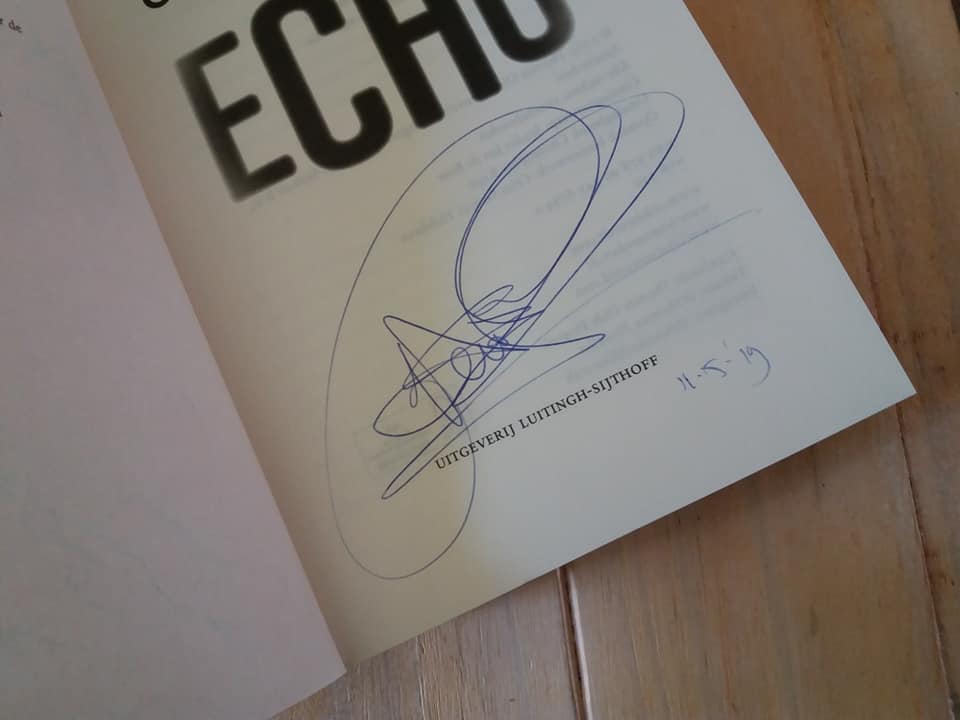 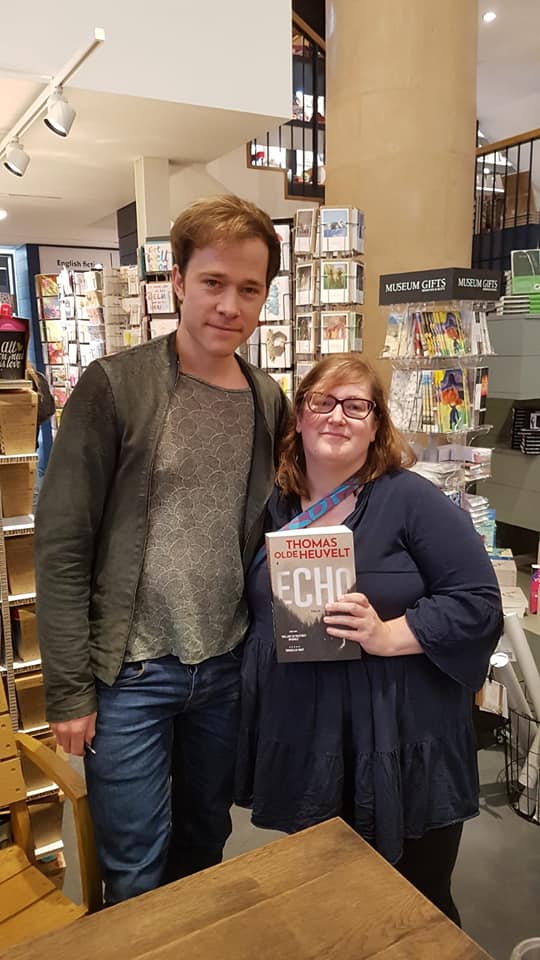 Of course there had to be a photo together for the memories.

Thanks so much to my friend for all the photos. ❤

9 thoughts on “Getting My Book Signed by Thomas Olde Heuvelt”