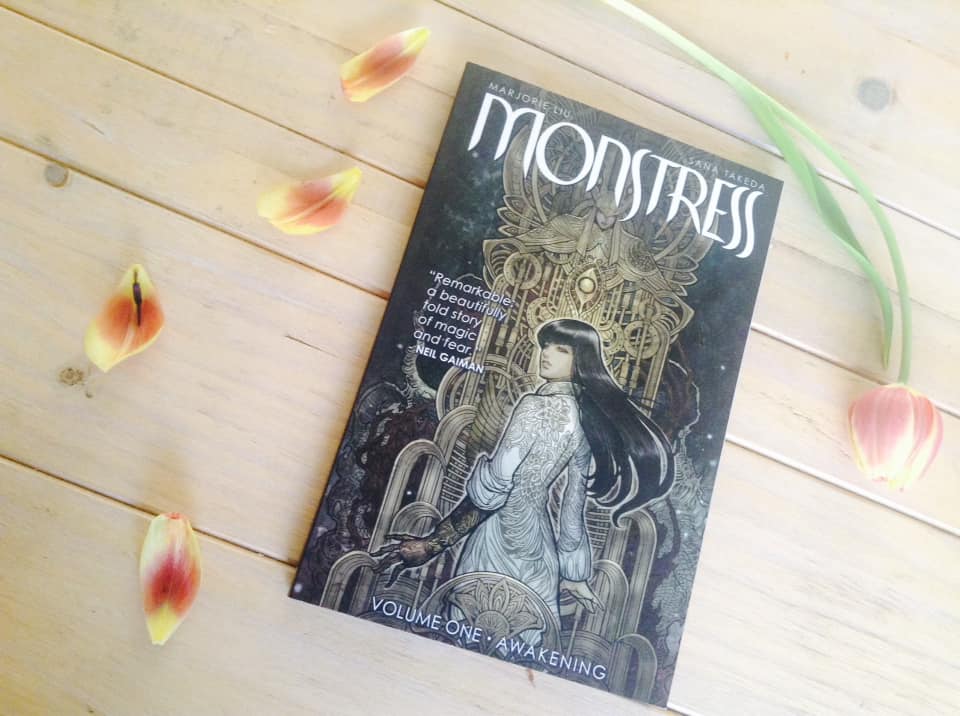 Set in an alternate matriarchal 1900’s Asia, in a richly imagined world of art deco-inflected steam punk, MONSTRESS tells the story of a teenage girl who is struggling to survive the trauma of war, and who shares a mysterious psychic link with a monster of tremendous power, a connection that will transform them both and make them the target of both human and otherworldly powers.

One graphic novel I’ve had my eye on for a while was Monstress. The dark look of the cover and the great looking art was what drew me right to it. So when I finally got it for Mothers Day I read it almost right away.

Monstress is set in an alternate Asia where everyone is still dealing with the after effects and the trauma of a war long past. As is our main character, Maika. Not only that, but there is something monstress residing in her.

The story in itself is interesting. Maika lets herself be taken by the ‘enemy’ to find the one person who betrayed her mom. But that certainly isn’t all to this plot. As she runs a lot more start to unravel about who she is and what is going on in the world. My interest is piqued. Ghosts, witches, ancient ones, talking cats. All these things that I love in this twisted steampunk world. However I feel that we get so much thrown at us in the sense of enemies that I found it hard to keep all the characters straight.  It is confusing in places and I’ll probably reread it before jumping into the next volumes whenever I have them.

And at this point I am just not as invested in Maika as the author would want me to be.  I like her but that is just where it ends. I find some of our side characters more interesting at the moment like our talking cat. Even so, the characters are well developed.

I am not in love but I can see the potential here. Now that the world and the story is set up I can only imagine that we will dig deeper in these characters. In what is really going on with Maika. So I am very curious to see how the other volumes will be.