This week I am diverging from the top ten tuesday (as always hosted at That Artsy Reader Girl)  topic again. The topic of characters that remind me of myself I recently already did in a tag so taking another crack at it so soon didn’t seem all that fun.

Since it is of course Wyrd and Wonder month there was no way that this topic was not going to be fantasy related. However I fell into a bit of a hole as to what to do. Luckily the wyrd and wonder twitter and its followers were there to save the day. Thanks for all the great suggestions!

Cloud Surfing
Book: Sorcerer to the Crown by Zen Cho
Ever since I first read about cloud surfing I have been in love. I have such a need for this to be real.

Magic Carpet
Source: Aladin
Having a carpet that does what you want and that will fly you through the air sounds great to me.

Broom Riding
Book: Various
Broom riding or flying is just one of those typical witch transportations that are made epic or fun in various series. Some are apparently quite quick. I just don’t think you can bring quite as much as I’d like…

Troll Chairs
Book: Discworld
Since I first heard of Troll Chairs I’m just so curious to see how that experience would go. I mean, how motion sick would I be?

Knight Bus
Book: Harry Potter
There is a lot to be said about the Knight Bus but it certainly is easy for a stranded wizard.

Portals or Gateways
Book: Various
It must be so easy to have various portals or gateways around the city to use to go to different regions or even different countries.

Dragons
Book: Various
You knew this was going to be on this. Travelling by dragon is just epic, assured to give you an entrance like no others. Except such a large creature might not be so handy to park… 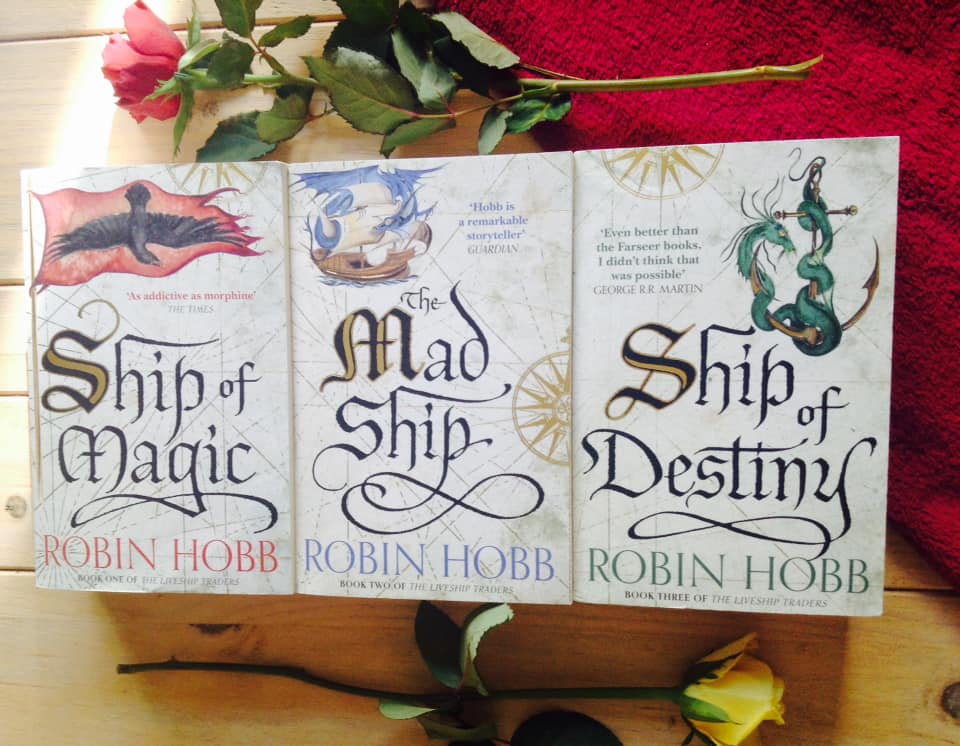 Liveships
Book: Liveship Traders trilogy
Not much quicker than normal ships they do give off a much more homely feeling

Binky
Book: Discworld
Binky you ask? Why yes, this is the White horse of the character Death in the Discworld world. Yes the grim reaper. Not only that but it is also referred to twice as one of the four horses of the apocalypse. Yup, and its called Binky

Teleportation
Book: Various
Lastly I suppose having a teleportation spell in your hand might be easy… You know, if you know what you are doing or otherwise you might not quite end up where you want to go.