April was another weird month to be honest. The car was acting up. My body was being weird (but what is new on that account). The weather was going up and down. But reading wise it all went super! 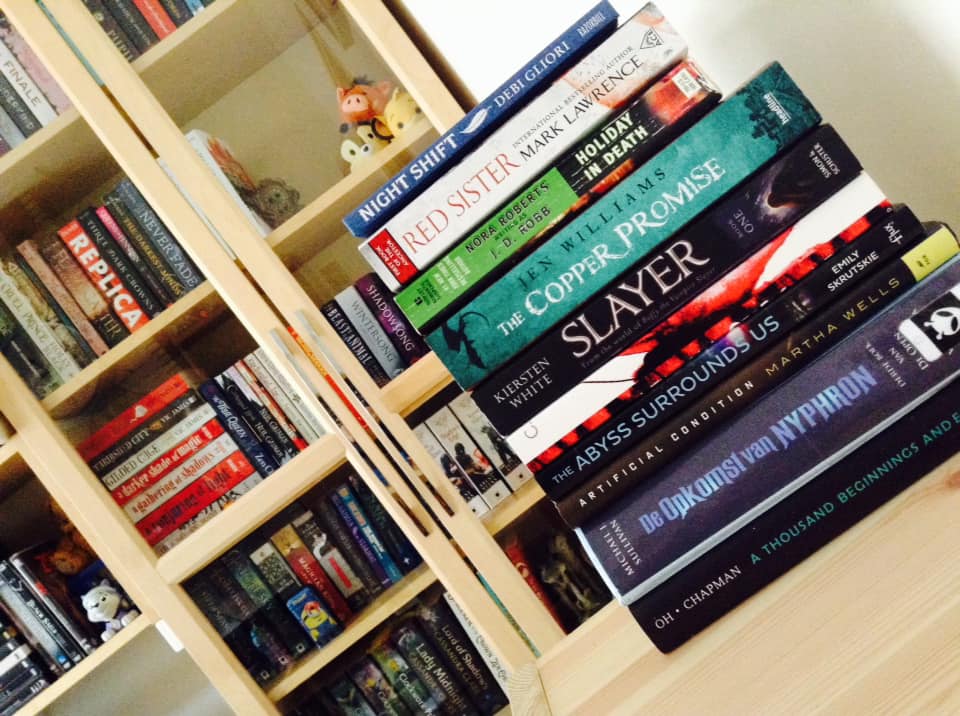 I managed to finish all OWLS needed for my career AND I read the 4 extra owls. I am best pleased!

Read more about my own reading challenge here.

I’ll show and update with the bingo card every 3 months here.

⌘ So instead of health problems at the start of the month I now had car problems. My car had its yearly check up at the end of February. In March I had to return to fix a shake while driving. And in April I seemed to have problems with my cooling system. It was not fun.  I gave me a lot of stress and sadness. I tried very hard not to let it rule me. It got fixed and as we were driving back from my parents at Easter, another light went on. Grr.

⌘ The change of the clock at the end of March messed a bit with Merijn’s sense of bed time and he keeps coming out of bed for 30 minutes. I hope he’ll get used to it again because it being light when he goes to bed is just going to get worse.

⌘ We got some fun bits for our garden to cheer it up.

⌘ We took Merijn to a fairytale theme park more geared towards his age with a very large playground as well. He loved it. He was so tired but he loved it.

⌘ Then a few days later Merijn got the sixth disease/roseola. He broke out in bumps and red splots over night, ended up with a high fever for 24 hours and then his temperature went back to normal. The break out took a few days longer to go away, een more so with some of the warmer days we had. He was better in time for Easter

⌘ For Easter we went to my parents. Which was fine. We had some great weather. Merijn stayed the week with my parents and we went back on King’s Day.

⌘ For some reason I got a bad case of hayfever? And then I woke up the last weekend of April and I had a swollen, stiff and sometimes painful knee. Who even knows what I did…

Top Ten Tuesday
Things That Make Me Pick Up a Book  / Older Books I Don’t Want You to Forget About! / Ten Rainy Day Reads  / Eight Blog Posts I Think Give You the Best Glimpse of Me

Other Posts
Dancing out of March 2019 / Best of the Bunch // March 2019 / Dancing Versus – The Passage / Snapping Those Bookish Pictures / Why Do I Seem to Have So Many Reading Goals but Rarely Any Personal Goals? / Buying Full Series Before Reading the First Book: How Has That Been Working Out for Me? / Is Limited Third Person Point of View Still My Favorite? / Book Haul #42 / In Which Spring Arrived with Sequels / With Which Characters Would I Describe Myself?

⌘ The Lost City of Z / Movie / DNF
I watched a good portion of this but it was a bit boring and I couldn’t really care about any of the characters.

⌘ The Warrior’s Gate / Movie / DNF
I couldn’t do it. This screamed white savior all over it. Also why in hells name would a chinese man give a white teenage boy that works for him a family heirloom?

⌘ Goosebumps / Movie
I was excited to see they were showing this here and I liked the humor at the start. Then it kind of dwindled and I think Jack Black was trying a bit too hard to be honest.

⌘ Game of Thrones / Season 6 / Ep 1-8
Well I finally started this season now everyone is watching the final season, lol.

In April I participated in Anderwereld’s #aprilmeetthebookworm photo challenge so here you can see the picture I took for that. 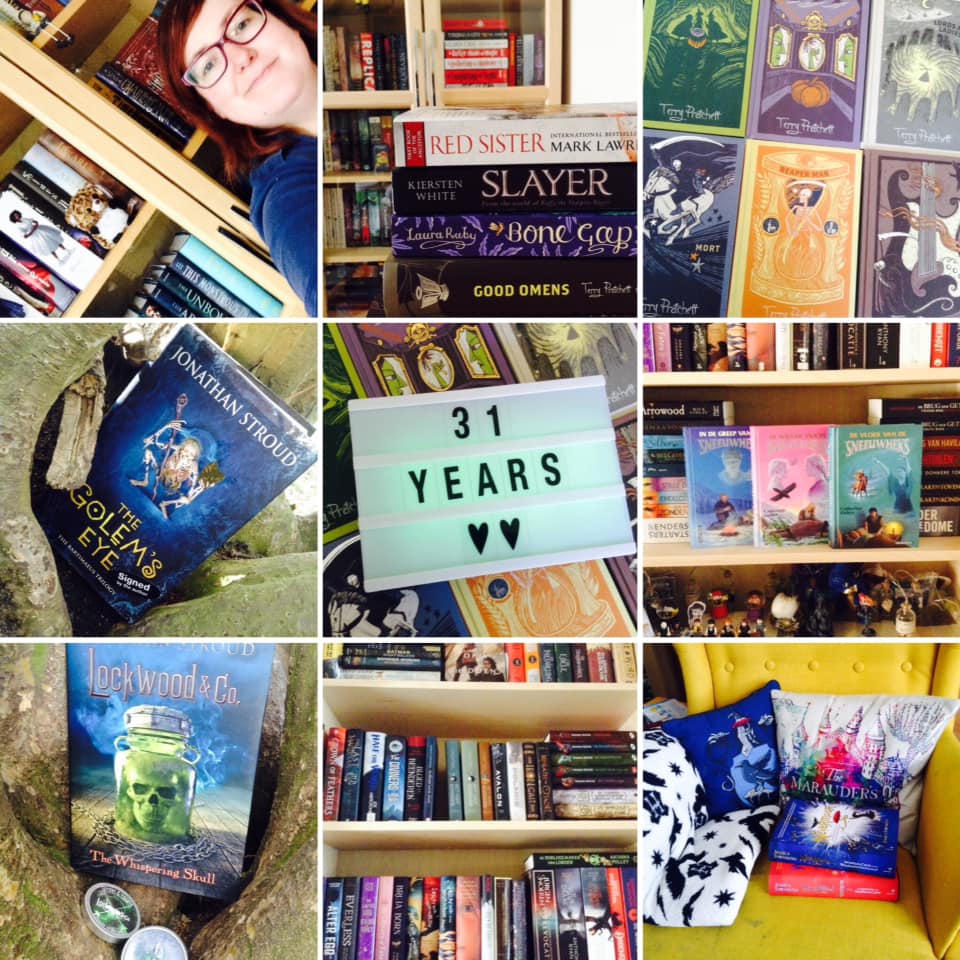 You and your shelf / What are you currently reading / Golden Oldie
Favorite Reread / How long have you been reading? / First Fantasy Book
Favorite Writer / TBR / Reading Spot 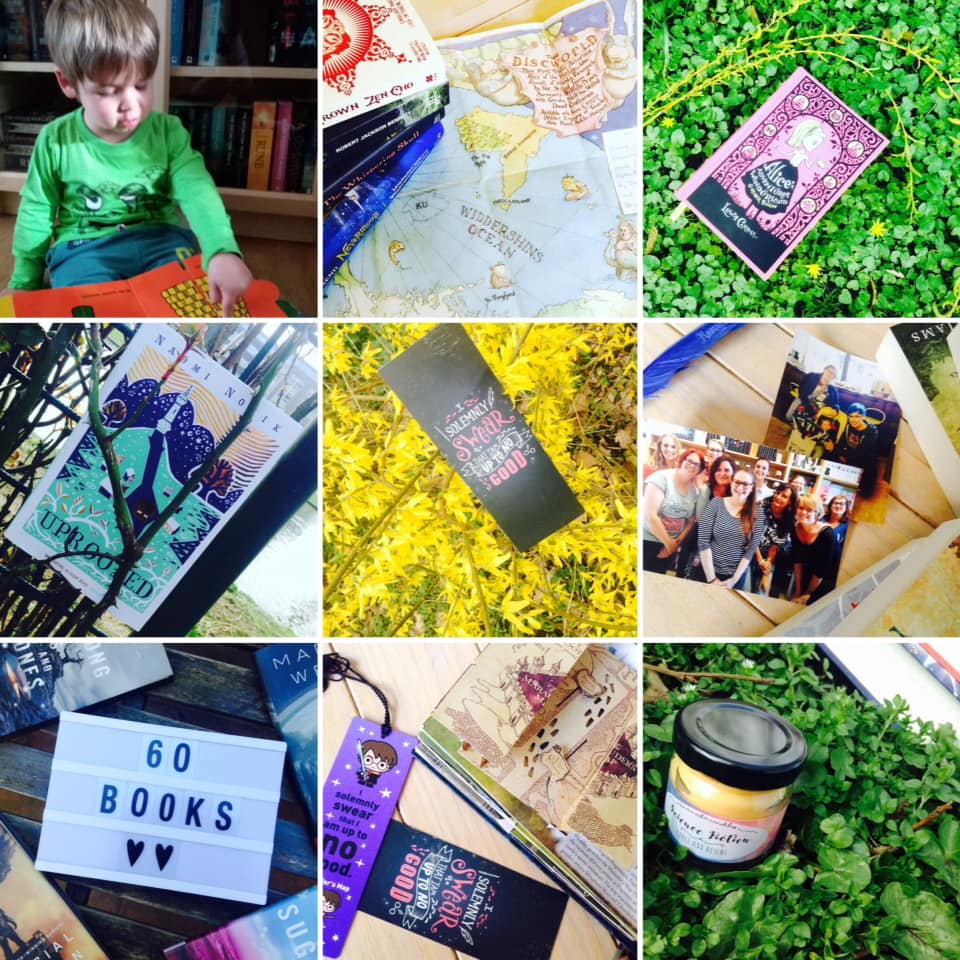 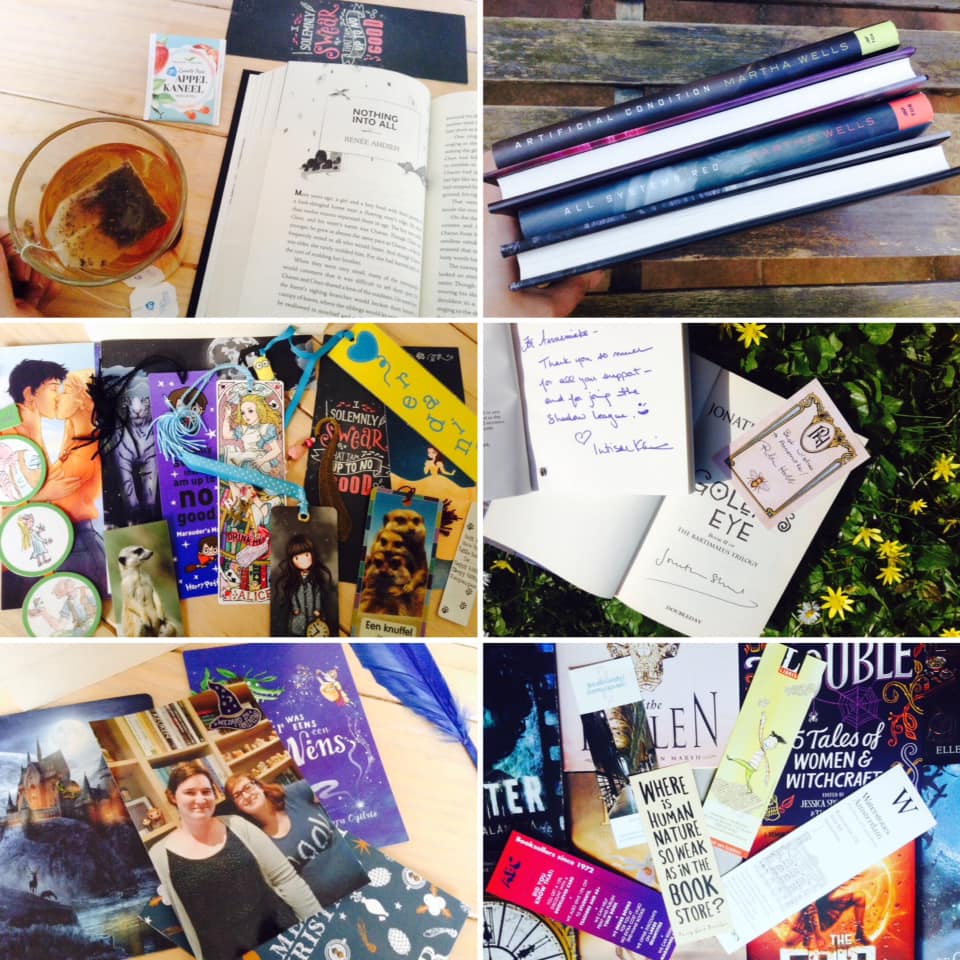 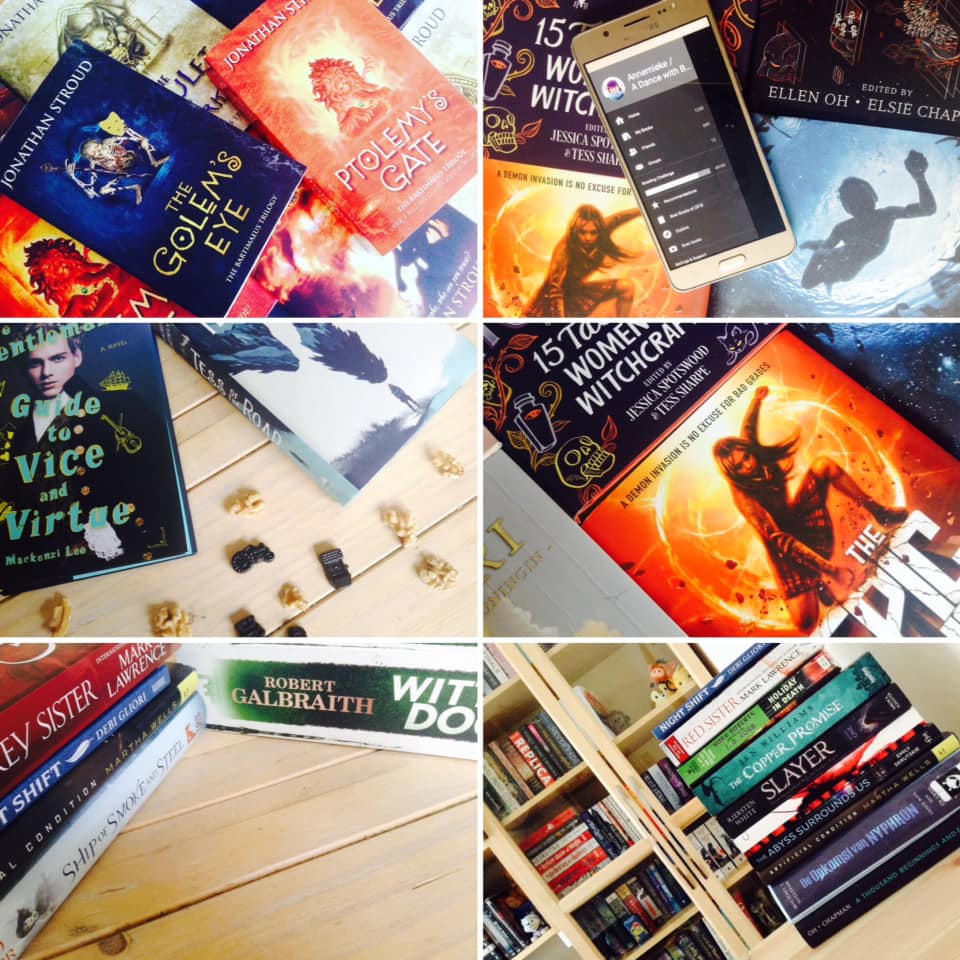 ⌘ Cait from Paper Fury talks about what it is like to write an own voices book. She also shares a collab post with other autistic bloggers/authors about what they would like to see more in books regarding autism. And here was a book shelf tour!
⌘ Fadwa from Word Wonders recommends books based on the twelve zodiac signs.
⌘ Vicky from Vicky Who Reads created a tutorial about DIY sprayed edges.
⌘ Krysta from Pages Unbound asks where the ya books for younger teens are.
⌘ Lindsey from Lindsey Reads shared ten inspirational quotes for introverts.

⌘ I wrote a guest blog in Dutch for Anderwereld about why second-hand books are fun too.
⌘ Emmy from Zon en Maan did another compliments for book bloggers survey and has posted the results with the compliments. 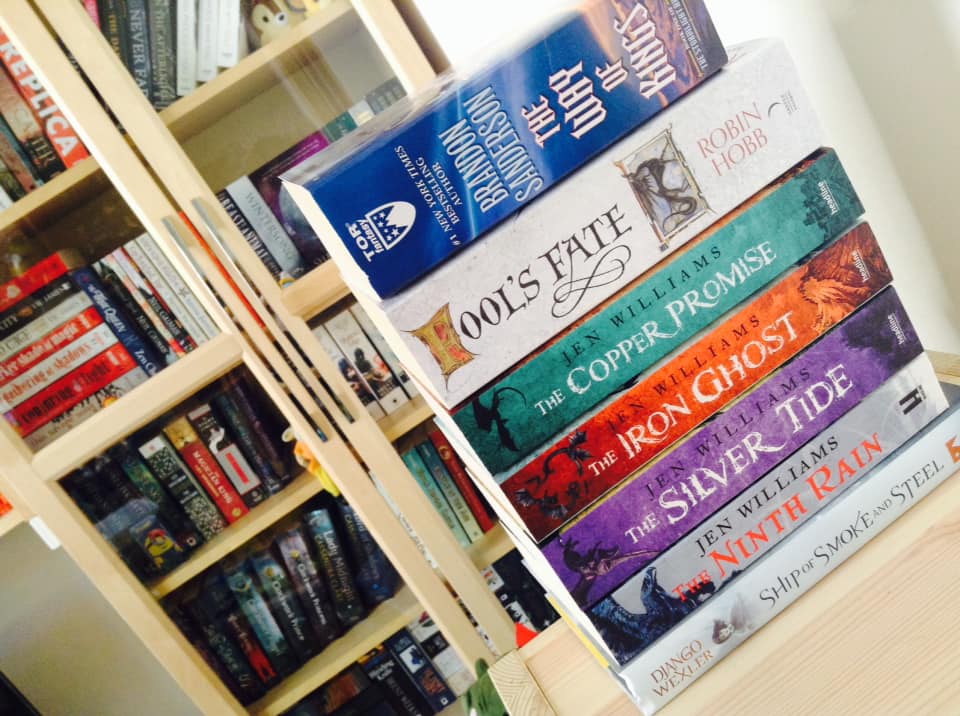 ⌘ It is WYRD AND WONDER TIME! I’ve already started on May 1st with some posts for this fantasy themed month and of course so shall be my reading.

⌘ Other than that I don’t really know. I guess I’ll be working on the blog some. And I kind of really need to get on those pictures. But that might be more of a Summer evening task. You know, those nights that you can’t sleep on time anyway because its so hot?