You’d think with my love for Discworld that I happily share overall, I would scramble to read all the books right away. But I don’t. Why is that? (AKA I just wanted to talk about Discworld/Pratchett a little).

So for those that have no idea what I am talking about in the title, Discworld is a large fantasy series written by Terry Pratchett, an English author. Discworld is the world that all the books take place on and it is a flat large disc. And hey, it is on the back of a giant turtle. Beat that. I see Discworld as a parady/satire on our own world and it is still relevant to this day. 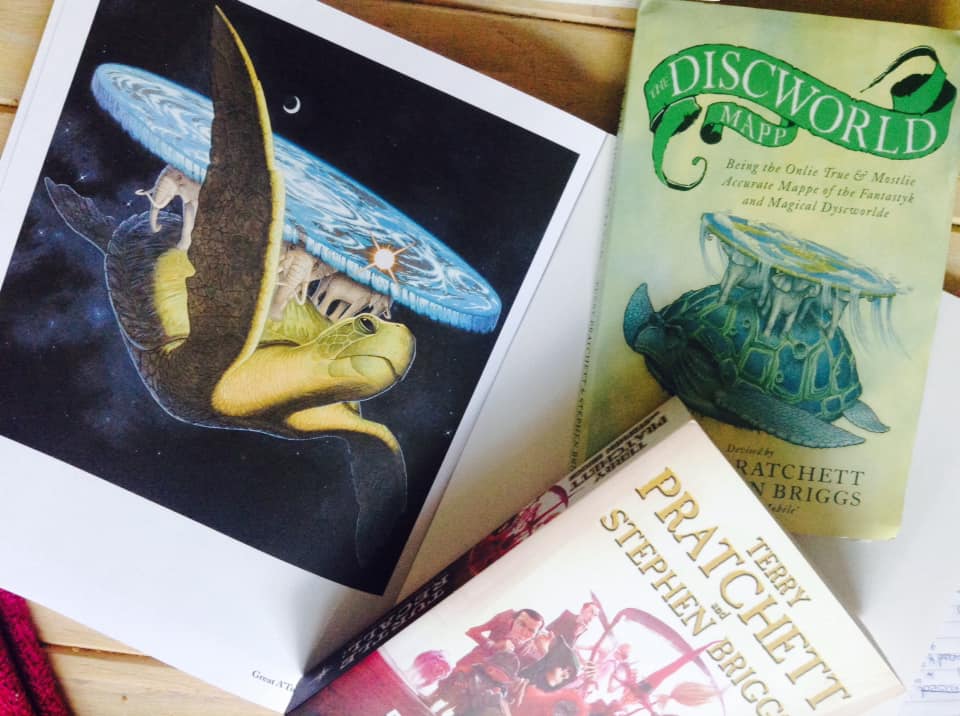 There are a total of 41 books with novella’s and non-fiction titles relating to the series not counted. That is a lot of books. Most of the book can be considered standalones though there are certain character arcs that are advised to read in order for the timeline. The first book was published in 1983. The last in 2015.

I started reading Discworld in 2014 after a livejournal mutual friend, Carol, kept talking about these books. I was curious about what had sold her over so completely. So I bought The Colour of Magic and read it. It was a 3 star read. You’d think that would temper my want to read on but it did the exact opposite.

You see even the author himself didn’t think that his first two books were great places to start seeing as his writing was still developing then. Strengthened by that knowledge I jumped into the Death arc with the book Mort and fell in love

Nothing Entirely New is Coming Our Way

However 2015 came around and on March 12th came the devastating news that Terry Pratchett had passed away. He had been diagnosed with the early on set of Alzheimers in 2007 and it was what finally caught up with him.

While months later his 41th Discworld book was still published, there aren’t going to be more books in this world. Not by the man himself. I think my biggest regret would be that I didn’t discover his books sooner. He seemed like an amazing man

I Want to Continue Discovering Pratchett in the Years to Come

I think my biggest reason for taking things slow with this series is that I just want to have some ‘new’ Pratchett ever year. While there is of course the option of rereading (and I am sure I will do that) I am now still at a point where I just want to enjoy his works. His books, while satire, hold so much truth even about our world now. There is always something in each book that hits me.

I don’t want to devour. I want to savour.

And yes I know, he wrote so much more, and I want to get to that as well. But right now I just want to savour these books.

Another thing is that Pratchett has a very unique style, not using chapters for instance with the exception of the Tiffany Aching books. As humoristic as his books tend to be for me, I do always need a bit of time to settle into them. It requires more of a commitment on my part than I sometimes have with other books. This is also one of the reasons I can’t read Pratchett endlessly in a go. But that is okay. His books need time to settle in your mind anyway.

One of the things I love is that even three years after his death he is still a much remembered and loved  figure/author in the fantasy community. Even so I think Discworld is a collection of works that scares newer readers away with its 41 books. 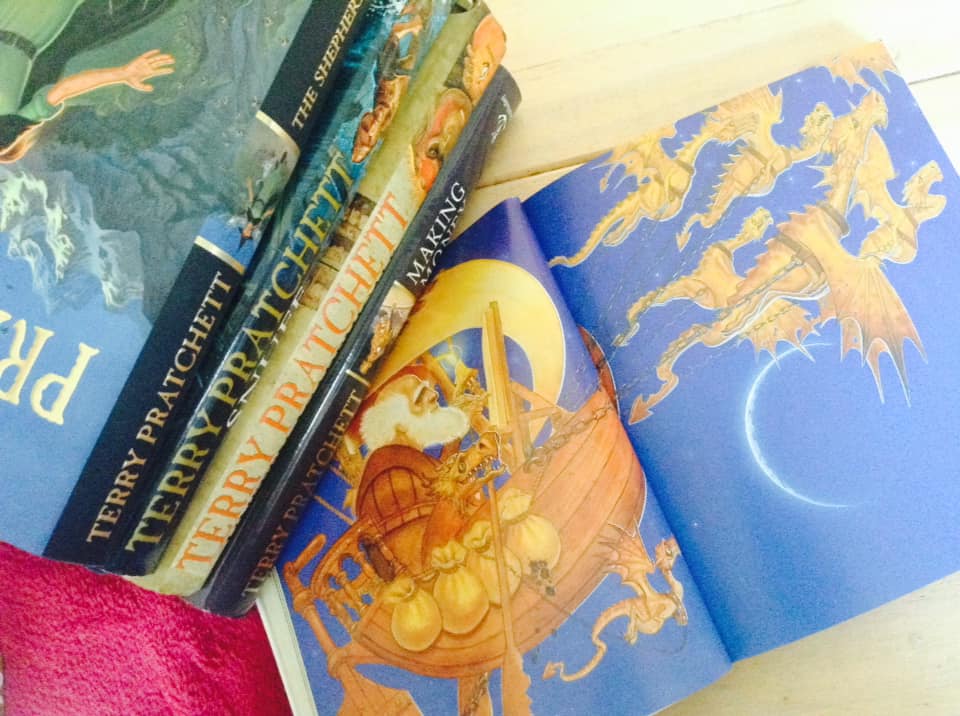 It is up to older readers to still steer newer readers towards these great books and help them figure out where to start their reading. I love telling people about how the arcs work in Discworld and that you don’t need to start with book 1. But it is easier to keep up with talking about a series you are actively reading than when you’ve already finished it.

What I’ve Read So Far

So that is 14 out of 41 books and I clearly still have a long way to go. But as I said, that is okay. We don’t always have to rush through every series.

Is there or were there series you have been or were taking your time with?