Last year I read The Passage by Justin Cronin and while I intended on reading on with the trilogy I never did end up doing that. I had a hard time with the book though I still rated it 3 stars and it just didn’t seem to be appealing at the moment.

Fast forward to the start of the year. The Passage got made into a tv show and started airing on Fox. I was interested but it wasn’t until I realized that the Dutch Fox was showing The Passage in sync with America that I commited myself to watching the show. All ten episodes.

The Passage focuses on Project Noah, a secret medical facility where scientists are experimenting with a dangerous virus that could lead to the cure for all disease, but also carries the potential to wipe out the human race. When a young girl, Amy Bellafonte, is chosen to be a test subject, Federal Agent Brad Wolgast is tasked with bringing her to Project Noah. Ultimately, however, Wolgast becomes her surrogate father, as he tries to protect her at any cost.
.
Brad and Amy’s journey will force them to confront Project Noah’s lead scientist, Major Nichole Sykes, and the hardened ex-CIA operative in charge of operations, Clark Richards, whom Brad trained. It likewise brings them face-to-face with a dangerous new race of beings confined within the walls of Project Noah, including former scientist Tim Fanning and death-row inmate Shauna Babcock. As Project Noah’s scientists home in on a cure that could save humanity, these new beings begin to test their own powers, inching one step closer to an escape that could lead to an unimaginable apocalypse.

My Review of the Book 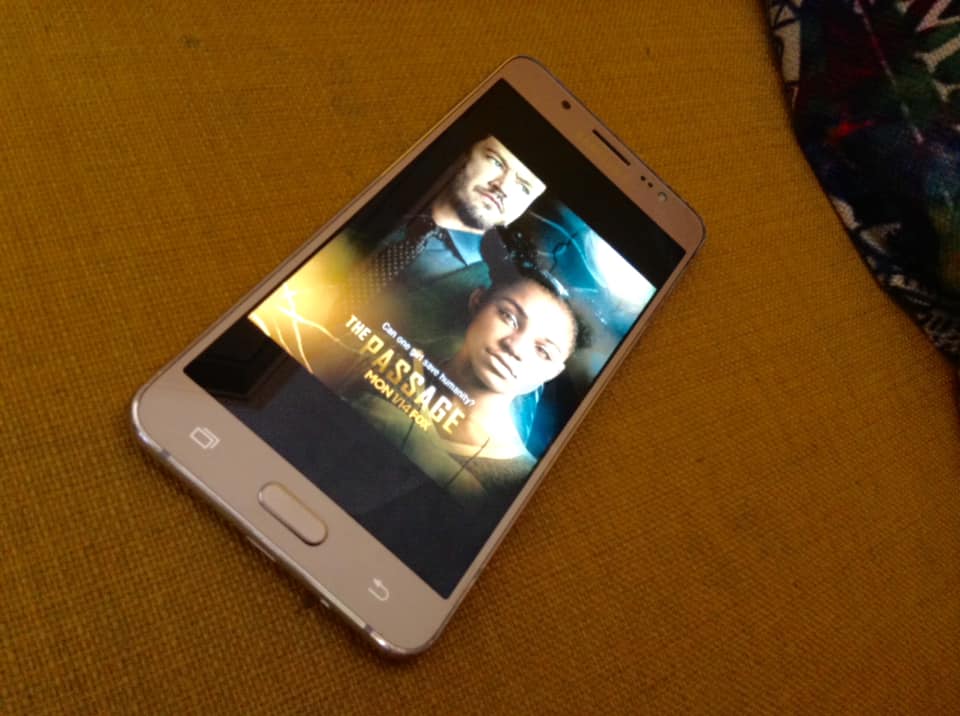 Differences Between Book and TV Show

The Passage is 700+ counting dystopian book and if you were wondering how they managed to put that in 10 episodes, the answer is simple. They didn’t. The book itself is divided into two parts (present and future) and the tv show focuses on the first part. It focuses on how the situation came to be.

Inititally the show seems to focus the book pretty well and in the main lines it remains doing that throughout the tv show. However the show has decided to take certain things differently. For instance the wardens aren’t ex criminals and social paraias. Where one warden character,  who played a significant role in the sidelines, was a pedophile in the book here they changed his character around and left that bit out. I was really pleased with that because it was one of the things that bothered me in the book.

Another clear change is that the character of Babcock is female in the tv show where in the book the character was a man. She plays a more prominent role I think in the tv show and I think that was a good choice. I don’t recall that many females in the first part so that they decided to add more females was good on their part.

What I disliked in the book about the book was that it was incredibly boring and drawn out part. I think the tv show does a better job at keeping your attention. I’ll admit that I found the middle episodes a little drawn out. But the characters are all more shaped and interesting.

Wolgast (and if you think his face looks familiar, its because he was Zach in Saved by the Bell) was filled in more with his background. His dead child. His estranged wife. Babcock and Carter, two who became creatures, were set apart from the others. Their reasons for being in prison were different. Still murder but one was innocent and the other was a rape victim.

One thing I feel like you need to watch the tv show for is Amy. I’ll be honest and say that I didn’t care too much for Amy in the book. She just didn’t stand out to me all that much in the text.

But in the show. Oh boy in the show. This Amy kicks so much ass. The characterization of a 14 year old girl who loses her mother and then gets tossed into the corrupt world of adults that think they can do whatever they want with other people is so incredibly real. Being faced with becoming the creatures she is trying to fight is frightening. Betrayed by adults around her she still is able to love. I felt for this girl every minute of the way. I want only good things for her. But I know what is still to come.

The actress Saniyya Sidney does an amazing job with this role. Watch this just for her!

6 thoughts on “Dancing Versus – The Passage”