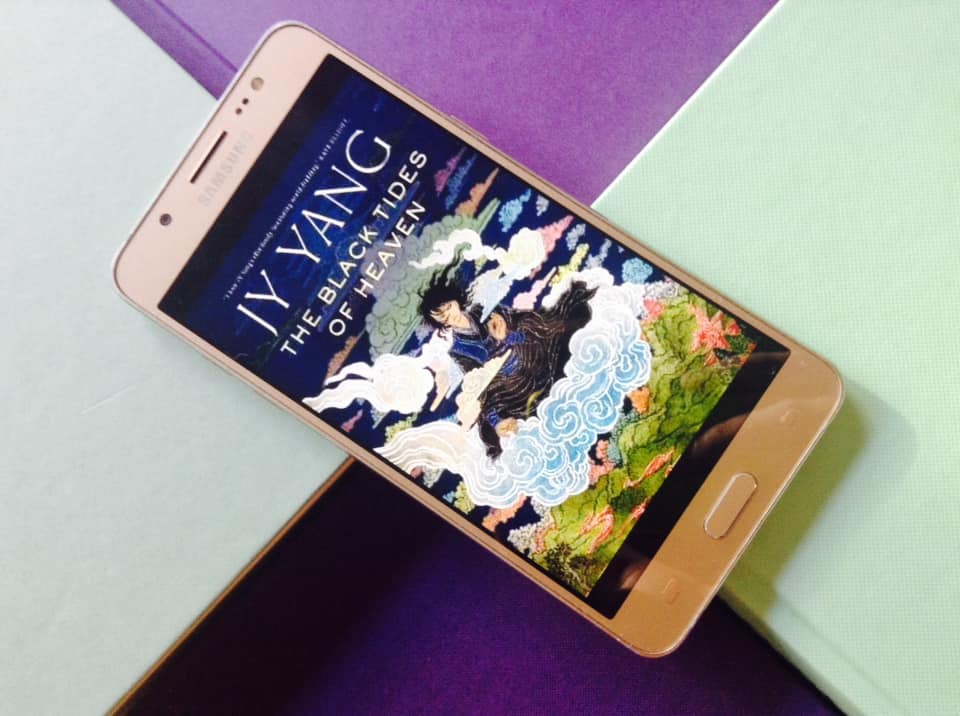 Mokoya and Akeha, the twin children of the Protector, were sold to the Grand Monastery as children. While Mokoya developed her strange prophetic gift, Akeha was always the one who could see the strings that moved adults to action. While his sister received visions of what would be, Akeha realized what could be. What’s more, he saw the sickness at the heart of his mother’s Protectorate.
.
A rebellion is growing. The Machinists discover new levers to move the world every day, while the Tensors fight to put them down and preserve the power of the state. Unwilling to continue to play a pawn in his mother’s twisted schemes, Akeha leaves the Tensorate behind and falls in with the rebels. But every step Akeha takes towards the Machinists is a step away from his sister Mokoya. Can Akeha find peace without shattering the bond he shares with his twin sister?

The Black Tides of Heaven is the first novella in a collection of novella’s called the Tensorate. I’ve been curious about this for quite some while because it sounded like it was going to be very different. And it was. It couldn’t quite pull me in entirely but I have high hopes for its sequel.

This book is telling the story over the course of 30 years and as such it feels quite rushed.  The basics of the story as well as the world building. It made it harder for me to connect with the story.  I honestly had higher expectations of the world building for this. There were some great glances into the Protectorate and the monastery but never enough. The slack, which is a power of sorts, was never properly explained and it left me with many questions.

Having said that however there are also some great elements in this book. One for sure is that children are seen as genderless (using they/them pronouns) when they are born up until the moment they confirm their own gender. If they are born with breasts or a penis doesn’t matter. When they confirm they can undergo a surgery to change that if needed. But also not everyone does that. I thought that was just an amazing element in this story. I also loved that some confirm at 16-17 and others are a 100% sure at the age of 3.

The start of the story focuses on the twins who are born because their mother wants to settle a debt. You can already see that, that relationship is going to be a struggle. It was great to see the relationship between the twins however and how they start trying to find their own identities away from each other. Struggling with each other’s choices.

In the second half of the novella we focus on Akeha, one half of the twin. Akeha shows us how life outside of the monastery and the big city is like and how people feel about the protectorate.

Overall it is an interesting start to a series. One that I kind of wished had been a full novel. Even so I am still very curious about its companion novella The Red Threads of Fortune.

11 thoughts on “The Black Tides of Heaven // Book Review”