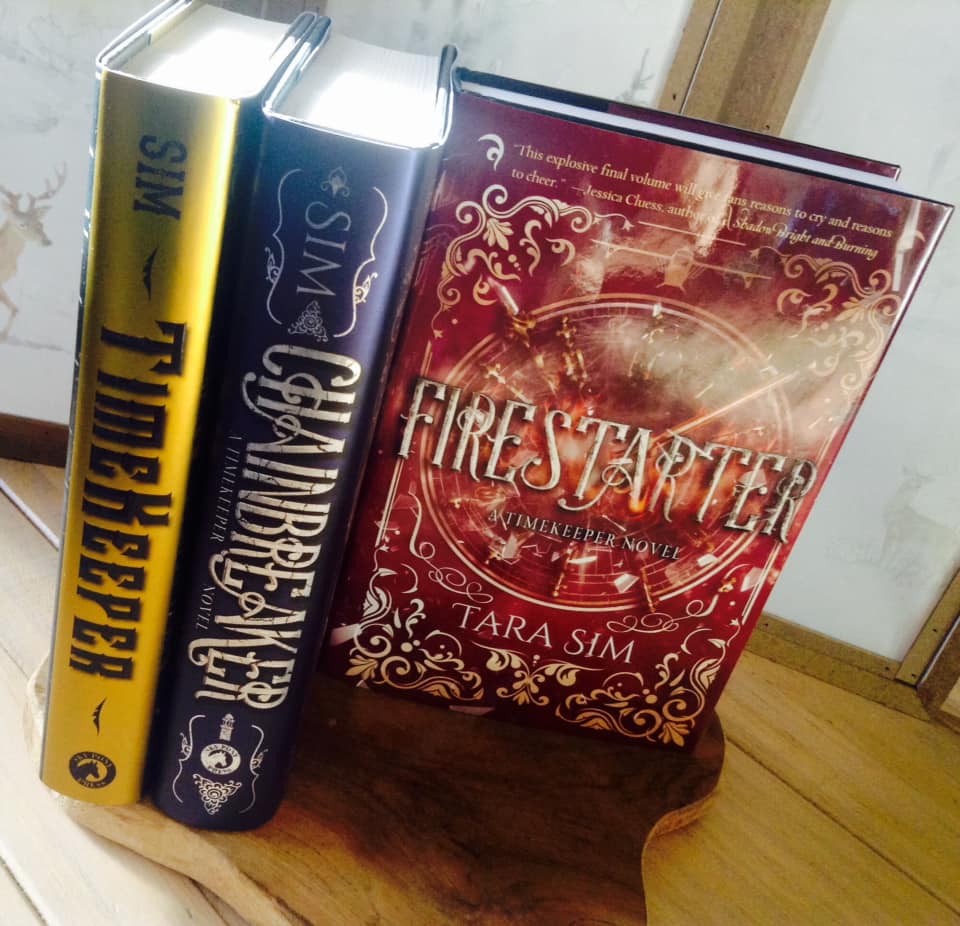 The crew of the Prometheus is intent on taking down the world’s clock towers so that time can run freely. Now captives, Colton, Daphne, and the others have a stark choice: join the Prometheus‘s cause or fight back in any small way they can and face the consequences. But Zavier, leader of the terrorists, has a bigger plan–to bring back the lost god of time.
.
As new threats emerge, loyalties must shift. No matter where the Prometheus goes–Prague, Austria, India–nowhere is safe, and every second ticks closer toward the eleventh hour. Walking the line between villainy and heroism, each will have to choose what’s most important: saving those you love at the expense of the many, or making impossible sacrifices for the sake of a better world.

Firestarter was one of my most anticipated releases of 2019. The day I got it I sat down with it and read it in one sitting. I tore through it. Is it perfect? No. But it certainly wasn’t a disappointment.

Firestarter starts off pretty close to the ending of Chainbreaker where all our heroes have been taken by Zavier aboard his ship. The events from Chainbreaker and Timekeeper were slightly recapped without it being too annoying and that was nice because it has been a year. I can’t say too much about the actual events without giving anything away but I think it is a very worthy final to the trilogy. Over the course of the first two books we were build up to like and love these characters. First Danny and Colton, then Daphne and so on.

However I do have to say that the plot drags a little in places. We get a new villain but I wasn’t really feeling the villain. I would have liked to have just stuck with Zavier and have an epic final with that.  And the side characters on the Prometheus could have done with a bit more personality I am sad to say. There was some great diversity there and I would have liked to have gotten a bit more of them than we did.

Overall though Firestarter made a play on my emotions, so close to crying. Thanks a lot Tara Sim.