This month I read a total of 13 books which is fairly great for such a short month. Looking back I did read a bunch of novella’s however. But even so, that is okay too. They were pretty great novella’s!

Would you look at that? Four of them. Sorcerer to the Crown is a reread and for that reason not the best of the bunch of this selection as you will see down below, but still an amazing read and I am glad I have the sequel ready. 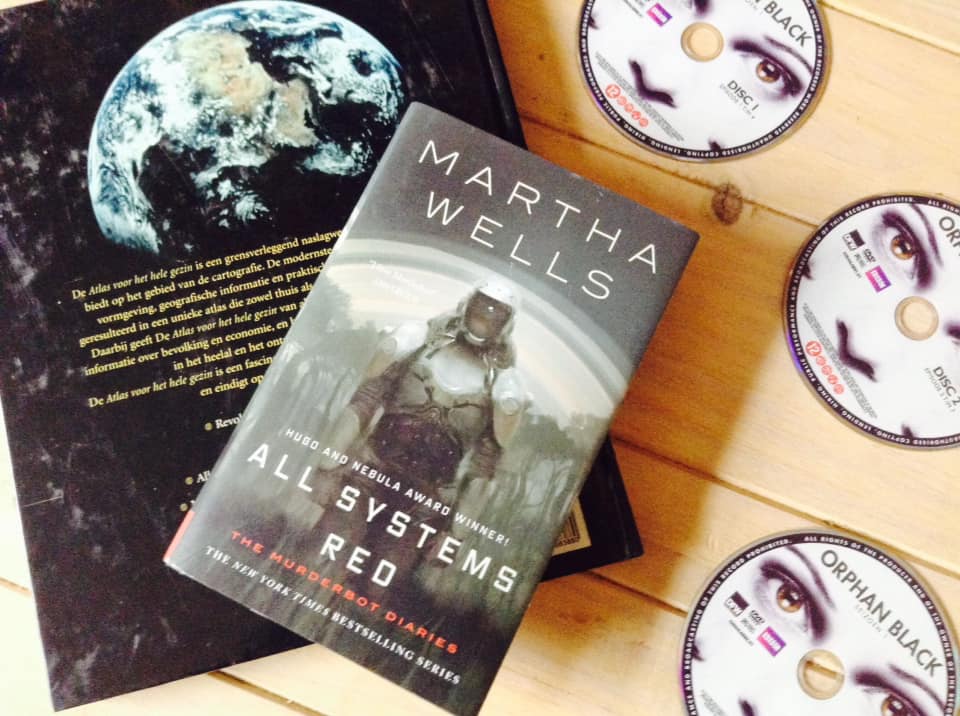 In a corporate-dominated spacefaring future, planetary missions must be approved and supplied by the Company. Exploratory teams are accompanied by Company-supplied security androids, for their own safety.
.
But in a society where contracts are awarded to the lowest bidder, safety isn’t a primary concern.
.
On a distant planet, a team of scientists are conducting surface tests, shadowed by their Company-supplied ‘droid — a self-aware SecUnit that has hacked its own governor module, and refers to itself (though never out loud) as “Murderbot.” Scornful of humans, all it really wants is to be left alone long enough to figure out who it is. But when a neighboring mission goes dark, it’s up to the scientists and their Murderbot to get to the truth.

Murderbot was amazing. I loved her personality so much and it was just the right length for this specific story. My second 5 star read of the year!