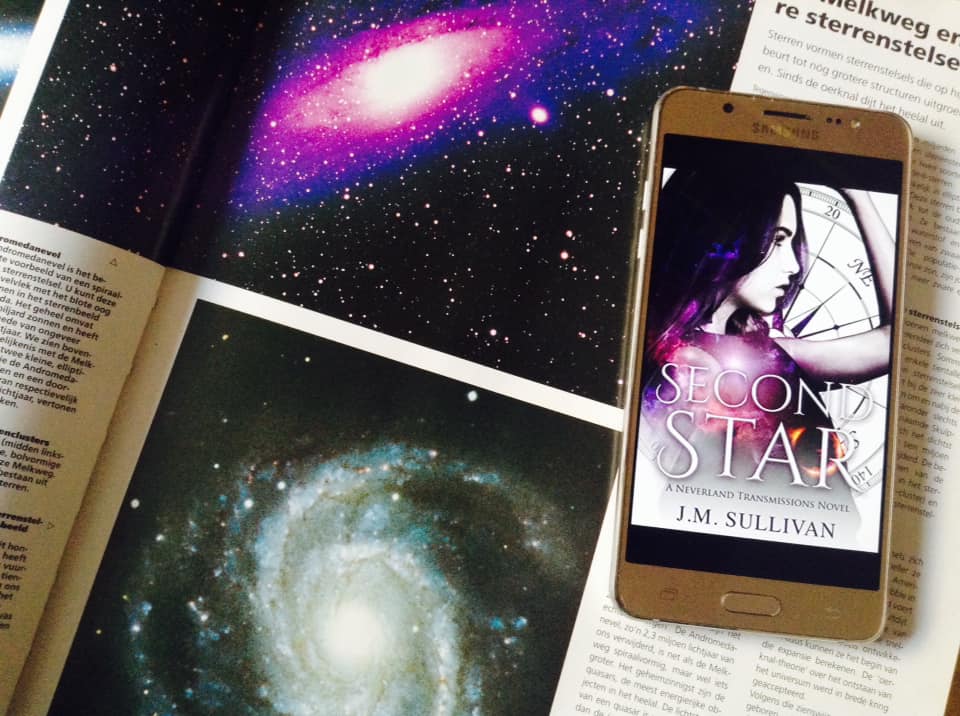 Wendy Darling worked her entire life to rise through the ranks of the prestigious Londonierre Brigade. Now as a Captain, she has everything she’s always wanted, including a ship and crew of her own. But when the Brigade receives a strange transmission from the legendary James Hooke, lost a hundred years earlier in uncharted space and presumed dead, Wendy is willing to risk it all to rescue her hero. She races to the planet known only as Neverland; her mission to find the long-lost crew and bring them home.
.
But there is more to Neverland than meets the eye, and more to Hooke than what was written in history books. When Wendy crash lands on the ominous planet, she quickly discovers Neverland’s dark secret; a malevolent being known as The Shadow that’s looking for a host body to escape its eternal prison. To fulfill her mission, Wendy must decide whether to trust the dashing Hooke or the mysterious Fleet mechanic who goes by the name of Pan–and she has to decide quickly…
.
Before the darkness consumes them all.

While I am not the biggest fan of the classic Peter Pan, the idea of a retelling of Peter Pan set in space was just too appealing to pass on. Unfortunately the book couldn’t quite deliver in the areas that I wanted it to.

This books seems fine at first glance , the writing is solid for instance, but once you start looking a little closer a lot of things fall apart for me. The world building for instance. We get the academy, some time on the space ships and the planet Neverland. But I have very little idea of our society so far as this is set in the future. The only glimpses we get is from Wendy’s parents who made me feel like this was more set in history than in the future. Her mother had a gathering at home when she called for instance and it was all about being prim and proper. I also don’t understand a world where cadets straight out of the academy get a captain role and have a first mission that is a rescue mission, and with a skeleton crew at that. I know this is YA but come one. Can we be realistic?

There were some things I liked. Smee being an artificial intelligence. Tinkerbell being a nanobot. Wendy being the one in charge. Those elements were super interesting and if only the author had expended on those things further instead of grasping onto the basics of Peter Pan. The Disney Peter Pan if I might add. The plot consisted of Peter being stranded with Hook in Neverland, Wendy and her crew being stranded on Neverland. Someone of her crew being captures by the natives.  Wendy being kidnapped by Hook. Peter coming to her rescue. Does that sound familiar? Because that is basically the sequence of events in the Disney Peter Pan if my memory serves me right. And it did not get dressed up right.

One thing that made me question a lot was the decision to make the natives green of skin color but keep al lot of the references to the Indians that the original and Disney Peter Pan had. It was a poor choice I think. She could have moved them way further away from that or could have at least moved away from the basic stereotype by deepening out the natives culture which barely happened. Also the lost boys were just fodder handing around Peter. The twins were only called the twins. Like how can you be with someone for a 100 years and not know their name?

And quite honestly there is more, but these things are what stand out to me the most. As said, at first glance this book seems quite solid so if you are looking for just a quick read you should totally go for this. But if you are looking for a bit more in your Peter Pan retelling, I don’t think this is going to be the book for you.