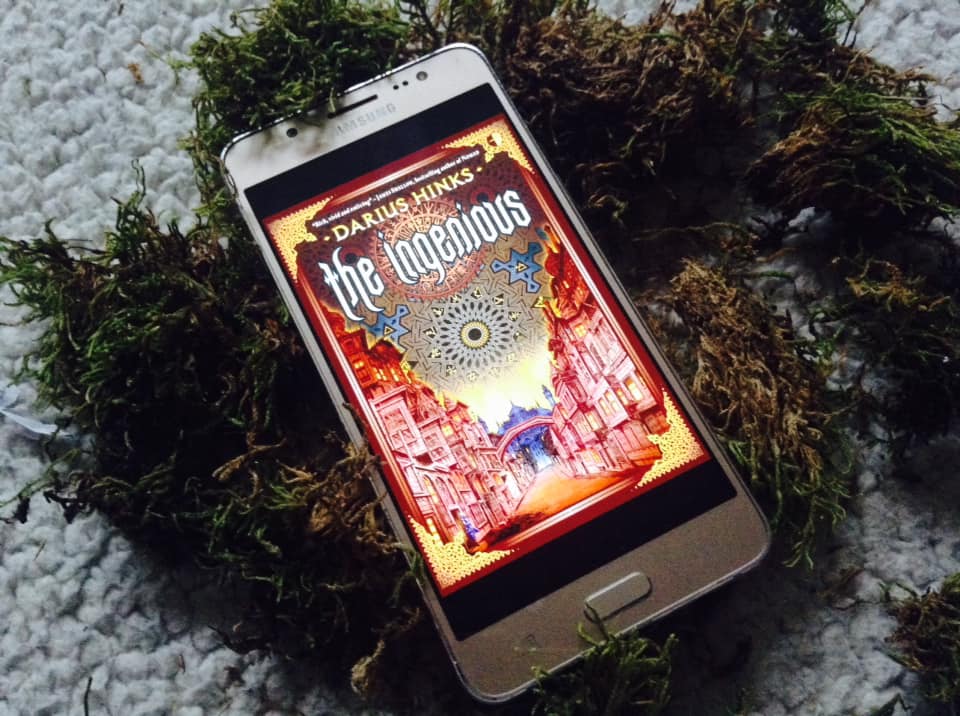 Thank you to Netgalley and Angry Robot for the review copy in exchange for an honest review.

Political exiles are desperate to escape from the impossible city that imprisons them, in this bloody and brilliant epic fantasy
.
Thousands of years ago, the city of Athanor was set adrift in time and space by alchemists, called “the Curious Men”. Ever since, it has accumulated cultures, citizens and species into a vast, unmappable metropolis.
.
Isten and her gang of half-starved political exiles live off petty crime and gangland warfare in Athanor’s seediest alleys. Though they dream of returning home to lead a glorious revolution, Isten’s downward spiral drags them into a mire of addiction and violence. Isten must find a way to save the exiles and herself if they are ever to build a better, fairer world for the people of their distant homeland.

The Ingenious is an interesting fantasy set in a world with a ‘floating’ city. If that sounds whimsical, the book is not. It is dark and gritty, and it failed to capture me.

At the start of the book we meet Isten who swalks over to her previous exile gang to rejoin. I was already lost at this point. For a good part of the book I felt like I was missing something. As if I should have read another story first. We just get thrown in with Isten and are expected to take all her relationships at face value. The same happens with the world. We get fed a lot of details about the city but never does the author truly sketch the overall view of the city or even the world.  We actually get more information from the synopsis than from the book. Adding on to that, is the believability of the alchemy. It is said it takes a lot of preparation to do alchemy. But never are we present for any of that. It is conveniently glossed over.

The details we do get of the city are interesting. It is run by the alchemist, one of them who rules over the others and was chosen by vote. The city mostly consists of immigrants from worlds down below that the city has visited. The city almost seems like an usurper. It takes but seems to give very little in return. At such they have battles with the ground on occasion. The city has formed various gangs, Isten’s Exile being one of them.

Isten is a troubled character that I could never truly warm up to. She goes through the motions. Drinks, takes drugs, argues with everyone, fights, kills. I couldn’t get a grip on her. What does she want? Who is Isten? The characters surrounding her aren’t much better. As said before I am missing pieces here. The exile apparently are fugitives from their home world but now they can’t return. One of the younger ones is their prophet of sorts and Isten is their chosen one? There is not enough explanation and the bonds between the characters aren’t explored enough with a basis in the past. You can’t expect me to believe they are all so bonded about where they are coming from when there such a distinct lack of culture and differences between them and the other gangs and inhabitants of the city.

In the end I settled on 3 stars because the writing itself is fine, there are a lot interesting things in this world that I think will grasp others. But I don’t think I’d be interested in reading anything else in this world or these characters.

3 thoughts on “The Ingenious // Book Review”