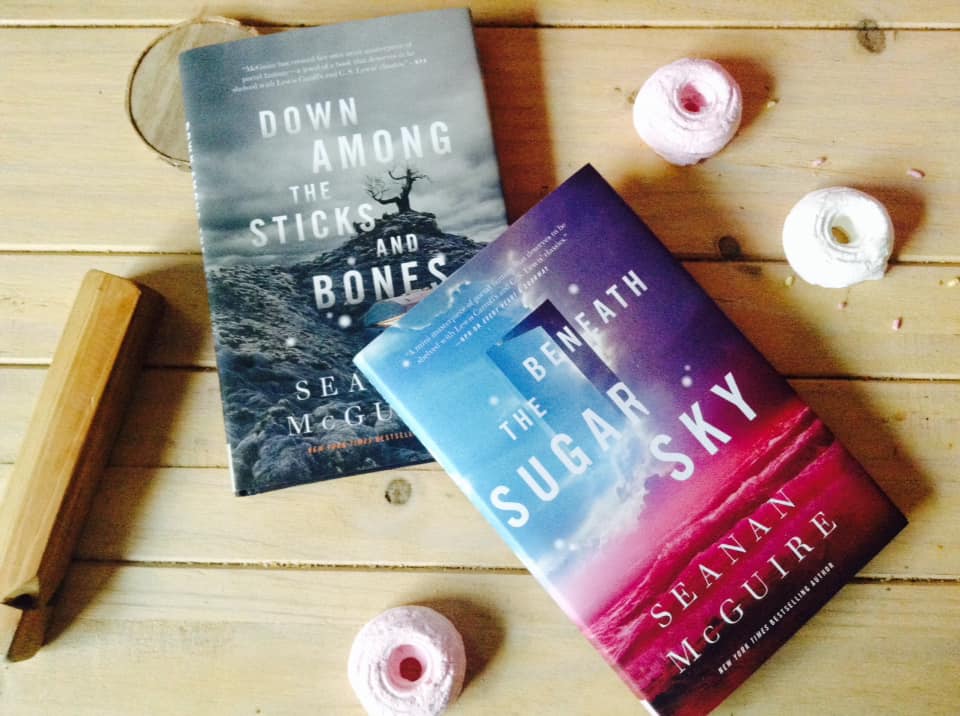 Series: Wayward Children by Seanan McGuire
Previously Reviewed in this Series:
Every Heart a Doorway / In an Absent Dream

While I had already read books 1 and 4 (as linked above to the reviews) in this series I had not yet read books 2 and 3. For that reason I decided to put them together for a mini review. Since these are just mini reviews I am not sharing a synopsis for a change.

This seems to be a favorite amongst many but this book couldn’t quite draw me in. This novella focuses on Jack and Jill who we first met in Every Heart a Doorway. They weren’t necessarily the ones I was drawn to the most in that one. In this book I felt very far removed from our two main characters but especially Jill. While they both go through changes in the new world, Jill’s change is the most drastic and the one that got the least attention. I feel like we followed Jack a lot more.

I did however appreciate the commentary in the first bit of the book on parents who try and fit their child to be one thing when they aren’t. Children should get the chance to discover things on their own and be a person away from their parents.

Beneath the Sugar Sky is a continuation of Every Heart a Doorway, a bit down the line. The plot centers on some of the consequences of what happened in Every Heart a Doorway. Though of course with a portal fantasy nothing is ever a normal consequence.  I just enjoyed this novella for what it was, a fun adventure that shows us some of the worlds the characters went too. It was a joy to see the familiar faces and to see how they were doing.

The reason this isn’t a 5 star read is that while the fat representation in this book seems quite solid, there were moments where I wondered why we were constantly being referenced back to Cora’s weight. It was just a bit too much for such a short story. Even so that was the only thing that felt off about the fat representation. Overall it was very positive which was nice to read as a fat person myself.