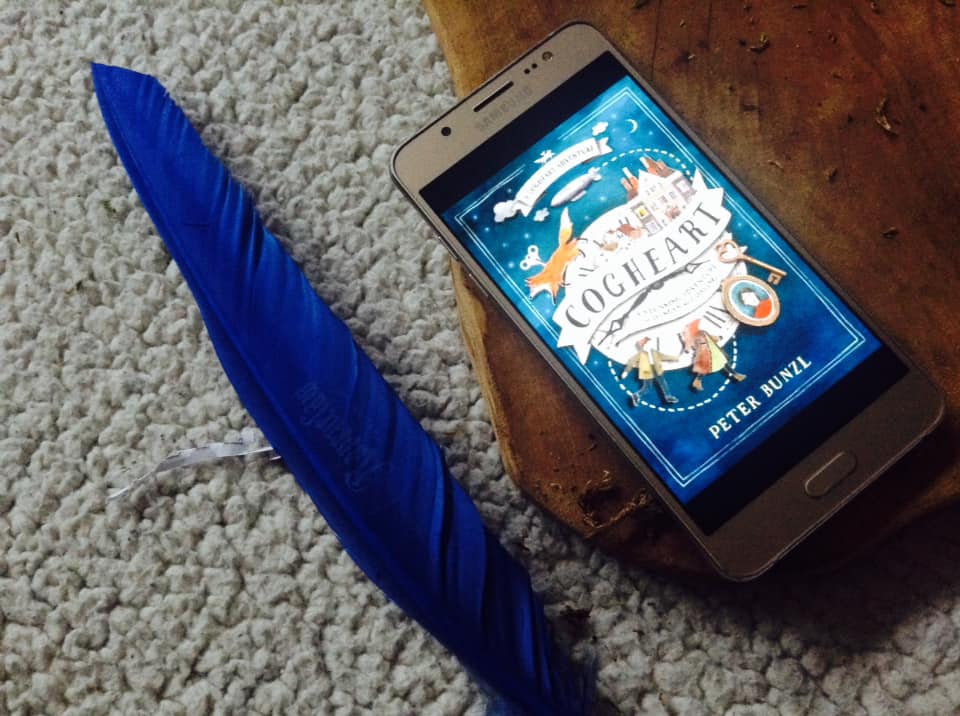 Thank you to Netgalley and North Star Editions for the review copy in exchange for an honest review.

Thirteen-year-old Lily Harman always dreamed of adventure. A strong-willed girl, Lily felt trapped in a life of Victorian stuffiness at her prim boarding school. But after her father-a famous inventor-disappears on a routine zeppelin flight, Lily’s life gets turned upside down.
.
Now cared for by her guardian, the heartless Madame Verdigris, Lily is quite certain that she’s being watched. Mysterious, silver-eyed men are lurking in the shadows, just waiting for their chance to strike. But what could they possibly want from her?
.
There are rumors, Lily learns, that her father had invented the most valuable invention ever made-a perpetual motion machine. But if he made such a miraculous discovery, he certainly never told Lily. And all he left behind is a small box-with no key, no hinges.
.
With the help of a clockmaker’s son, Robert, and her mechanimal fox, Malkin, Lily escapes London in search of the one person who might know something about her father’s disappearance-and what he left behind.

‘No one conquers fear easily, Robert. It takes a brave heart to win great battles.’

For a while I had my eye on Cogheart to purchase as an ebook. Then I stumbled upon it on Netgalley where it was getting a rerelease this year with North Star Editions and I knew I had to request it. This is just a lovely, delicious steampunk middle grade novel.

The story starts us off with Prof Hartman who gets attacked on his air ship. His mechanimal Maulkin escapes and is sent with a message to the professor’s daughter. If you think this book starts off with a bang I am sorry to say that the start was slow. That is also one of the biggest reasons I didn’t end up rating this book higher. It takes a while for the story to get going after that. The first half is telling us the situation. It is setting everything up. The plot doesn’t really pick up until Lily and Robert meet. Then the adventure truly begins.

The world building is fine but I do have some questions. There seems to be an emphasis made that mechanimals and mechs do not have a soul and are just things to discard. But Prof Hartman’s own mechs seem to be very different in this. Just Maulkin and the cook. There is an emphasis on that too. I wonder how he made them so different from others. Maybe this is something that will come up in later books? I hope so. I think that would be interesting to read.

Having said all that however the steampunk elements beyond that were great. It really speaks to the imagination with mechs, mechanimals and air ships. There were air battles and quick thinking on your feet. Things I’d want in any steampunk book. One of the things that I also really appreciated was that adults still tried to help. Robert’s father and their savior later one. Adults were the bad guys but not only that. Sometimes middle grade can be too black and white in that.

Characterwise Lily is a girl that is headstrong and knows what she wants. When the book starts she is in a prim boarding school, where she has to walk with books on her head instead of reading them. Something she would a disgrace. I liked her right from there on out.
Robert next to her is a very hesitant boy who grows throughout the book. He slowly finds himself. Learns that he can do things. That he has learned things from his father.

So overall I think this is quite a solid middlegrade steampunk book.