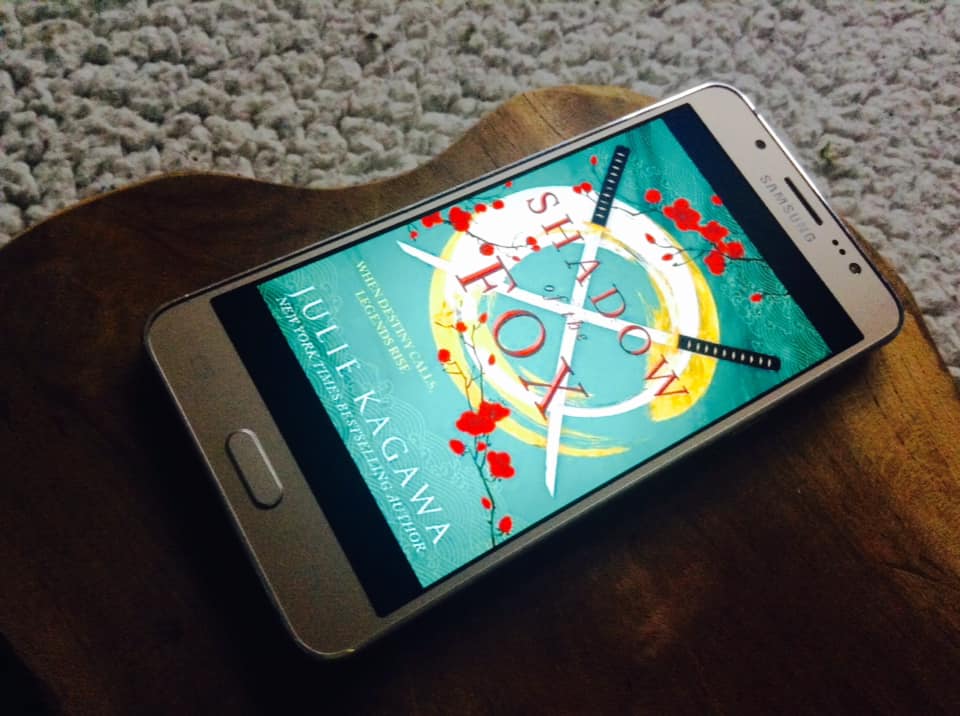 Thank you to Netgalley and Harper Collins for the review copy in exchange for an honest review.

A single wish will spark a new dawn. Every millennium, one age ends and another age dawns…and whoever holds the Scroll of a Thousand Prayers holds the power to call the great Kami Dragon from the sea and ask for any one wish. The time is near and the missing pieces of the scroll will be sought throughout the land of Iwagoto. The holder of the first piece is a humble, unknown peasant girl with a dangerous secret. Demons have burned the temple Yumeko was raised in to the ground, killing everyone within, including the master who trained her to both use and hide her kitsune powers. Yumeko escapes with the temple’s greatest treasure – one part of the ancient scroll. Fate thrusts her into the path of a mysterious samurai, Kage Tatsumi of the Shadow Clan. Yumeko knows he seeks what she has and is under orders to kill anything and anyone who stands between him and the scroll.

Over the years I’ve tried to read a few Kagawa books. The original Iron Fey books and later even Talon. None could really satisfy me when it came to characters or story. Was Shadow of the Fox amazing? No. But it was better than anything I’ve read of this author before.

I feel like this story shows in some writing that Kagawa did mature in her writing. I feel like the characters are less walking clichés and while the plot didn’t go entirely like I wanted to it also didn’t quite go the walked route either which I really enjoyed. So I am pleased with Shadow of the Fox on this front.

Shadow of the Fox is inspired by Japanese mythology and I really enjoyed that. There are so many familiarities that as a manga and anime fan I came across. In terms and used mythology. But there were also things that I hadn’t heard of before. So there were still new things to discover as well. I enjoyed the mythology aspects.

As for the story I liked the start. Initially it really grabbed me with Yumeko as a character. But as the plot really started it kind of dwindled. It stagnated as I didn’t get the sense of urgency from our characters as they traveled that the mission required. In the end however the story picked up tremendous speed and things really took off.

The combination of Yumeko with Tatsumi was also a factor in this. The story is told through dual first person point of view and while I mostly enjoyed Yumeko’s, Tatsumi’s was another matter. He was rather on the bland side to follow. And while I understand why that is, it didn’t make for a very interesting read. Normally I like characters like him, but I missed the interaction with the demon in his chapters. I missed the subtle influences the demon should be having on him. It made the ending a bit of a sudden emergence for me.

Yumeko was just a marvel. A wide-eyed, naïve but mischievous half Kitsune that suddenly gets thrown into having a task, a purpose, having lost everyone she’s known since birth. I loved how they picked up some strays along the way. The sarcastic rounin and our determined noble. It created an amusing group nearing the end. Something that the start missed.

Overal I think this is a good start to the series and if I have to rec anyone a Kagawa book, it certainly will be this one!